Instead, she’s a middle-aged owner of a failing laundromat, with a miserable husband gunning for divorce (Ke Huy Quan’s Weymond), a withdrawn daughter (Stephanie Hsu’s Joy), and an increasingly frail father (James Hong’s Gong Gong) who doesn’t yet know that his granddaughter is gay. It gets worse: It’s tax season, and their unsympathetic IRS auditor (Jamie Lee Curtis’ Deirdre) is breathing down their necks.

As if that weren’t complicated enough, the IRS office becomes a battleground for the fate of the multiverse as Evelyn learns that she’s the only one who can stop a multi-dimensional agent of chaos named Jobu Tupaki from undoing the fabric of reality itself. And to do that, she’ll have to tap into the skills, experiences, and memories of her other selves, no matter how many other identities it takes. 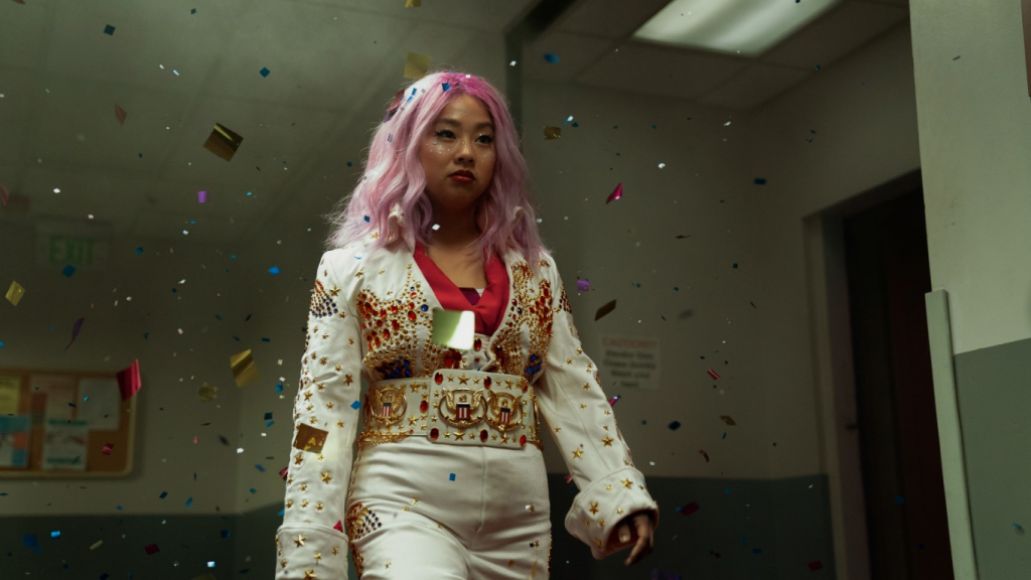 Including the Kitchen Sink: That paltry pair of paragraphs above is just about as barebones as you can get when describing the dizzying spectacle of Everything Everywhere All at Once. A24’s latest comes courtesy of the directing duo known as Daniels, best known for the “Turn Down for What” music video and 2016’s farting-corpse curio Swiss Army Man — they’re filmmakers of incredible, almost excessive imagination, throwing everything at the wall to see what sticks and reveling in everything that splatters to the floor anyways.

The concept of the multiverse, one that modern moviegoing audiences have been strangely prepared for lately (thanks Marvel!), gives them the perfect vehicle for their kind of dadaist experimentation. There are some loose rules, to be sure, albeit ones that allow for Daniels’ penchant for whimsy: Essentially, you can tap into your alternate selves by performing random actions you wouldn’t do in everyday life (thus bonding you with the version of you that did), forcing Evelyn to confess earnest love to Deirdre in the middle of an attack or make someone eat their own boogers to pick up a useful skill.

From there, Evelyn gets to experience the kinds of lives she could have led. In one, she’s a sign-flipper; in the other, a hibachi chef — both give her necessary fighting skills to survive the melee that ensues when Topaki’s goons take over their main-universe selves in the IRS office.

Somewhere, she’s a Michelle Yeoh-like movie star; elsewhere, she’s a sentient rock with googly eyes. Every minute, there’s a new world to discover, another silly gag for Daniels to relish in (three words: hot dog fingers). It’s an overwhelming, giddy delight, one that asks you to throw your hands up and go with its kaleidoscopic extremes. 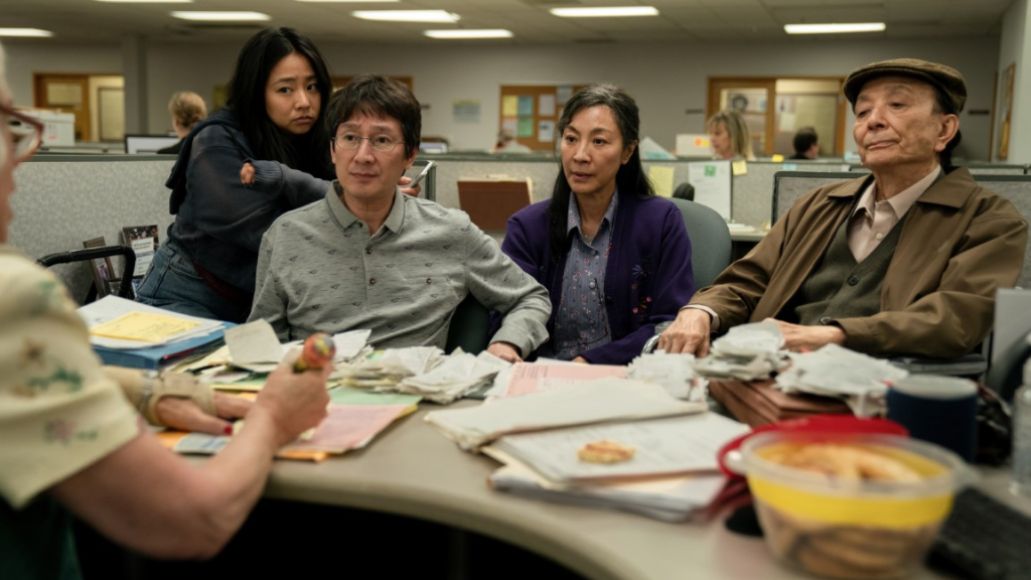 Everything Everywhere All At Once Is A Lot, and That's a Good Thing: Review