The film follows its subject, an Afghani refugee living in Denmark known as Amin, as he recounts his tragic past for the first time, touching on themes of sexuality, trauma, family, and the idea of home. Told through stunning animation and archival footage of late 20th century Afghanistan, Flee debuted at the 2021 Sundance Film Festival and subsequently took home the Grand Jury Prize.

Because of Flee’s unique blending of genres, the film landed itself in three major, yet distinct categories at the upcoming Oscars: Best Documentary Feature, Best Animated Feature, and Best International Feature (as the film is Denmark’s 2022 submission). This puts Flee up against wildly different films, from Pixar’s Luca to the prison-riot-centered Attica, and marks the first time a film has been nominated in all three categories in a single year.

Here’s a quick breakdown of each category and how Flee fits in.

Flee’s placement in this category is self-explanatory. The film portrays the true story of Amin through interviews and archival footage, exhibiting the textbook definition of a traditional documentary.

Fellow nominees include Ascension, which examines the modern Chinese dream, Attica, which details the 1971 Attica prison riot, Questlove’s Summer of Soul, which tells the story of the Harlem Cultural Festival, and Writing with Fire, which showcases India’s only newspaper run by Dalit women. 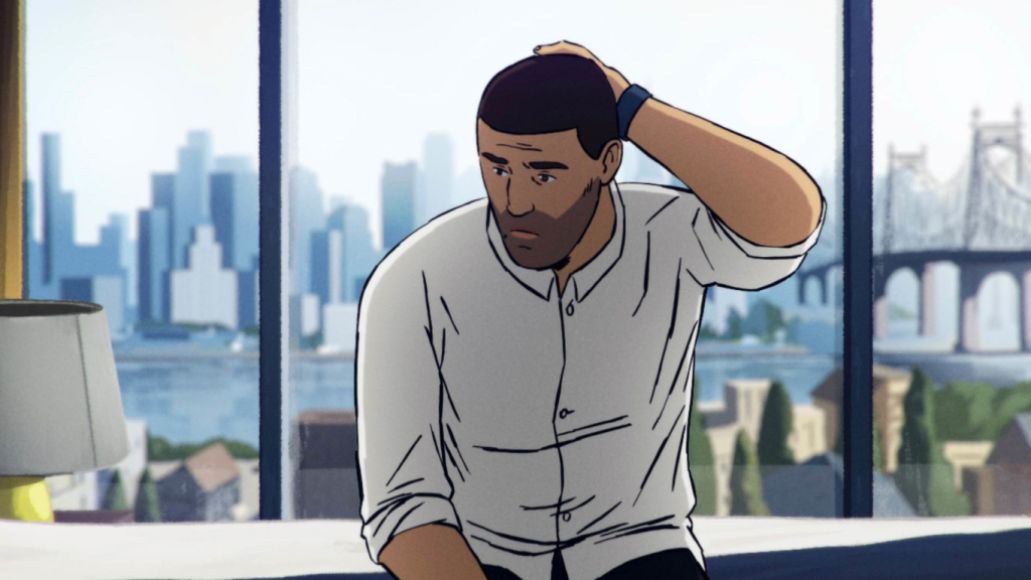 Similar to breakout animated documentaries of the recent past, such as 2016’s Tower, Flee utilizes animation to portray both its in-film interviews and visual recreations of past events. In Flee’s case, the decision serves a practical purpose as much as an aesthetic one, as Amin hoped to retain some anonymity throughout the film’s production and release.

Being almost entirely animated, the nomination for Best Animated Feature doesn’t exactly raise any eyebrows. However, placed within the context of Flee’s competition, the nomination reveals its novelty, as three out of the four films competing against Flee are family-friendly adventures produced by Disney. The lone competitor not produced by Disney, The Mitchells vs. The Machines, is also a kid-friendly, light-hearted comedy.

Though it received funding from studios spanning multiple countries, including the United States, Flee was officially selected as Denmark’s submission for the 2022 Oscars. The selection puts the film in the company of Italy’s The Hand of God, Bhutan’s Lunana: A Yak in the Classroom, Norway’s The Worst Person in the World, and Japan’s Drive My Car (also nominated for Best Picture).

Prior to gaining the Academy’s attention, Flee had already received praise from several notable sources: Bong Joon-ho, director of 2020 Best Picture winner Parasite, named it one of his favorite films of 2021 and multiple outlets featured it on their end-of-year lists, including the likes of Indiewire, Entertainment Weekly, and Guardian.

Though performing a modest $24,794 at the box office in its opening weekend, the film now boasts a worldwide gross of $657,035, according to Box Office Mojo, with showings continuing to expand. As reported by The Hollywood Reporter, the film sold to Neon for a seven-figure price tag following its Sundance debut.

The Oscars will be held this Sunday, March 27 at 8:00 p.m. ET — for more Oscars talk, here are Consequence‘s predictions for this year’s awards, and where to watch the 2022 nominees.

Flee is currently available on Hulu and showing in select theaters. Check out the trailer below.