Best known for his mashup production, Girl Talk (aka Gregg Gillis) has also spent the last decade occasionally working with rappers. Now, he’s teamed up with fellow blog era stalwarts Wiz Khalifa, Big K.R.I.T., and Smoke DZA for a collaborative album titled Full Court Press, out April 8th via Asylum/Taylor Gang. As the first preview, the quartet has put out the lead single “Put You On.”

Full Court Press marks Girl Talk’s first album since 2010’s All Day and includes a guest appearance from Curren$y, another rapper who comes from similar circles. The 10-track project began in 2017, when Gillis started collaborating individually with Wiz, K.R.I.T., and DZA. Eventually, Gillis realized the material could fit together within one cohesive body of work and brought everyone together for a multi-day studio session in Los Angeles.

“These guys all go back with each other over 10 years, so it was just a great energy in the room. I wanted to have an environment where they could do what they do best; try out a bunch of different ideas and have fun with it,” Gillis explained in a statement. “Wiz, K.R.I.T., and DZA all have very different styles. As a fan of each of them, I wanted to capture what it is that draws me to their music.”

Gillis also shared his different approach to making the LP in comparison to creating mashups. “It’s like with my previous albums, I’m trying to take pieces of all my favorite elements and then recontextualize it into something new,” he said. “With any particular sample or beat, I usually have a strong idea of what I’d like to do with it. But when working with other people, it might go somewhere else completely.”

“Working with Girl Talk, K.R.I.T., and DZA was a dope experience. We got to mix all our sounds together and make a true timeless classic,” Wiz said in a press statement. DZA agreed, calling the project “a perfect combo of swag, raps, weed, and lyrics that can’t be duplicated.”

The soul-sampling “Put You On” exemplifies this perfect combo. Marking the first track they recorded together for the project, it shows off Wiz’s effortless cool, K.R.I.T.’s precise delivery and lyricism, and DZA’s unique wordplay. Stream it below, followed by the Full Court Press artwork and tracklist.

In support of the album, Girl Talk is kicking off his first tour in nearly nine years. The North American trek begins in Cleveland on March 31st, making stops in Toronto, Chicago, Los Angeles, Austin, and Brooklyn before wrapping in his hometown of Pittsburgh on April 30th. See the full itinerary below; tickets are available now via Ticketmaster.

Meanwhile, Wiz and K.R.I.T. are set for US tours of their own. See the schedules below the jump. Grab your seats for Wiz here and snag tickets to see K.R.I.T. here. 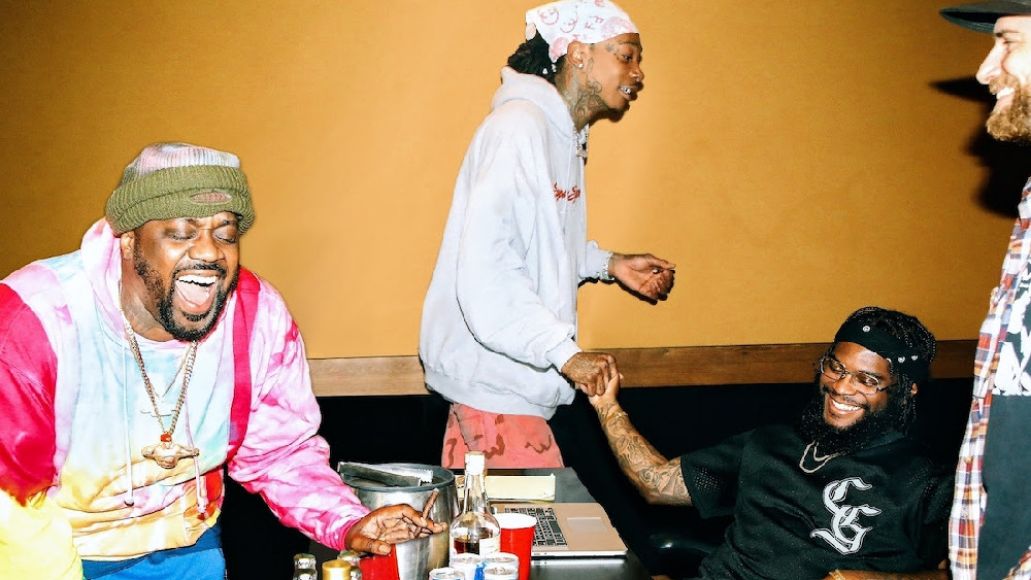