GWAR have announced the US leg of their 2022 “Black Death Rager World Tour.” Crowbar, Necrogoblikon, and The Native Howl will support the run.

The outing kicks off May 19th in Fort Wayne, Indiana, before wrapping up on June 17th in Reading, Pennsylvania. Tickets go on sale to fan club members tomorrow (March 3rd) and to the general public on Friday (March 4th). You can buy tickets via Ticketmaster.

Remarked GWAR’s Blothar the Berserker in a press release: “Ah, the cruel Spring, when life bursts forth and humans are reminded how dead they are inside! The horrific majesty of GWAR will blow through your town like painted ladies working the block for that rock.”

GWAR will be bringing their theatrical live show across the states in support of their upcoming album, The New Dark Ages. As previously reported, the band’s latest LP will be released on June 3rd alongside a tie-in graphic novel.

If you plan on attending any of GWAR’s upcoming tour dates, we recommend enhancing your Bohab concert experience with various products from the band’s Bud of Gods CBD line. Take the edge off and embrace the bloodbath that is GWAR’s stage show.

Previously, GWAR announced the UK and European leg of the trek. Below you can view the tour trailer, tour poster, and the full list of US dates. Get tickets here. 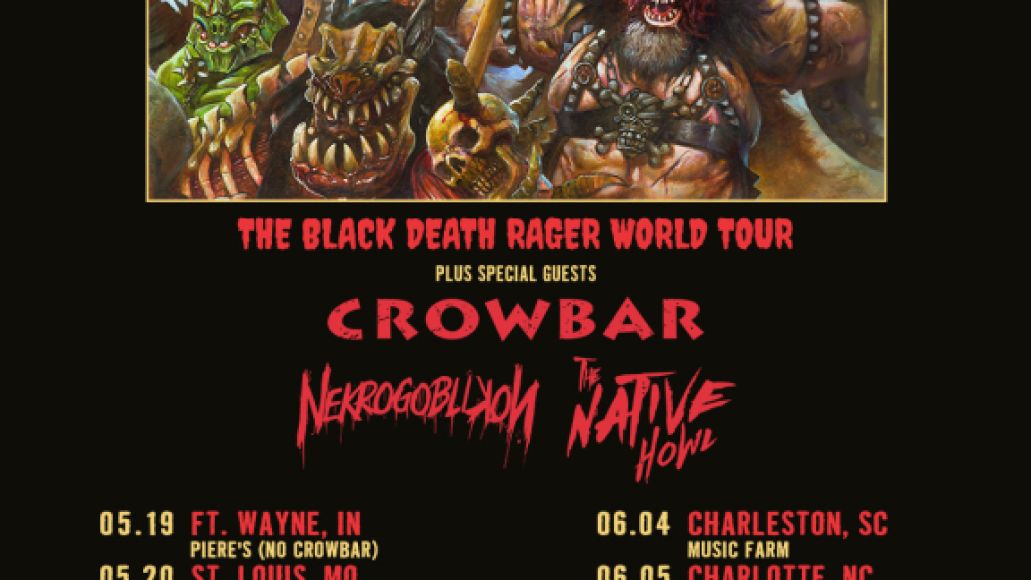