Chicago indie trio Horsegirl have announced their debut album Versions of Modern Performance. It’s out June 3rd via Matador, and to celebrate its pending arrival the band has shared the new single “Anti-glory.” As if that weren’t enough, Nora Cheng, Penelope Lowenstein, and Gigi Reece have unveiled an expansive 2022 tour.

Versions of Modern Performance was produced by John Agnello (Dinosaur Jr., Twin Peaks, Waxahatchee) and recorded at Electrical Audio studios. In a statement, the band said, “It’s our debut bare-bones album in a Chicago institution with a producer who we feel like really respected what we were trying to do.” The album spans 12 tracks, including the previously-released single “Billy.”

“Anti-glory” is built around two guitar riffs, the first a single note repeated before unexpectedly bending upwards, and the second a series of triplets that stays steady before descending. Verses full of words like “Spinning away,” and “turning away,” yield to a chorus with repeated invocations to “Dance/ Dance/ Dance/ Dance/ With me.”

The track comes with a music video directed by Erin Vassilopoulos, and you can check it out below. Pre-orders for Versions of Modern Performance are ongoing; scroll onwards to peruse the album artwork and tracklist.

On March 16th, Horsegirl will embark on the first leg of their 2022 world tour. It includes a four-night stand in Austin, stops in Chicago, New York, Los Angeles, Toronto, Vancouver, and London, and a swing through Germany. They’ll share billing with Lifeguard, Friko, Post Office Winter, and Dummy, and they’ll also be performing at Boston Calling 2022. The full itinerary is after the jump. Get your tickets here. 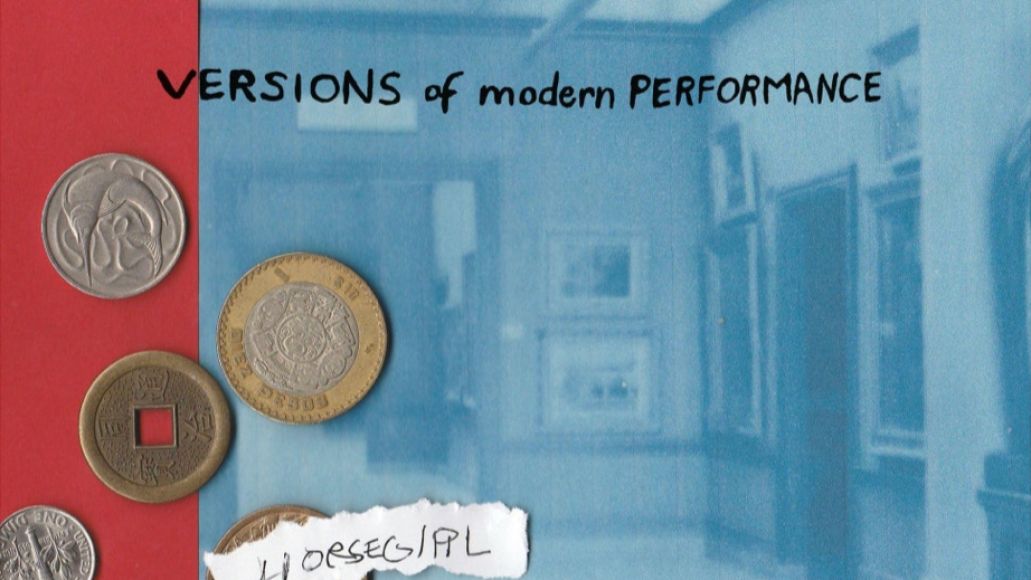