Not only does the show feature familiar Big Mouth hormone monsters Maury (voiced by Nick Kroll) and Connie (voiced by Maya Rudolph), as well as The Shame Wizard (voiced by David Thewlis), Love Bugs, and Anxiety Mosquitos, Human Resources also introduces dozens of new characters, including a “Logic Rock” named Pete (voiced by Randall Park), Petra the Ambition Gremlin (voiced by Rosie Perez), and many other fantastical creatures that represent the complex emotions of human beings.

Rather than dwell on the pubescent confusion of adolescence, the creatures of Human Resources serve humans of all ages, and throughout the show, snapshots of their various clients are revealed. There’s a new mother named Becca (voiced by Ali Wong), a man named Doug (voiced by Tim Robinson) who is deeply obsessed with the Phoenix Suns, and a Lebanese grandmother suffering from dementia.

Throughout their days accompanying these humans, the creatures fittingly deal with their own interpersonal drama: Early on in the show, a meta-joke suggests that the show’s creators pitched this like Big Mouth meets The Office, and though the show follows a much more sitcom-esque style than its predecessor, it’s certainly not much like the awkward workplace NBC comedy.

Instead, Human Resources introduces the brash, imaginative, and at times, genuinely insane comedy that Big Mouth boasts, once again taking weighty, vulnerable topics and exploring them with bombast and (perhaps a little too much) confidence.

The show primarily focuses on Emmy, an inexperienced Love Bug (voiced by Aidy Bryant) as she deals with the struggles and triumphs of Becca and her new baby. Emmy is a mess; she drinks way too much, has difficulties warming up to both the new baby and Becca’s husband, and she finds herself constantly pining for Dante, an “Addiction Angel” (voiced by Hugh Jackman). 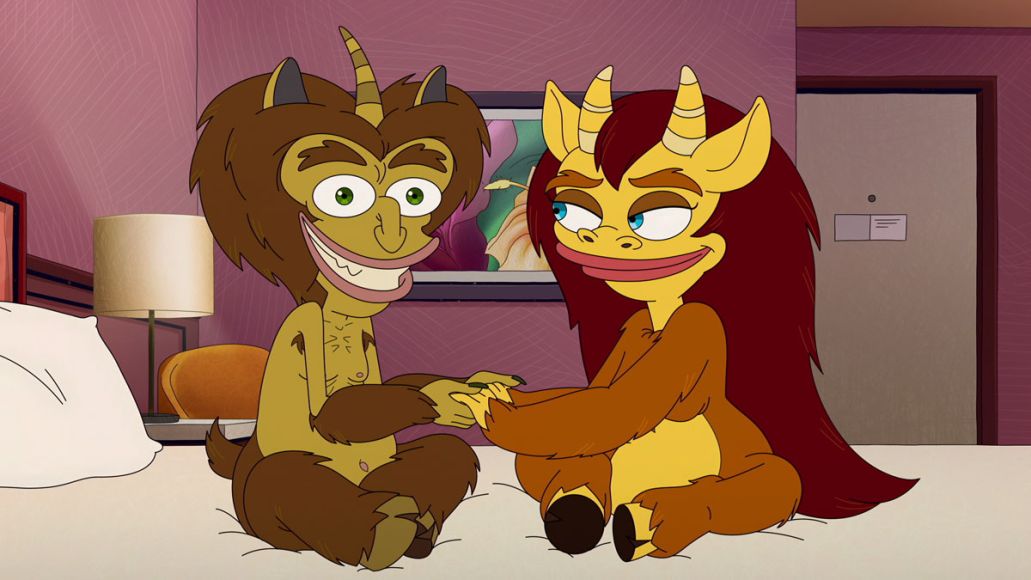 Though Emmy’s arc of learning to love is endearing, it’s the stories of the humans they serve that really elevates this show. The representation of Becca’s postpartum depression — and the emotional confusion that comes with it — is the show working at its best, exploring a concept that many know about, but don’t have the infrastructure to truly understand. Additionally, the show’s representation of dementia is genuinely remarkable and affecting, and the way love is tied to such a painful process is a beautiful insight from the show’s creators.

However, it wouldn’t be a Big Mouth spinoff without some of the raunchiest, sex-fueled comedy around, and unfortunately like its predecessor, not all of the jokes land. The hormone monsters in particular are given the most absurd plotlines, and it can be frustrating to see incredibly well-worked stories about human emotions sandwiched between crude, mostly unnecessary sex jokes. (When I say that this show isn’t meant for kids, we mean it!)

A True Fantasy Cast: Like Big Mouth before it, Human Resources is stacked with some A-list talent. In addition to voice acting from Jackman, Bryant, Park, Palmer, and of course, Kroll and Rudolph, there are dozens of excellent cameos, including Janelle Monae as a Bushwick-dwelling doula, Helen Mirren as a more senior sort of Shame Wizard, and Henry Winkler as an anthropomorphic sweater.

Usually, Kroll and Rudolph do lots of heavy lifting in the comedy department, though in Human Resources, other actors take the lead much more often. Park does a great job lifting the type-A comedy of his “Logic Rock” character, Rosie Perez’s foul-mouthed “Ambition Gremlin” is a perfect role for her, and Keke Palmer’s performance as Rochelle the Love Bug is infectious.

Aidy Bryant finds her stride as Emmy later on, though it’s not her strongest performance overall; often Bryant resorts to accentuating comedic bits with the same hokey voice she’s known for on Saturday Night Live, and it isn’t until the show begins to deal very seriously with depths of emotions that she begins to truly shine on her own.

Luckily, the show manages to pull off the ensemble story format very well, using different combinations of characters from scene to scene to keep the show feeling fresh. They use every opportunity in between scenes to show brief glimpses of life outside the office, including a variety of colorful monsters, quick visual gags, and background jokes galore. 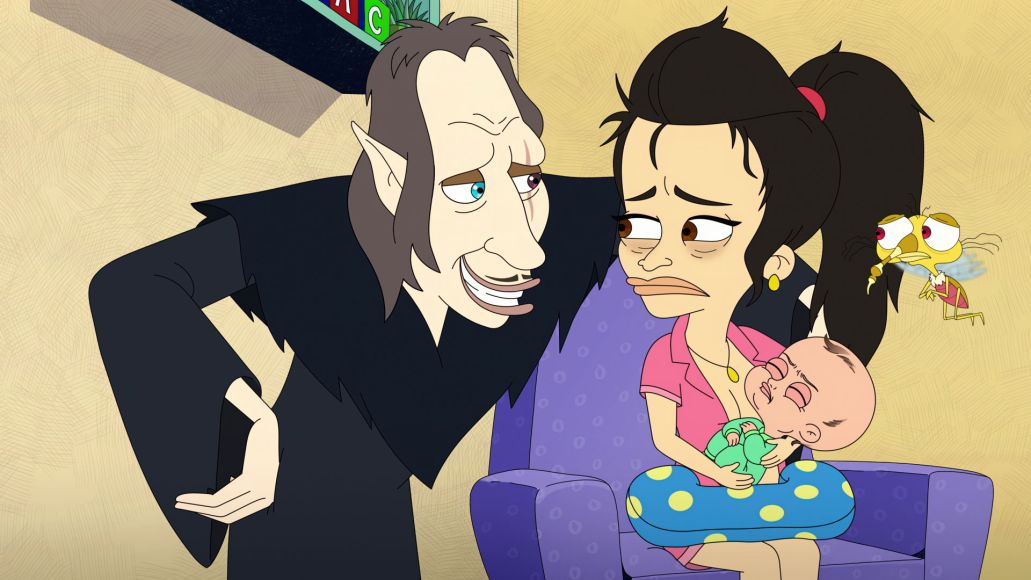 The Verdict: Big Mouth is arguably as successful as it is because of the care and consideration its creators put into exploring that which makes us human — including the ugly, more traditionally “shameful” parts. And it does so, remarkably, by telling some of the most unhinged jokes on television, but they get away with it because of how well they can reflect authenticity and real human experiences.

Human Resources continues this path of exploring human emotion and its evolution from situation to situation, and it does so with empathy and compassion. Yet, it often feels like the unhinged behavior that’s juxtaposed with these real, authentic issues is so gratuitous that the show ends up feeling like it’s 90% nonsense, 10% meaningful.

As Big Mouth approaches its sixth season, the show definitely feels…tired. Each season is more developed, and simultaneously unhinged, than the last — so it’s fitting that the show’s creators decided to create a vehicle for Big Mouth’s most fantastical and absurd moments.

Human Resources is definitely an outlet for the most ridiculous of concepts, and the writers make no mistake exploring the furthest extent that they can take these jokes to. Yet, with each ensuing storyline, it’s a bit obvious that the creators don’t quite know what they want this show to be.

Still, they absolutely nail the thematic conflicts represented by the monsters’ clients on earth: whether that’s the difficult choice between young love and ambition, the nuanced pain that comes with caring for an elder with Alzheimer’s, the indescribable trauma and loss that can plague new mothers, or simply realizing that love means showing up for the ones you care about.

These topics are explored beautifully and are worthy of depicting on all counts—but it’s the fact that this is all juxtaposed with talking anuses from Boston, crude poop jokes, some of the most graphic animated sex jokes on television, and an overall lack of cohesion that detracts from these beautiful revelations.