With each new album, Ghost mastermind Tobias Forge assumes a different persona (Papa Emeritus, Papa Emeritus II, Papa Emeritus III, Cardinal Copia, and now Papa Emeritus IV). Despite revealing his identity a few years back, Forge has maintained an air of mystery around the Swedish group, thanks to a backing band of masked “Nameless Ghouls” and a continuous storyline that constantly leaves fans wondering what the next chapter is for the devilish metal act.

Forge’s master plan is obviously working, as Ghost have systematically become one of the world’s most popular metal bands over the past decade. IMPERA is their first new studio album in four years (Prequelle having dropped in 2018) and fifth overall.

Ghost are so big now that they are headlining arenas in the United States, so it’s fitting that the new album owes a great deal of its inspiration to ‘70s arena rock. Looking at Ghost visually doesn’t necessarily conjure up thoughts of bands like Kansas, Styx, and Foreigner, but one listen to IMPERA will bring those acts to mind.

That said, Ghost have always managed to fit in with today’s crop of melodic hard-rocking bands while possessing unmistakable links to yesteryear. The LP kicks off with a cool Maiden/Priest-y guitar harmony instrumental, “Imperium,” while the epic-yet-melodious “Darkness at the Heart of My Love” sounds like a distant cousin of early Queen. The tune that is seemingly most aimed straight at the mainstream is “Watcher in the Sky,” which contains a chorus so simple-yet-catchy that the song actually begins with it.

While IMPERA offers an expansion of Ghost’s sound, the result is a somewhat incongruous album. Following the instrumental “Imperium,” the LP’s first tune to feature vocals, “Kaisarion,” is a sing-songy number that even has — dare we say it — pop-punk elements. Perhaps Ghost would have been better off walloping the listener over the noggin straight away with the aforementioned — and far superior — “Watcher in the Sky.”

Overall, IMPERA keeps Ghost’s winning streak going and proves once again that Mr. Forge surely knows what he’s doing as the group’s leader. Despite some inconsistencies, the album’s standout tracks succeed in matching up to some of the band’s most beloved songs. And this far into his career, it appears that Forge’s songwriting well is still running impressively deep, leaving us curious, as always, for what’s next to come from Ghost.

Essential Tracks: “Watcher in the Sky,” “Darkness at the Heart of My Love,” “Spillways” 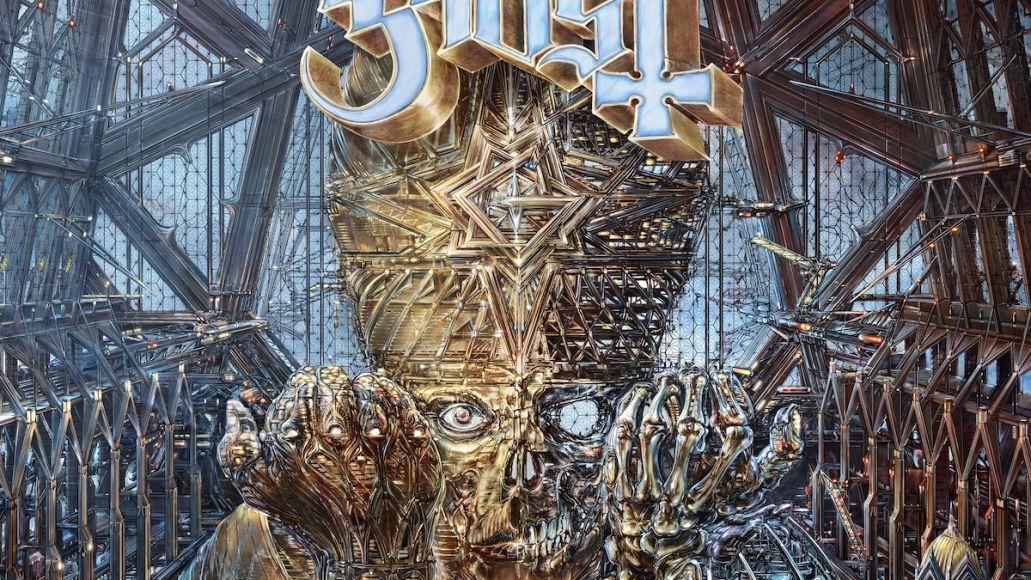