What do celebrity chef and TV host Alton Brown and Grammy-nominated indie rock star Michelle Zauner (AKA Japanese Breakfast) have in common? Quite a few things, believe it or not; both have a passionate love of food, with Alton Brown hosting multiple Food Network shows and Zauner exploring the relationship between food, love, and grief in her memoir, Crying in H Mart.

Not only that, they’re both musicians; Zauner released her excellent third studio album Jubilee last year, whereas Brown is currently trekking across the country with his “ABL: Beyond The Eats” tour, which features him fronting a live band every night in addition to food science experiments, live cooking, and more. Together, they’re both ambassadors and sonic enthusiasts for Fender’s new futuristic and visually stunning Player Plus Meteora guitar.

Though Brown confesses he’s not at Zauner’s level when it comes to guitar mastery, he definitely holds an appreciation for Fender guitars. “I have a Fender guitar in my hand each and every working day,” says Brown regarding his tour, “I get by with what I gotta do!”

Meanwhile, Zauner is currently in Austin, Texas, playing a few shows for SXSW, where she will also serve as a Keynote Speaker. She’ll then hit the road once again for a busy spring and summer of festivals and headlining dates, and true to form, she’s looking forward to trying some excellent food in each location. “I’m really excited to play Coachella this year, because obviously LA has really great Korean food,” she says.

Elsewhere, Brown is gearing up to release another Good Eats book in April, as well as what he describes as a “rather large TV streaming project” set for later in the year.

The unlikely pair met together at a Fender event in March and chatted with Consequence about all things food, music, and touring. Check out the full Q&A with Alton Brown and Michelle Zauner below.

What are your go-to tour routines? Especially when it comes to food — do you both like to go out to eat at every single tour stop?

Michelle Zauner: I think it really depends on where we’re at. Certain cities definitely have better off another. I’m really excited to play Coachella this year, because obviously LA has really great Korean food. And Coachella in particular has really excellent catering that I’m very excited to revisit, especially their vast variety of Spa waters that they have in a tent, which I haven’t been to in some time. [Laughs] But other than that, yeah, I mean, I haven’t been to the west coast for a little bit. And so I’m always really excited to go there and eat the food there.

Do you consider yourself a good cook?

Zauner: I do really enjoy it. I think it’s similar to music in the sense that it’s all you, you get to rely on your intuition. And there’s certainly a type of cook that is very proficient and has a certain skill set in the same way that musicians can be highly skilled. But also, it’s totally possible to write really compelling music with intuition alone. So I think those crafts are kind of similar in a way. 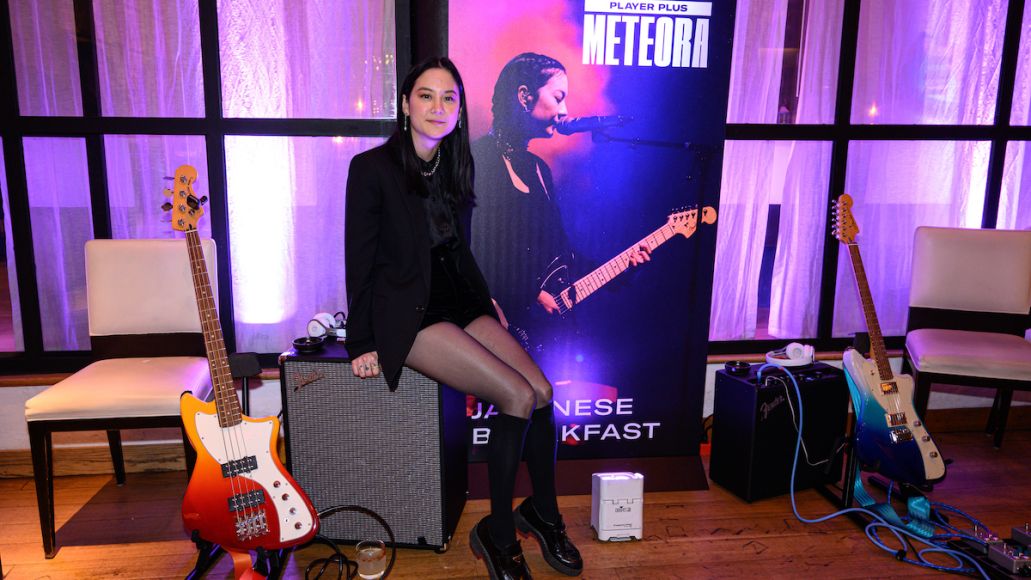 Alton, do you have any music that you really enjoy cooking to? Any albums that you like to have on in the background?

Brown:  I cook to everything — my wife and I are huge vinyl fans. So I mean, we’ve got records stacked up all over the place. There’s not one thing — it could be opera one day, Led Zeppelin the next, then maybe some deep blues cuts from the ’50s. Just depends on what hits the platter.

What music have you been into lately in particular? Anything that’s inspired you?

Brown: Well, I’ve actually had Japanese Breakfast on heavy rotation. Because although I was a fan of paprika, and a few other songs, I was not deeply knowledgeable. So I’m much more into it now. And by the way on Spotify, their radios are pretty great. And then during our tour, all of our house music is ’60s and ’70s theme songs from either police shows or science fiction shows, so I’ve got that in my head all the time whether I want it there or not.

I would love to know about your food routines on tour, too.

Brown: Well, you can’t cook on the bus because it stinks up the place. We’ve three buses and an 18-wheeler, and my wife and dogs and I have a bus to ourselves. But if you cook one fish on the bus, it’s there as a permanent guest for the next five weeks. So you can’t do that. We try to eat only what the locals recommend to us online and through our social media.

But one of the curious things that you find is that in some communities, their favorite food tastes like ass. Which is actually really important, because if everybody loves your local food, then everybody imitates it — this is what happened to the Buffalo chicken wing, for instance. And now, there are better chicken wings in other cities. So the real key to having a local specialty is to make sure that tourists don’t like it very much. That keeps it special and keeps it yours. My example is Cincinnati Skyline chili, which tastes like a combination of spaghetti and baby puke, but they love it. They love it. And no one tries to imitate it. That’s all I have to say.

Japanese Breakfast and Alton Brown on Cooking, Music, and Cooking While Listening to Music