Earlier this month, King Gizzard and the Lizard Wizard announced a new album called Omnium Gatherum by sharing the single “The Dripping Tap.” Now, the Australian rockers are ready to share more details about the forthcoming LP, starting with another new song, “Magenta Mountain.”

King Gizzard and the Lizard Wizard previously referred to Omnium Gatherum as their own White Album. After making three records during the pandemic entirely remotely, the LP was the first time the band recorded together in two years, and in their reunion excitment, they created a sprawling, genre-hopping double album. Track two of 16, “Magenta Mountain,” shimmers with vibrant keys and compressed drums, a candy-coated pop song swaddled in a few extra minutes of psychedelic experimentation.

KG multi-instrumentalist Ambrose Kenny-Smith discussed the origins of “Magenta Mountain” in a statement. “You know when you have a really weird vivid dream and it sticks with you like glue? One day I came into the studio and Stu was trying to write one of them down,” Kenny-Smith said. “He kept banging on about this paradise called Magenta Mountain that he had seen but none of us believed him. Every day since then he’s been still trying to convince us all that it’s real and one day he will.”

Omnium Gatherum arrives in full on April 22nd, and pre-orders are available now. Check out a live video for “Magenta Mountain,” and the album’s artwork and tracklist, below.

Next month, King Gizzard and the Lizard Wizard will embark on a massive world tour, which you can grab tickets to via Ticketmaster.

Earlier this month, the band teamed up with Tropical Fuck Storm for the EP Satanic Slumber Party. 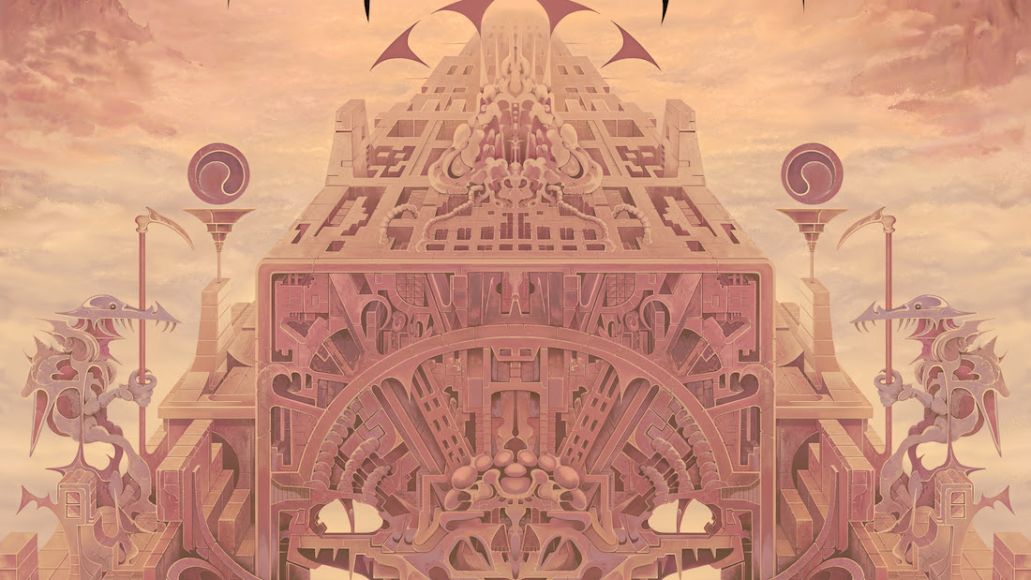