The lineup for the 2022 Louder Than Life festival has just been announced, and it’s being billed as its “biggest year yet” — with good reason. The headliners of the jam-packed four-day fest are Nine Inch Nails, Slipknot, KISS, and Red Hot Chili Peppers, with dozens more noteworthy bands also on the bill.

Friday (September 23rd) will see Slipknot closing out a bill that includes Shinedown, Lamb of God, Mastodon, In This Moment, Meshuggah, Clutch, Jinjer, GWAR, In Flames, Helmet, Amigo the Devil, Vended, and more.

And Red Hot Chili Peppers will put a wrap on the fest on Sunday (September 25th) on a day that also boasts Alice In Chains, Incubus, Papa Roach, The Pretty Reckless, Architects, Bad Religion, Action Bronson, The Struts, Dirty Honey, and more.

“This is how you do festivals right,” stated Slipknot percussionist Shawn “Clown” Crahan. “Four days of incredible music with so many talented artists. Slipknot is excited to share the stage with Nine Inch Nails, KISS and so many more. Stay safe, and we’ll see you in Louisville.”

In addition to the music, Louder Than Life bills itself as the “World’s Largest Rock ’N’ Roll Whiskey Festival,” as it also hosts four days of award-winning whiskey, bourbons, spirits, craft beer, and food.

See the full Louder Than Life lineup in the poster below, and pick up tickets here. 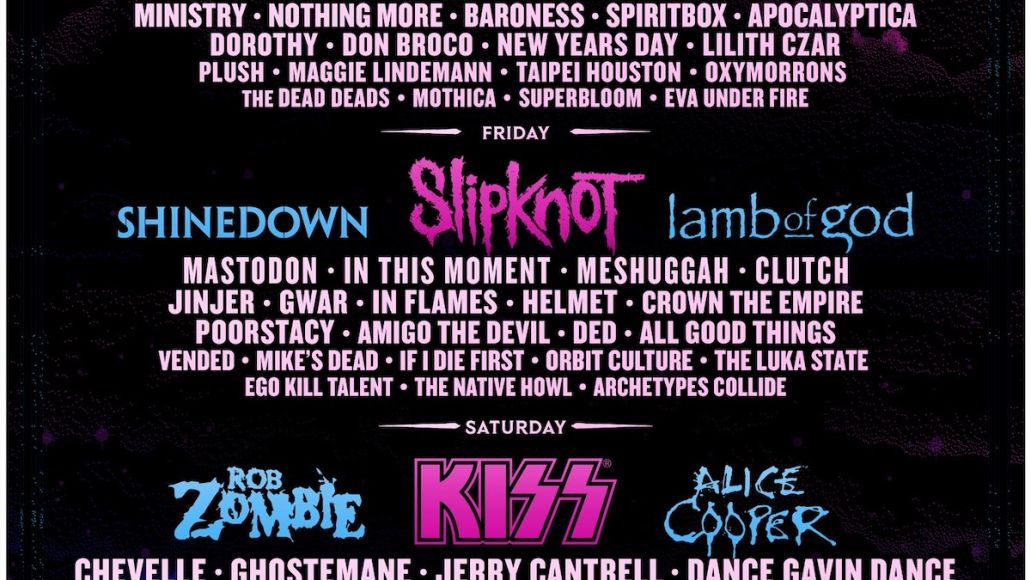