Legendary rockers MC5 are releasing a new album under the band name We Are All MC5, led by founding member Wayne Kramer. Ahead of the LP, the band has unveiled the single “Heavy Lifting” featuring Tom Morello — the first new MC5 music in 50 years. Additionally, Kramer will take a “reanimated” version of the band out for a brief US tour in May.

The MC5 are nominated for induction into the Rock & Roll Hall of Fame this year, and for good reason. Despite only releasing three albums — 1969’s Kick Out the Jams, 1970’s Back in the USA and 1971’s High Time — the band has had a profound influence on both punk rock and hard rock.

The group broke up in 1972, but re-formed in 1992 to play one show in honor of late vocalist Rob Tyner, who died in 1991. Tyner’s passing was followed by the death of fellow classic member Fred “Sonic” Smith in 1994. A more extensive reunion followed in 2005, with The Dictators’ Handsome Dick Manitoba taking lead vocals, until classic bassist Michael Davis died in 2012. In 2018, Kramer embarked on the MC50 tour with an all-star lineup of musicians filling out the touring lineup.

“Nonstop touring, especially the last decade, I’ve come to understand that the music of the MC5 is as necessary as ever,” stated Kramer. “It’s definitely high time to write and record new songs and to carry a message of uncompromising hard rock to fans around the world.”

The new song “Heavy Lifting” not only features Tom Morello, but was co-written by the Rage Against the Machine guitarist. It also features Brad Brooks on vocals and classic MC5 drummer Dennis “Machine Gun” Thompson on drums.

The B-Side to “Heavy Lifting” boasts another new recording, “Edge of the Switchblade,” which offers an update of a Wayne Kramer solo song, and features Alice in Chains singer William DuVall sharing lead vocals with Kramer.

The new album is being produced by the legendary Bob Ezrin and will arrive via Ear Music, although no release date has been announced as of yet. Check out a portion of the new song “Heavy Lifting” as well as a tour teaser below, followed by the tour dates. 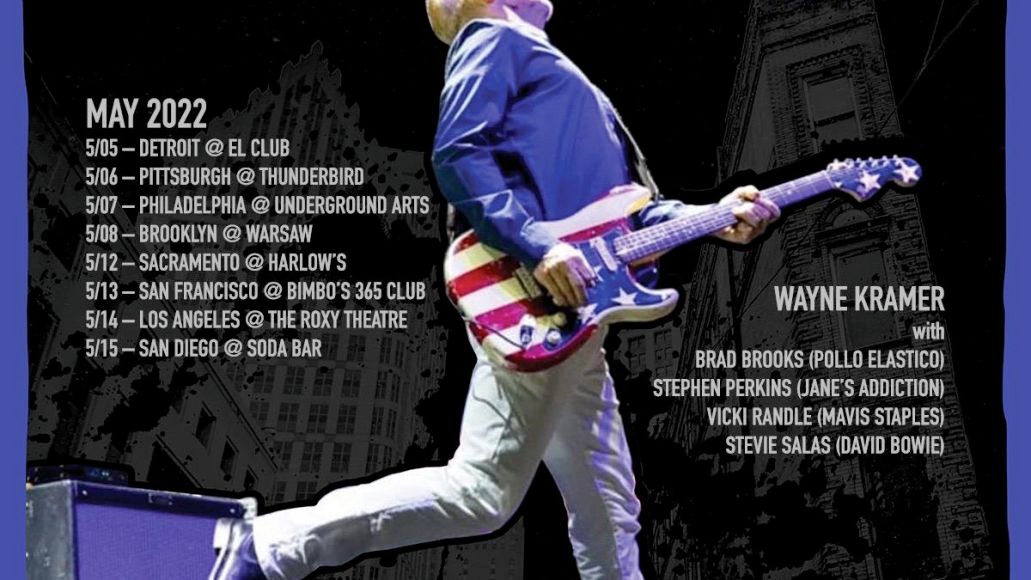