The Pitch: When Moon Knight viewers first meet Steven Grant (Oscar Isaac), he’s a simple man living a relatively simple life in London, working a menial job as a museum gift shop employee and struggling to connect with the people around him. While a bit of an odd duck, personality-wise, Steven has a good heart but a big secret: He keeps experiencing missing time, waking up in strange locations no matter how hard he tries to stay awake or chain himself up in his sleep.

The cause for these lapses, as we soon learn, is that Steven shares his body with an entirely separate personality — that of a man known as Marc Spector, who’s caught up in some complicated business involving a golden scarab, a cult leader named Arthur Harrow (Ethan Hawke), and as we eventually come to discover, the modern-day presence of ancient Egyptian gods, who use “avatars” like Marc to engage with our world.

Like so many unlikely heroes before him, Steven is ejected from his comparatively comfortable life to go on a dangerous adventure — except in his case, the Gandalf/Obi-Wan Kenobi bringing him along is the other personality living inside his body, and it’s dangerous business to mess around with the gods…

Not Your Typical Origin Story: Moon Knight is arguably the most unconventional MCU series to date, and even after watching four episodes of Season 1 (out of six) it’s hard to say where things are going, and if they’ll ever feel connected to the other aspects of Phase 4 in play.

A core aspect of the Disney+ MCU shows is that they provide the franchise with an opportunity to spotlight lesser known characters within the Marvel universe, but this is the first series to date that’s fully focused on introducing a brand new hero (and his friends and enemies).

It won’t be the last show like this, by a long shot — Ms. Marvel and She-Hulk are both coming later this year — but beyond the set decoration packed with Easter eggs reflecting daily life in this post-Blip world, there’s very very little to connect Moon Knight with the rest of the MCU. 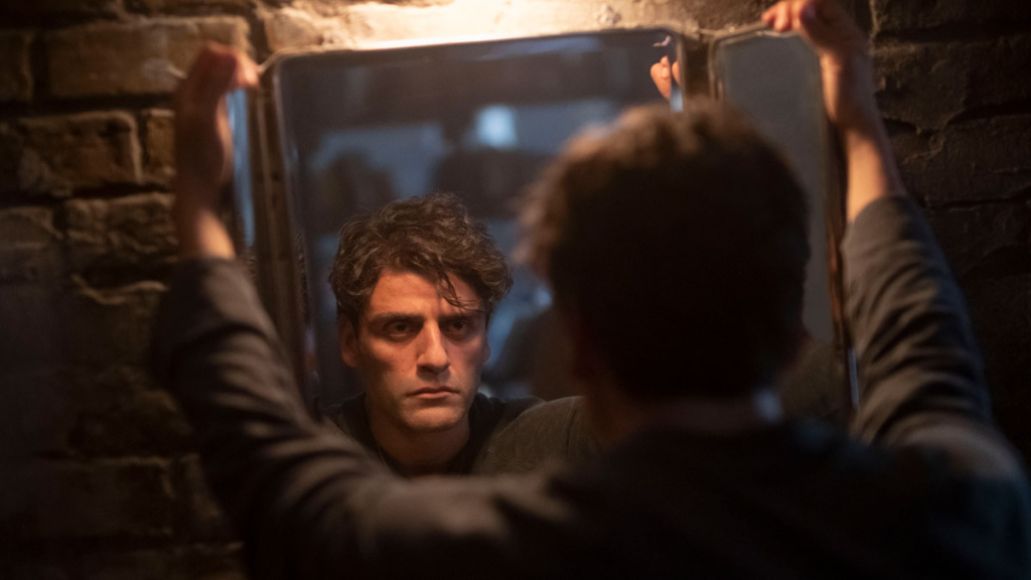 Without the crutch of previously introduced characters, that means Moon Knight has to rely entirely on its own merits, and there are many positive things to call out in this regard. For one thing, there are some staggeringly good action sequences, including a cupcake van chase battle in Episode 1 that uses Steven’s gaps in perception for both great dramatic and comedic effect, and a hand-to-hand combat scene in Episode 3 where the editing gives each movement time to breathe, creating a fresh and grounded feel.