Since beginning a relationship with Kim Kardashian late last year, Pete Davidson has been at the receiving end of Kanye West’s fury. The Donda rapper has verbally and physically threatened the SNL comedian, including in a pair of music videos in which West decapitates, skins, and buries Davidson alive. Finally, Davidson has responded to West… in a series of text messages sent from Kardashian’s bed.

Davidson’s friend and collaborator, Dave Sirus, shared photos of a lengthy text exchange between Davidson and West in a since deleted Instagram post (see below). In the first message sent early Sunday morning, Davidson jokingly referred to himself as “Skete” (the same nickname given to him by West) and complimented Kardashian’s abilities as a mother. “I’ve decided I’m not gonna let you treat us like this anymore and I’m done being quiet.” Davidson wrote, adding: “Grow the fuck up.”

When West asked Davidson of his current whereabouts, Davidson responded, “In bed with your wife,” alongside a selfie.

Kanye responded by commenting that he’s “happy to see [Davidson] out of the hospital and rehab.” But Davidson took the slight in stride, writing: “Same here. It’s wonders what those places do when you go get help. You should try it.”

Davidson then asked to meet up with West: “I’m in La for the day if you wanna stop being a little internet bitch boy and talk… You don’t scare me bro. You actions are so pussy and embarrassing. It’s so sad to watch you ruin your legacy on the daily.”

West offered to meet Davidson at a staging of his Sunday Service. Davidson instead proposed they meet at his room at the Beverly Hills Hotel and speak “privately one on one. Man to man.”

When West said he would only meet with Davidson at Sunday Service,” the comedian responded, “This isn’t public dude. I’m not here for pictures and press. Which is obviously all you care about. My offer still stands.”

Davidson then proceeded to extend an olive branch to West by sharing his own struggles with mental health. “It’s not an easy journey. You don’t have to feel this way anymore. There’s no shame in having a little help. You’ll be happy and at peace.” Davidson also said he’s stopped SNL and fellow comedians from making jokes at West’s expense.

“I have your back even though you treat me like shit because I want everything to be smooth,” Davidson wrote to conclude his text. “But if you want to continue me like you have the past 6 months I’m gonna stop being nice.”

Earlier on Sunday, West posted a series of Instagram videos in which he lashed out at Kardashian for allowing their daughter to use TikTok without his permission. He also claimed that he has no say in where their children go to school, and accused Kardashian of not allowing the children to attend his events including this month’s Donda 2 listening party and his Sunday Services. “There’s no such thing as 50/50 custody in society today. It always leans towards the mom,” West said in one video. 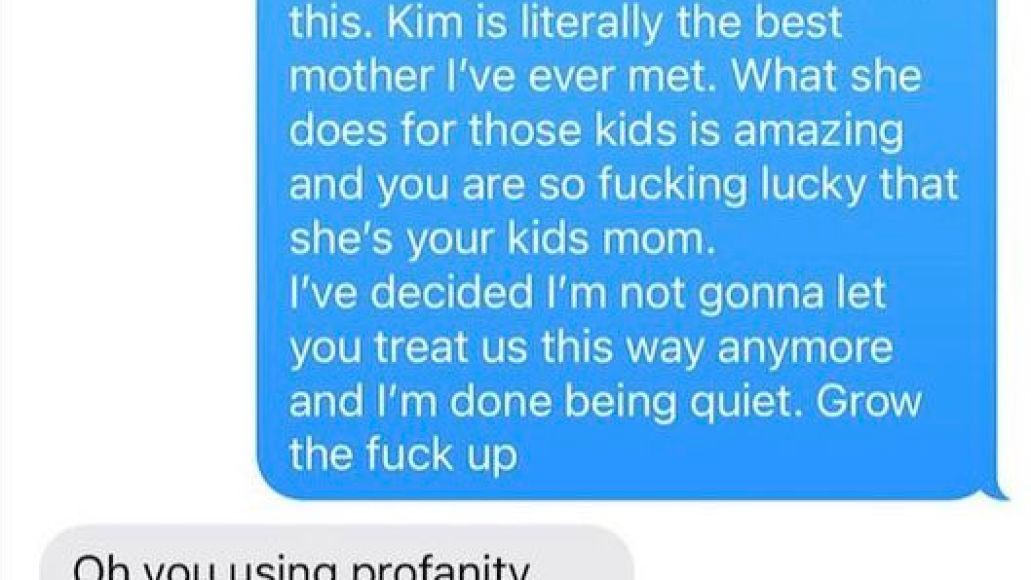 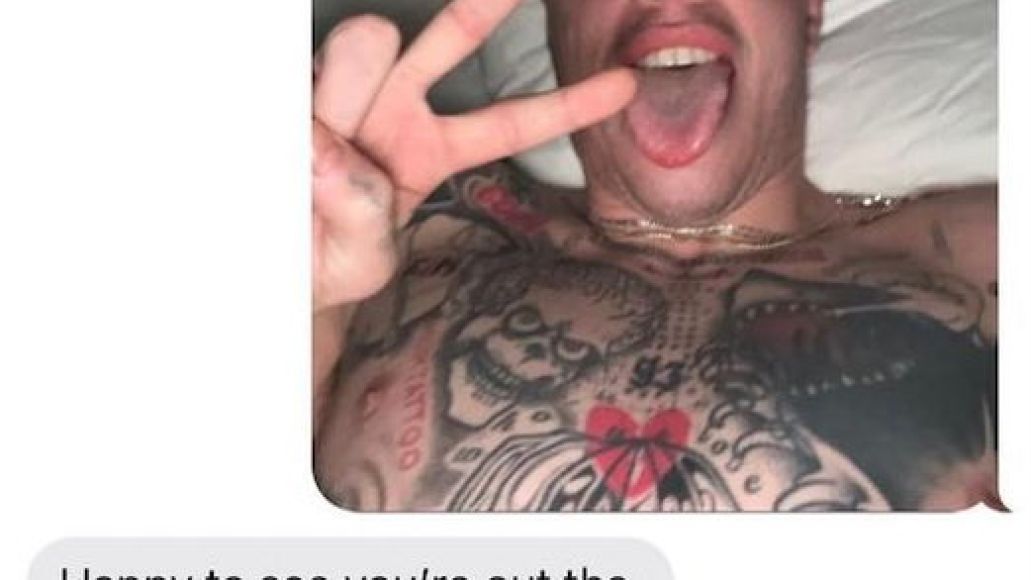 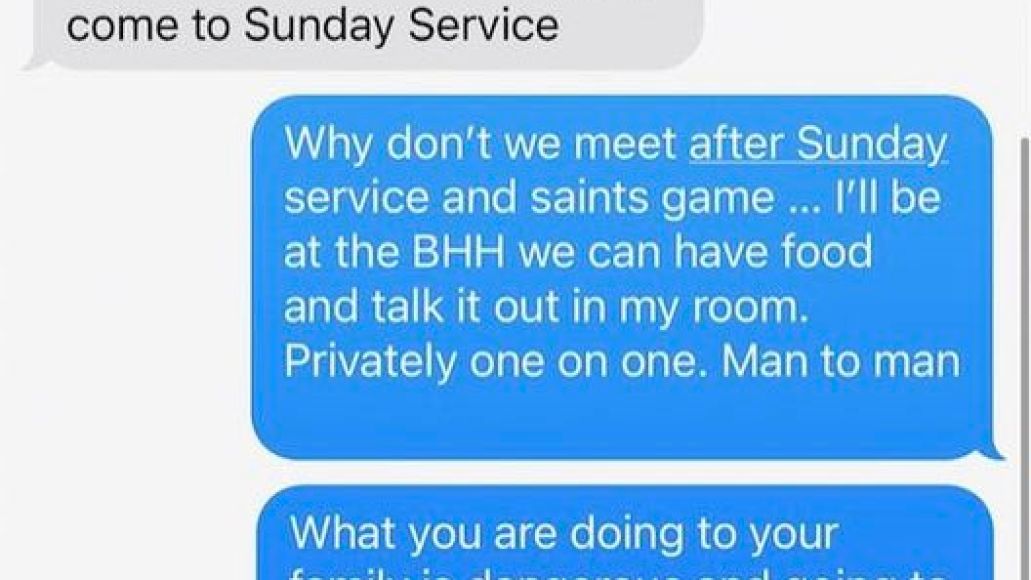 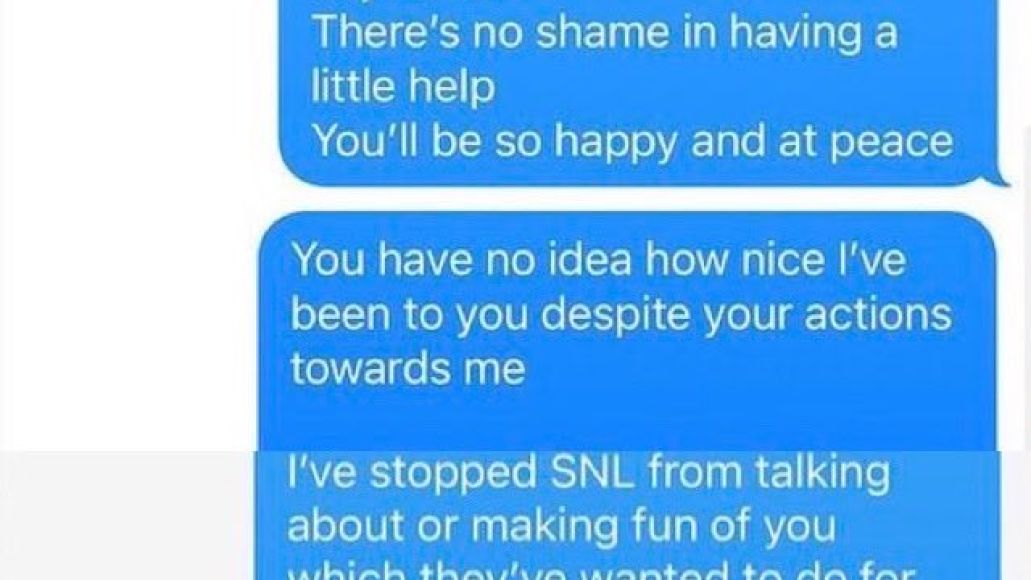