At the end of Consequence‘s phone interview with Our Flag Means Death star Rhys Darby, the veteran comedy actor felt the need to apologize. “Sorry for rambling on — I’ve had two coffees and you’re the first person I’ve spoken to today,” he said, before adding, “I’m a lead actor now, I’m going to do way more talking!”

This is Darby’s time to shine, as after decades of appearing in projects like the Jumanji films and his iconic role as Murray in Flight of the Conchords, he’s for the first time ever number one on the call sheet for a TV show. Specifically, Darby stars the HBO Max period comedy about real-life historical figure Stebe Bonnet, who abandoned his family in 1717 to become a pirate, assembling an eclectic crew on board his well-appointed ship for one of the weirder mid-life crises of all time.

It’s a big part in a big show, but Darby wasn’t sailing off alone, as his longtime friend and collaborator Taika Waititi came on board to direct the pilot episode — and also play the role of Blackbeard, just one of the other pirates that Stebe encounters at sea. “What mainly caught my eye was the idea of a pirate comedy series, which hasn’t been done. So I thought, ‘Well, that’s exciting,’ and knowing Taika was involved, I knew it was going to happen and I knew it was going to be great,” he says.

Below, Darby goes into how he ended up in the role, why he connected with Stebe’s story, and what it was like working again with Waititi as both his director and his co-star. Darby also offers up the latest update on what might be involved in making a Flight of the Conchords revival happen, and if fans of the musical comedy series might have cameos to look forward to in future episodes of Our Flag Means Death.

To start off — tell me a little more about how you came to Our Flag Means Death.

Well, it feels like a decade now, but it was a couple of years ago during the pandemic’s early days — I was in New Zealand, and I heard that this thing had been developed or at least talked about, this pirate show. I don’t know how — must have been on Deadline or something like that. It was definitely David Jenkins, and I think Taika was mentioned as a co-developer on the show and so then that caught my eye.

I never really thought of myself [for it] and I didn’t really know what it was, but I looked into the story pretty soon after that — you know, the factual drama that took place many hundred years ago — and I thought, oh, no wonder they’re working on this. This is a ridiculous story. So it sparked my interest right from the onset and then I never heard back from a while… I mean, I didn’t reach out. The universe provides for me — I just sit by the phone.

Then, eventually, I got contacted by David and he said he’d like to see me on tape because he’s auditioned a lot of people. I was very surprised it was for the lead character. Normally I don’t do leads — I normally turn up in the cast down the [call sheet] numbers quite a bit, the guy that makes everything funny when things start to get a bit of the yawn side — I’m that guy. They’re throwing me into pictures, movies, whatever. I lighten things up.

I’ve loved that for a long time; I always love being the funny guy, but I am getting on a bit and it’s probably about time I take the lead on something, so it kind of made sense. I do love the craft of the thing that’s all of my stand-up and my comedy has led to the dream of being a comedy actor. I’m there now, so now it’s time to stand up and do more work.

I felt, “Alright, I’ll put myself on tape for this lead,” and he kind of already knew that I was what he wanted, Taika said, “Just reach out to him,” and he was happy with what I sent through. I guess it just kind of collects, because this character I could relate to. Not that I’ve got everything and I’m a healthy landowner that wants to leave my wife and kids, but the idea of middle-aged escapism, which Taika and I both discussed, is a funny thing because we’re both kind of middle-aged like Stede.

Back in the day, I think Stede was 32 when he did this — that’s definitely on the end of middle-aged for back then, and of course, now, these days, your forties are the new twenty [Laughs]. Yeah, I think the stars aligned. Time worked out, and it was meant to be, and it just felt like the right fit. When they said, we wanna go with you, I was over the moon because that meant an excuse to leave the safety of the shire of New Zealand [Laughs] and come back into COVID-filled U.S. and get the kids back to school. 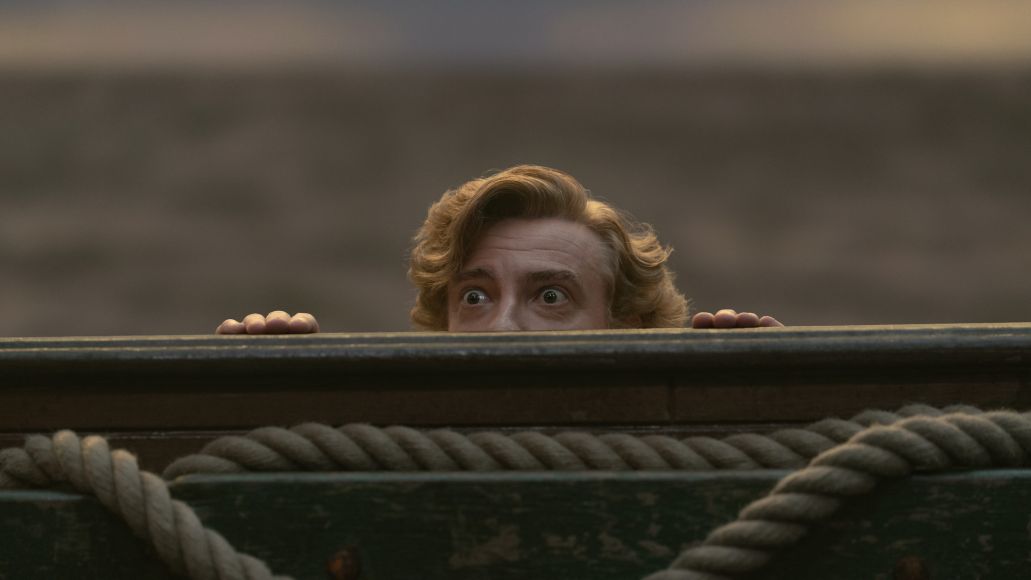 So I wanted to clarify — first off, you started doing the research for this before you even knew that the job was a possibility?

Yes, yeah. I was interested. I hadn’t heard of this pirate — he’s sort of on the fringe as far as the famous pirates go. Anyone who’s really into the golden age of piracy, of course, will know all about him, but it’s surprising that he’s not more famous because his story is so bizarre. The guy had everything and he left it all to go and become a complete rebel. That and risk of life, and three months later, he’s dead. It’s kind of like, “What a fool,” but also, “What courage.”

Taking a risk is something that artists can relate to, and a lot of people have said to me that where I am now and what i’ve done came down to having nothing at the beginning and just a dream and a risk and turning my head towards the sun and running at it. I think you can either get burnt up or you can make it, and I think that element to it is also something that sort of attracted me to the role.

I think that I waited until David Jenkins contacted me and then I contacted Taika and I said, “It looks like I’m in the running for this piece. Is there anything you think I should do to make sure I get this?” It felt like it was just something HBO needed, was to have me on tape. They knew who I was many years ago — over a decade ago, when I was on Flight of the Conchords — but I’m sure they’ve had a staff change, and now they’re like, “Who is this guy?” [Laughs] “Remember me? I was really funny in the late nineties!”

I just wanted to confirm with him — is there anything else I can do? He just said, “No, he wants you, just be yourself and do what you do because I think this character — you embody him.” It’s hard to describe, but you’ll see it when you see the show. I guess it’s something that I’ve got that I can do whereby I have empathy for the person I betray even though he’d done really bad things. You still feel for him because there’s an innocence to his character, and as the show unfolds, you see why he left his wife and kids and what his whole situation was. He didn’t know who he was until he kind of found it.

It’s a difficult one to play. You could audition any great English actor to portray someone of that stature — of that wealth and everything like that and be very well-spoken and what have you, but if you haven’t got the heart and the empathy for the person, and you can’t see the innocence in them, then you’re not going to believe him, he’s not going to be your hero. I could see how I could sort of pull that off. Imagine if Murray from Flight of the Conchords was running a pirate ship. That’s probably what the sale was.

I mean, it’s a good sell. But what’s really interesting about the show is the idea that the worst crime that Stede commits isn’t anyone of the piracy he does, it’s the initial act of leaving his wife and children.

Yeah, absolutely. And in some ways, an unforgivable act, but let’s be honest, it happens all the time. A partner leaves their family, families break up, it’s even more common than it used to be where marriages just don’t last. People are unhappy, and back in the day, people used to stay in their unhappy marriages and have affairs and what have you, but these days, it’s like, “No, it’s not working, let’s move on.”

In that regard, he did sneak off in the middle of the night, but I think it’s a case of, “This is not working.” This is something we tackle in the show — how can someone do that and how can that be resolved as well? What are the reasons that bring people to that? 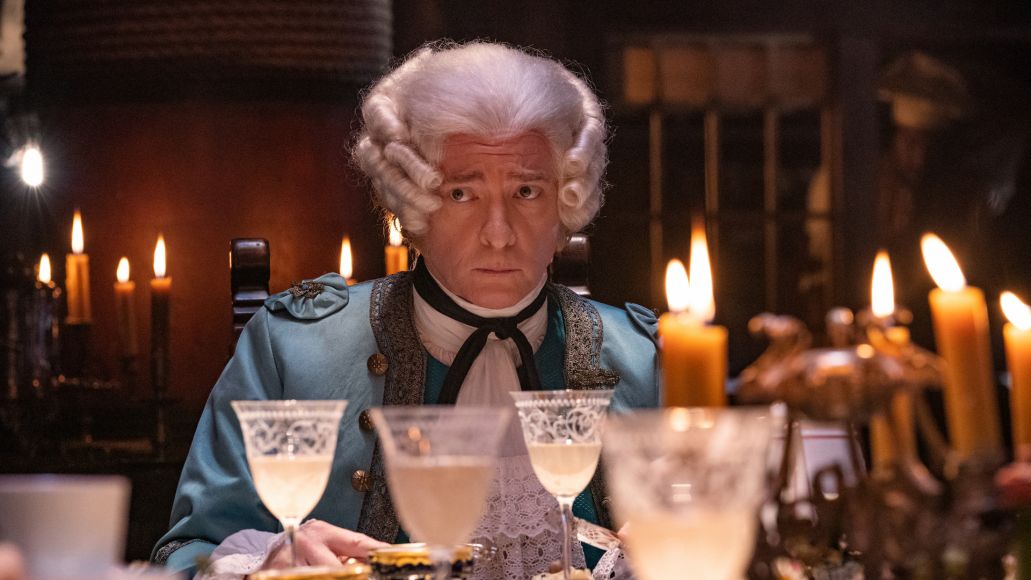 Yeah, because on one hand, in today’s eyes, it’s probably a much worse crime than it was back then, but also in today’s eyes, we have a deeper understanding of why he might do such a thing.

Exactly, yeah. Back in those days, especially when you were of wealth and an aristocrat, things were worked out for you. You didn’t get to decide who you marry — it’s all organized. When you see any period drama — by the way, I love period dramas, pretty much, that’s all I watch, which is another reason why I was happy to get this show and throw a costume on — it just takes me to sort of another world, really— but when you watch these dramas, they had very little power. The more powerful they are, they have very little power in who they are supposed to be with.

And then they’re expected to — once they get married — to stay with that person. So it was a Catch-22 back then, I guess. He was certainly going against the grain for what could have been a complete shock back then, that you would just leave your married situation, let alone pay for a pirate ship, put a library in it, and then hire a ragtag crew and hit off into the sea to your definite death at some point. How bad was his married life? [Laughs]

These days, we just go and buy a Porsche 911…it’s just a different scenario, isn’t it? I guess that was his Porsche, that pirate ship.

Rhys Darby on Finally Playing the Lead and Collaborating With Taika Waititi Again: "We Have Kindred Spirits"