Sea.Hear.Now Festival is returning to Asbury Park, New Jersey this September. Today, the live music and surfing event has revealed its full lineup, with Stevie Nicks and Green Day topping the list as the weekend’s headliners.

Other notable acts coming to Sea.Hear.Now include My Morning Jacket, Courtney Barnett, Cage the Elephant, IDLES, Billy Strings, Gary Clark Jr., and The Head and the Heart. They’re all coming to the Atlantic coastline this September 17th and 18th.

After the 2020 iteration of Sea.Hear.Now was canceled due to the pandemic, the fest returned last year with headliners Pearl Jam and The Smashing Pumpkins.

It marks one of many festivals Nicks will hit this year, including Bonnaroo, New Orleans Jazz Fest, and Sound on Sound. Meanwhile, Green Day’s fest schedule also includes Firefly and Shaky Knees. The latter will also feature an appearance from My Morning Jacket, who will play High Water Music Festival in late April. Tickets to My Morning Jacket’s upcoming North American tour are available via Ticketmaster. 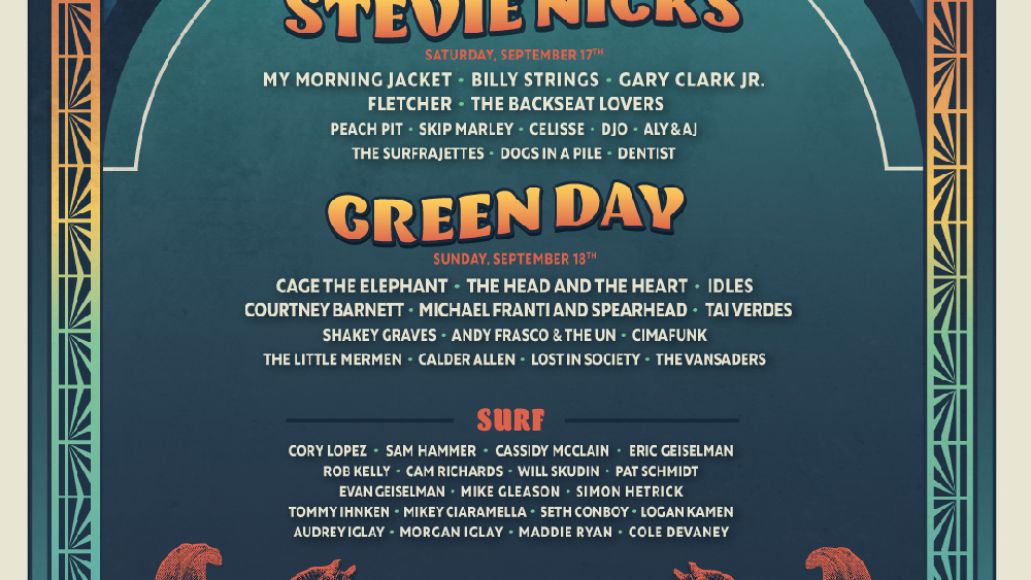