Christmas has come early this year, as She & Him have announced their first tour of non-holiday material since 2013. This June, Zooey Deschanel and M. Ward will embark on the “Melt Away Tour: A Tribute to Brian Wilson.”

This ode to the genius behind The Beach Boys is named for Wilson’s solo classic, “Melt Away,” but will also include selections from the duo’s discography. Given the time of year, fans are probably more likely to hear cuts from Volume One, Volume Two, and Volume Three than A Very She & Him Christmas or their most recent album, 2016’s Christmas Party.

Deschanel and Ward will kick things off in Denver, Colorado on June 13th. That’s as far east as they’ll travel on the first leg of this 11-date trek, which also includes stops in Utah, California, Oregon, Washington, and Vancouver, British Columbia. This west coast jaunt wraps June 25th in Los Angeles, and She & Him will have a long rest before finally ending their tour September 9th in Vienna, Virginia. Check out the full schedule below.

Beginning Wednesday, fans can sign up for a pre-sale code through the band’s official website, while everyone else can buy tickets beginning Friday, April 1st via Ticketmaster. 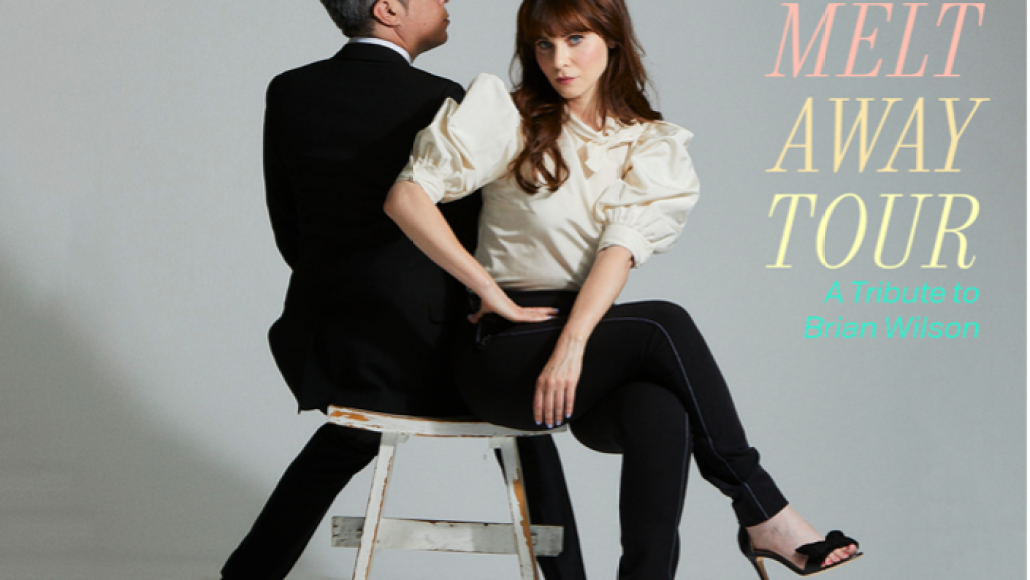 She & Him Announce 2022 "Melt Away Tour: A Tribute to Brian Wilson"