If you’re a fan of Slipknot and current alt-metal acts like Code Orange and Tetrarch, Tallah could be one of your new favorite bands. “Telescope” is a brutal banger in the vein of early aughts nu-metal, channeling the genre’s extreme musical tendencies without a hint of irony. Mathy metalcore influences and theatrical shapeshifting vocals add an idiosyncratic flavor to the Philly band’s pummeling sound.

“’Telescope’ is one of fastest and most chaotic songs on The Generation of Danger,” Max Portnoy said. “It was the first song I started working on for the record and it went through hundreds of changes. It’s one of my top picks from the album with the song having two different choruses. One being a melodic one and one with a more rap type of vibe. The song has a lot to offer.”

Tallah broke onto the scene in 2020 with their debut album Matriphagy, garnering much praise for their modern interpretation of nu-metal. For the follow-up, the band sought a “new and fresh concept” while expanding on what made Matriphagy a success.

“We wanted to take what made Matriphagy so good and jack it up to 150%,” frontman Justin Bonitz said via a press release. “The tracks are monstrous, daunting, and the story the music tells dives into the idea of people hiding what they truly desire until someone else comes along and forces it to surface.”

Bonitz goes on to explain that The Generation of Danger is a concept album about a mad scientist “who gets fed up with being swept under the rug.” When the multi-billion-dollar corporation that employs him takes credit for his latest, award-winning invention, the scientist snaps and retaliates against them by forcing them to take part in “the greatest experiment the world of science has ever seen.”

The Generation of Danger was produced by Josh Schroeder at Random Awesome Studio. Pre-order the album via Earache.

You can also catch Tallah live as support for All That Remains’ lengthy spring 2022 US tour. The outing kicks off March 12th in Worcester, Massachusetts. Get tickets via Ticketmaster.

Watch the video for “Telescope” and see the album art, tracklist, and tour dates below.

The Generation of Danger Artwork: 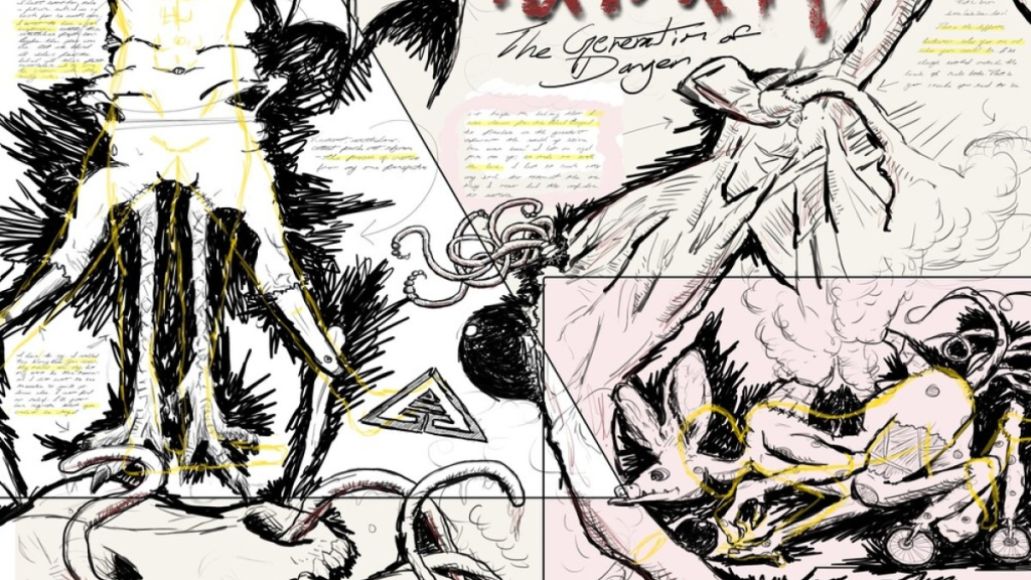