The Black Keys have a new album on the way. Dubbed Dropout Boogie, Dan Auerbach and Patrick Carney’s 11th full-length arrives May 13th via Nonesuch Records. As a preview, the band has shared the first single “Wild Child,” which you can listen to below.

In keeping with their love for spontaneity, The Black Keys wrote Dropout Boogie in the studio, and much of the project was recorded in a single take. “That’s always been the beauty of the thing Pat and I do. It’s instant,” Auerbach said in a statement. “We’ve never really had to work at it. Whenever we’d get together, we’d just make music, you know? We didn’t know what we were going to do, but we’d just do it and it would sound cool. It’s the natural chemistry Pat and I have. Being in a band this long is a testament to that. It was a real gift that we were given. I mean, the odds of being plopped down a block-and-a-half from each other in Akron, Ohio — it just seems crazy.”

One thing The Black Keys did differently this time around was inviting multiple outside contributors to work on the album. Billy Gibbons of ZZ Top, Greg Cartwright, and Angelo Petraglia appear on Dropout Boogie, and on first single “Wild Child,” Auerbach and Carney teamed up with Cartwright and Petraglia to write the song before hitting the studio, lending a meticulous pop smoothness to the duo’s blues roots.

Auerbach discussed the process of writing “Wild Child” in a statement. “Living in Nashville and making records here has opened both of our minds to that experience a little bit more,” he said. “I knew Pat would love working with both of these guys, so we decided we’d give it a shot. It was the first time we’d ever really done that. It was fun as hell. We just sat around a table with acoustic guitars and worked out a song ahead of time.”

Check out the video for “Wild Child,” directed by longtime Black Keys collaborator Bryan Schlam, below. Pre-order Dropout Boogie here, and scroll onward for the album’s artwork and tracklist.

This summer, the duo will hit the road with Band of Horses for the “Dropout Boogie” North American tour; grab your tickets via Ticketmaster. 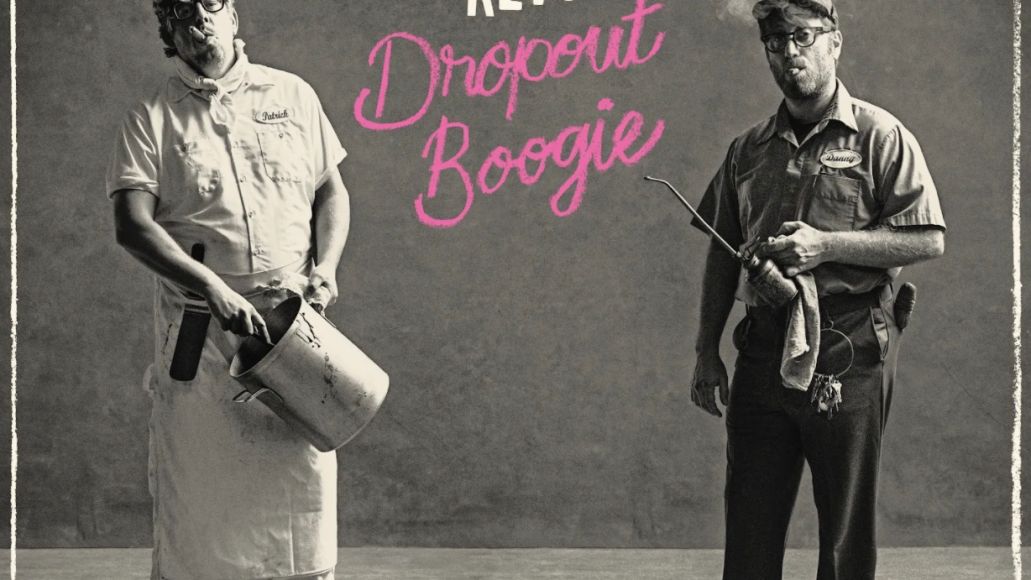