A COVID-themed comedy doesn’t seem particularly funny at face value, but you don’t get to Judd Apatow’s level without taking some risks. Enter The Bubble, Apatow’s new Netflix comedy about a group of actors who find themselves stuck inside of a pandemic bubble as they attempt to finish filming a blockbuster about flying dinosaurs. Calling to mind similarly meta comedies like This Is The End and Tropic Thunder, the cast eventually goes stir crazy — and hilarity ensues.

In addition a trailer for The Bubble, Netflix has shared a trailer for the film within the film, Cliff Beasts 6: The Battle for Everest: Memories of a Requiem. Watch both clips below. 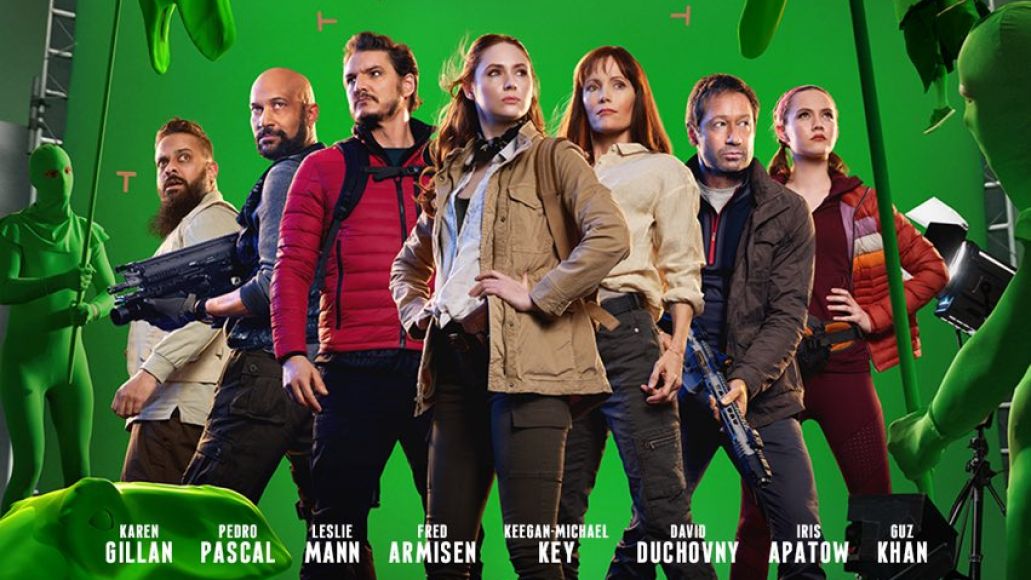