The National will return to the road this summer with freshly announced 2022 tour dates.

The schedule is sandwiched between a pair of previously announced headlining spots at Pitchfork Music Festival in July and Connecticut’s new Sound on Sound Festival in September. Between those gigs, The National will play shows in Calgary, Missoula, Kansas City, Minneapolis, Indianapolis, Pittsburgh, Boston, Milwaukee, and the iconic Red Rocks Amphitheatre in Morrison, Colorado.

For a special night in Portland, Maine, The National will be joined by guest Japanese Breakfast. Lucy Dacus and Bartess Strange will provide support on select dates throughout the rest of the tour. (Strange recently covered The National’s “About Today” for the suicide prevention nonprofit Sounds of Saving.)

Tickets go on sale Friday, April 1st at 10:00 a.m. local time via Ticketmaster. Check out the full itinerary below.

“We are excited to finally share our full tour itinerary for summer 2022,” The National said in a statement. “The last couple years have given us ample time for reflection and rejuvenation. Summer 2022 is a time for reunion. We look forward to gathering with friends, old and new. United in music and light, suspended in time. We hope you can join us.”

Through PLUS1, The National will donate $1 from each ticket to the PLUS1 Ukraine Relief Fund as well as Buffalo String Works, the latter of which works “to ignite personal and community leadership through accessible, youth-centered music education.”

Marking their first dates since 2019, this tour follows a number of side-projects from The National members. Frontman Matt Berninger released his solo debut, Serpentine Prison, in 2020, as did drummer Bryan Devendorf (Royal Green). Aaron Dessner made waves working with Taylor Swift on folklore and evermore, in addition to joining Justin Vernon in Big Red Machine for How Long Do You Think It’s Gonna Last?. He also worked with his brother, Bryce Dessner, on the soundtracks to C’mon C’mon and Cyrano, the latter of which featured the new National track “Somebody Desperate.” 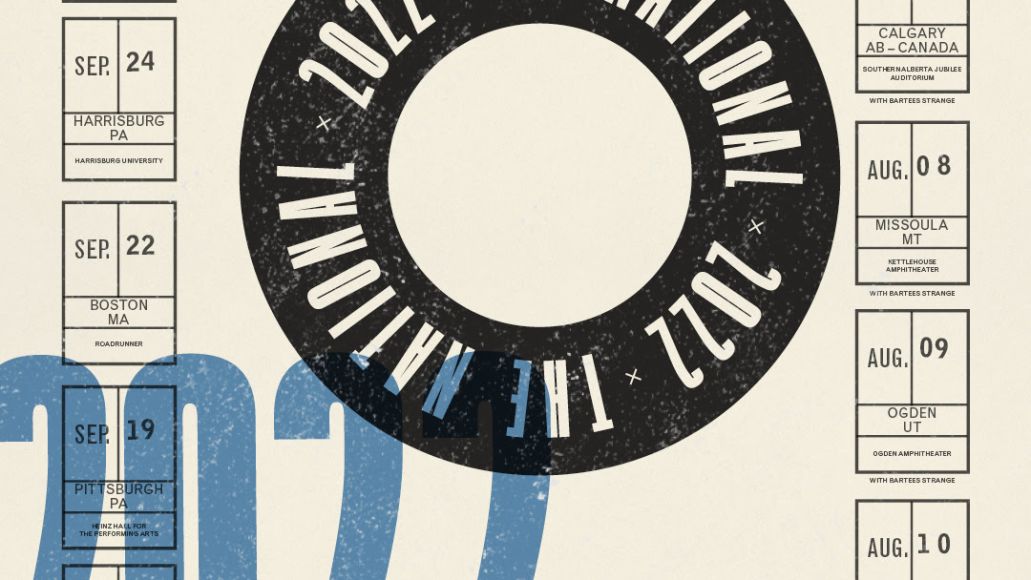