The Weeknd has announced the North American leg of his highly anticipated “After Hours Til Dawn” world stadium tour.

Beginning July 8th in Toronto, The Weeknd will embark on an 18-city jaunt that will see him perform at some of the biggest stadiums in the US and Canada. His itinerary includes visits to MetLife Stadium in E. Rutherford, NJ;  Solider Field in Chicago, IL; AT&T Stadium in Arlington, TX; Allegiant Stadium in Las Vegas, NV; and SoFi Stadium in Los Angeles, CA. Doja Cat will join The Weeknd for the entirety of the North American tour. You can see the complete tour schedule below.

How to Get Tickets to The Weeknd’s 2022 Tour

The Weeknd had previously planned to embark on “The After Hours Tour” in Summer 2021, but it was postponed due to the pandemic. The tour was rescheduled for early 2022, but the singer chose to push back those dates due to “to constraints of arenas and the desire to do something bigger and special for fans that will require stadiums.”

Fans who previously had tickets for “The After Hours Tour” in North America will have access to a special pre-sale starting March 4th, and will receive an email prior to that date directly with more information.

According to a press release, this is the first leg of The Weeknd’s world tour, with additional dates in Mexico, South America, Asia, Australia, New Zealand, Europe, Africa, and Middle East to be announced soon.

To coincide with today’s tour announcement, The Weeknd has teamed up with the United Nations World Food Programme to launch the XO Humanitarian Fund. The Weeknd himself has pledged $500,000 to the fund and will further donate $1 from every ticket sold.

The upcoming tour comes in support of The Weeknd’s massive 2020 release, After Hours, and his recently released follow-up, Dawn FM. 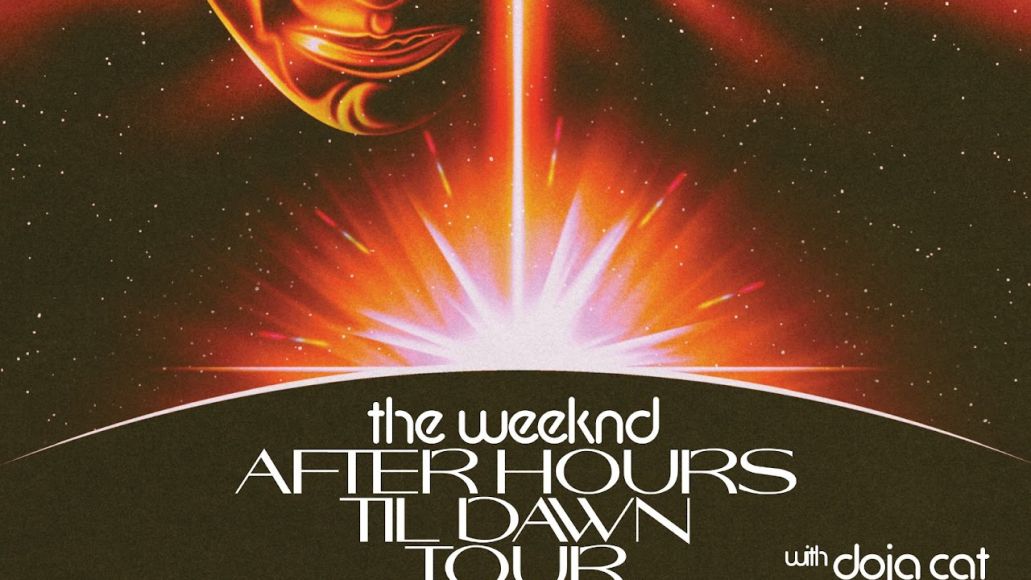