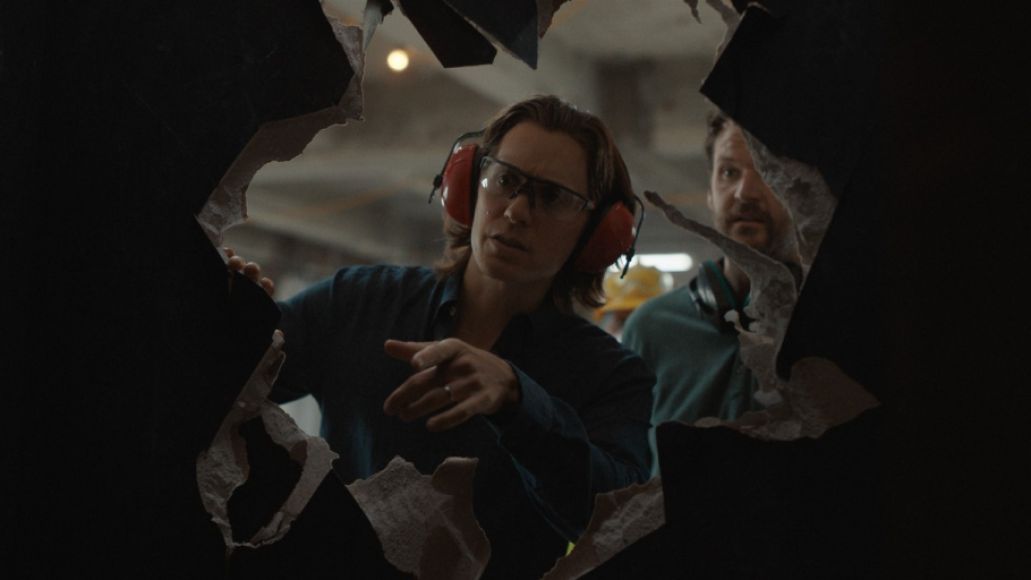 There’s a perverse method to the madness in casting Leto in a role like Adam Neumann; both are gaunt, bizarre, eerily charismatic men fully enmeshed in cultlike subcommunities (look it up), and he approaches the role with either too much or too little self-awareness. With his long mane of raven hair and incomprehensible accent, there’s something of Tommy Wiseau in his take on Adam, the kind of bullshit artist who can talk his way into (or out of) anything based on sheer chutzpah.

Leto’s Adam feels less like a three-dimensional performance than a weaponized series of quirks aimed in the right direction, and it bizarrely works: After all, the real Adam Neumann feels himself like a bundle of feel-good affectations in search of a person, from his tendency to go barefoot in any and all situations to his giddy attachment to Katy Perry’s “Roar.” It’s hardly the goofy, so-bad-it’s-fascinating heights of his wackadoo turn in House of Gucci, but it’s used well here.

Bad Energy: But while Leto goes broad and demonstrative, Hathaway plays Rebekah with the kind of po-faced seriousness she deserves, and ends up stealing the whole show right out from under him.

Where Adam is a type-A doofus who flits from one scheme to another hoping to get rich quick, Rebekah is fully committed to her mission of making the world a better place: “We’re elevating the world’s consciousness,” she asserts with complete confidence, to the bafflement of employees and interviewers who are just asking her about her husband’s shared workspace company.

She’s Lady MacBeth as wellness guru, whispering into Adam’s ear one impractical idea after another: all-vegan meals at WeWork, starting a private school that teaches 5-year-olds “conscious entrepreneurship” instead of reading, writing, and ‘rithmetic.

The series’ greatest moments come when Hathaway gets to immerse herself in the blinkered bravado of the real figure, whether she’s telling a crowd full of WeWork employees that “a big part of being a woman is helping men” or bristling at moments where she’s reminded of her cousin’s immense shadow. It’s a real comedic showcase, made all the better by Hathaway’s complete commitment to Rebekah’s complete disconnect from reality. 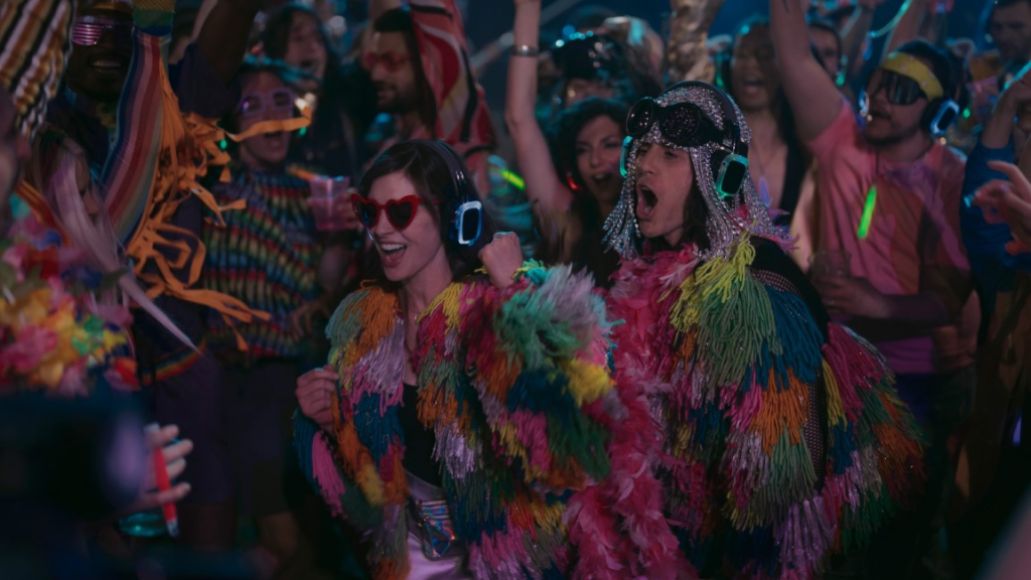 Admittedly, it’s the corporate intrigue that falls a little flatter, the central dynamics inevitably falling between the entertainingly batty Neumanns and the more practically-minded (and therefore, less interesting) folks around them.

There are the doormats at WeWork, of course, like Kyle Marvin’s co-founder Miguel McKelvey and Anthony Edwards’ angel investor who continues to buy into Adam’s “fortitude” even when everyone else gives up on him. O-T Fagbenle’s Cameron Lautner, the one adult in the room who sees through Adam’s bullshit immediately, makes for a devious foil.

But the miniseries also distracts itself with detours that could have easily been cut, like America Ferrera as entrepreneur Elishia Kennedy, seduced by Rebekah into working for WeWork before smartly bailing two episodes later.

The Verdict: WeCrashed isn’t without its faults — it suffers from the same bloat as its contemporaries, and the mercurial nature of Adam as a person (and Leto’s deliberately alien performance) leaves us with little insight into what exactly drives him as a person (apart from some garden-variety daddy issues). It’s also hardly subtle; there’s a unicorn in the opening title sequence for Pete’s sake, and episodes end with on-the-nose symbols like an office beer tap left on overnight — see, they’re leaking money!

But within the bloat of its myriad acts of corporate intrigue, the push and pull of investors and board meetings, WeCrashed succeeds most when it keeps its focus on Hathaway’s space-cadet performance and the innate absurdity that underpins its true story.

After all, this is the kind of place that promised to change the world, but ended up just being a vanity project for two out-of-touch grifters fleecing credulous investors out of their cash. It doesn’t do a lot differently than its docuseries peers, but those differences help it stand out among the pack.