The new HBO original series Winning Time features an epic-scale cast of greats coming together in the name of the Los Angeles Lakers, the famed basketball team which became the franchise it is today starting in 1979, when new owner Dr. Jerry Buss (John C. Reilly) decided to bring showbiz and glamour to the NBA. The ups and downs faced on that journey are as wild as they are true, as newcomer Magic Johnson (Quincy Isaiah) readies himself for greatness.

There are a number of producers on Winning Time, but co-creator/executive producer Jim Hecht was debatably the very first involved, as he was the one to secure the rights to Jeff Pearlman’s book Showtime, which provided exactly the sort of in-depth look at the team that might, he hopes, kick off a series that could theoretically last longer than The Simpsons. After all, as he points out, the history of the Lakers is still being written.

In the below interview, transcribed and edited for clarity, Hecht tells Consequence why Pearlman’s book came into his life at exactly the right time and what it was like translating his lifelong fandom for the Lakers into the show. He also teases what to expect about the show’s future, and explains what it is, exactly, that makes the Lakers so special as a team.

To start off, talk to me about when you were reading the book Showtime originally — what was it about that particular book that made you think it was the ideal prism look at the Lakers through?

Well, I was in a super bad place in my life. My relationship had just ended horribly, professionally things were as bad as they’ve ever gotten, and I was super depressed. So I decided it was time to get a meditation practice — somebody I looked up to suggested it. And so I started doing it, and early on in that meditation practice I had this thought: “I gotta stop trying to make stuff that I like and only make stuff that I love. And secondly, I gotta stop trying to make things that I thought other people would want to see, and make the show that I would want to watch.”

It hit me really strong — I don’t want to sound too LA, but after one of those meditations in 2014, the very next day, I was listening to the radio. I listened to Lakers radio, and Max Kellerman was on, and he was talking about this book, this ’80s Lakers thing that was coming out.

That was my team. I lived and died with that team. I was six when I met Magic Johnson. My dad took me to the Westminster Mall and I stood in line for two hours. So I went to go get it, not thinking this is going to be a show, but I was just super excited to read it — it came out the day after that, and I was at Book Soup when it opened at 9:00 AM. I read it by 11.

I think because I was watching True Detective and stuff like that, I was like, I want to do that with the Lakers in the eighties. I want to do Friday Night Lights — I didn’t have the language of limited series, but kind of like the format of True Detective for the Lakers in the ’80s. And my agent was like, Jim, this is the thing that’s going to be written on your gravestone.

It sounds like the book really hit you personally.

Perfect time, perfect material, perfect place. It was just a genie in a bottle kind of moment. 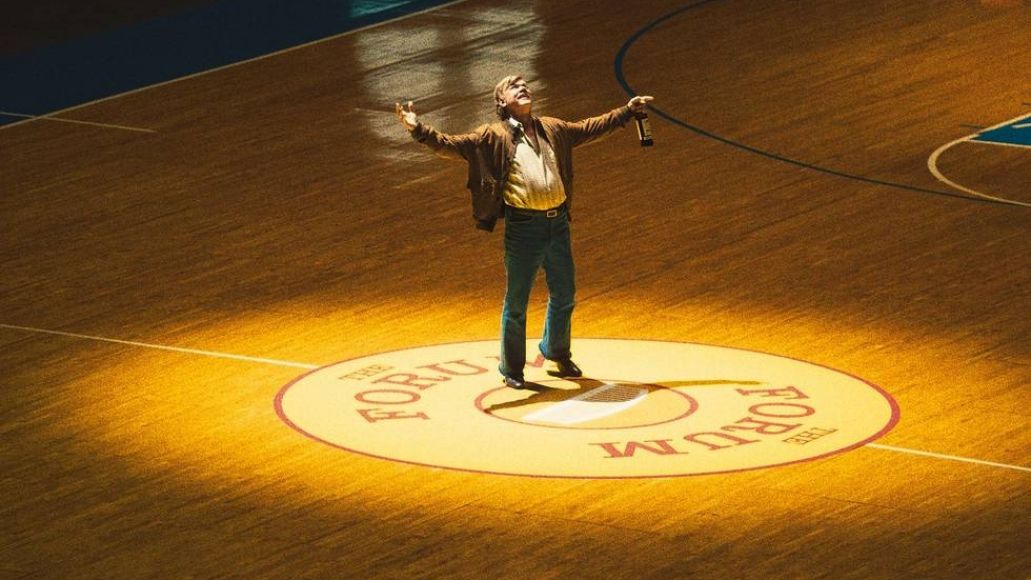