Zola Jesus is back with her first album in five years. The singer-songwriter otherwise known as Nika Roza Danilova will release Arkhon on May 20th via Sacred Bones, and as a preview, she’s shared the single “Lost.”

Zola Jesus has long been a solo project for Danilova, but on Arkhon, the musician set aside her pride and tried out collaboration. “At some point, I had to work with other people,” she explained. “I needed new blood. I needed somebody else.” She worked with producer Randall Dunn on the project, and also enlisted Matt Chamberlain (Fiona Apple, Bob Dylan) for drums. Allowing other people to contribute to her art allowed Danilova to play with spontaneity instead of meticulously crafting every detail of the record. At times, this allowed the classically trained singer to discover new ways to use her voice.

“When I look back at my work, I see there’s a theme where I fixate on my fear of the unknown,” Danilova said. “That really came into fruition for this record, because I had to let go of so much control. I had to surrender to whatever the outcome would be. That used to be really hard for me, and now I had no other choice.”

Despite this growth, a darkness still permeates Arkhon. The word means “power” or “ruler” in ancient Greek, and holds roots in ancient Gnosticism. “Arkons are a Gnostic idea of power wielded through a flawed god,” Danilova explained. “They taint and tarnish humanity, keeping them corrupted instead of letting them find their harmonious selves. I do feel like we are living in an arkhonic time; these negative influences are weighing extremely heavy on all of us. We’re in a time of arkhons. There’s power in naming that.”

This darkness flows into first single “Lost,” which hinges on the lyric, “Everyone I know is lost.”

“It’s true,” Danilova said of the song’s refrain. “Everyone I know is lost. Lost hope, lost future, lost present, lost planet. There is a collective disillusionment of our burning potential. As we stray further from nature, we drift from ourselves. ‘Lost’  is a sigil to re-discover our coordinates and claim a new path.”

Check out the video for “Lost” below, which sees Zola Jesus traverse the ancient caves of Cappadocia, Turkey. Preorders for Arkhon available here, and you can scroll down to see the album’s artwork and tracklist. 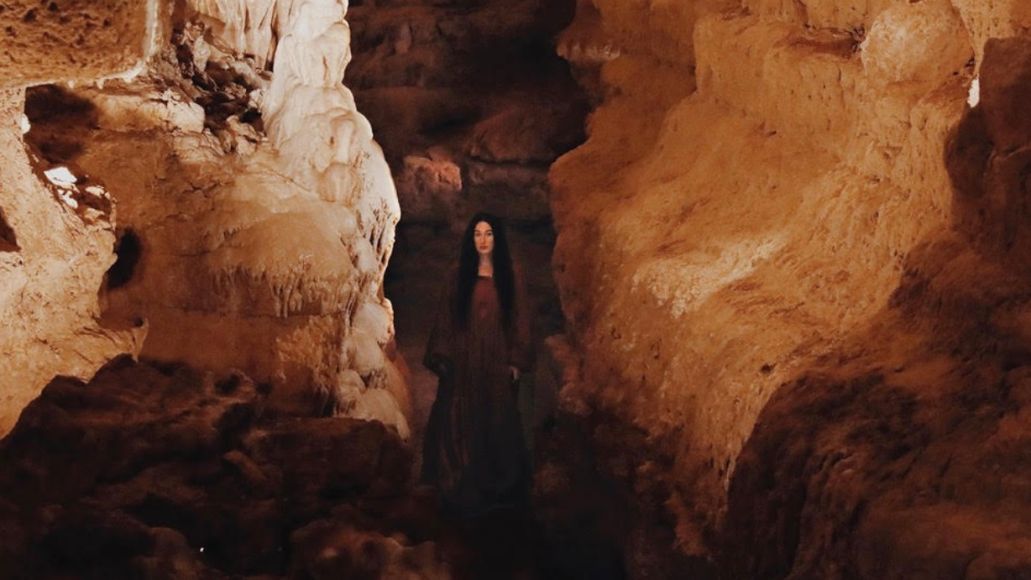