Alice Cooper will keep his show on the road this fall with a newly announced set of North American dates. The legendary shock rocker will embark on a month-long outing beginning in early September.

Since the concert industry started to open back up last year, Cooper has been a road dog. He embarked on a Fall 2021 trek with support from Ace Frehley, and is currently in the midst of a spring run with openers Buckcherry (with Frehley taking over the support slot for the final three shows).

The fall “Detroit Muscle” tour kicks off September 7th in Bethlehem, Pennsylvania, and runs through an October 8th show in Las Vegas. No opener has been announced yet, but tickets go on sale this Friday at 10:00 a.m. local time via Ticketmaster, with a VIP pre-sale beginning tomorrow (April 12th).

Among the dates on Cooper’s fall run will be appearances at Blue Ridge Rock Festival in Alton, Virginia, on September 9th, and Louder Than Life in Louisville, Kentucky, on September 24th.

Cooper is out in support of his 2021 album, Detroit Stories, but his recent sets have mostly been filled with classic hits like “School’s Out,” “I’m Eighteen,” “Poison,” “No More Mr. Nice Guy” and others.

In between his spring and fall North American legs, Cooper will head to Europe for a tour taking place from late May through early July, keeping him on the road for most of the year. 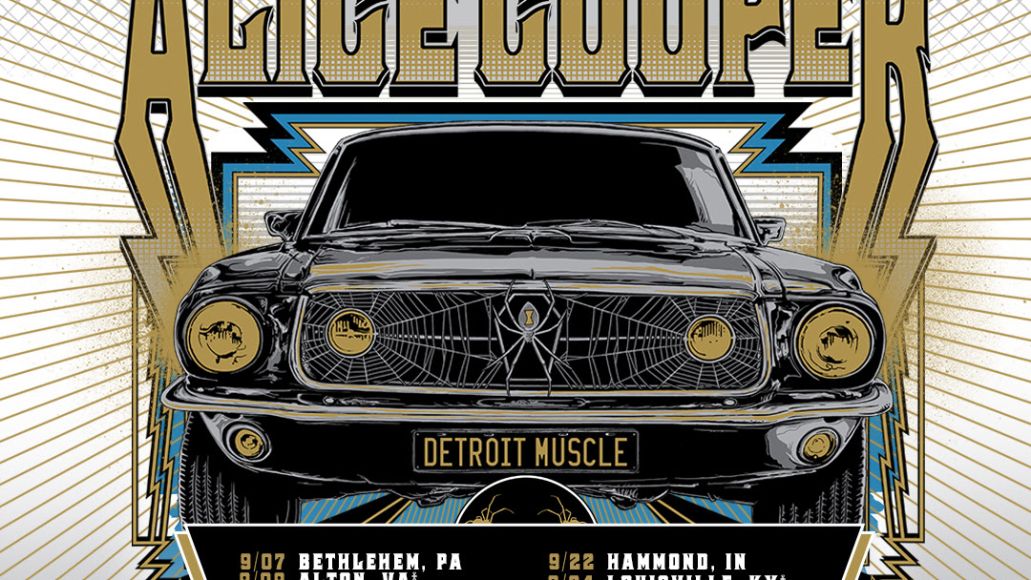