The Pitch: In a lot of ways, the music biopic died a quiet death after 2008’s Walk Hard; sure, we’ve gotten plenty since (and some have been good!), but they’ve all either succumbed to that film’s pitch-perfect assassination of the creaky tropes and well-worn formulas of the genre or been forced to innovate.

Aline, the Cesar-nominated film that made a big splash at Cannes last year, is a wholly different animal entirely, an almost straightforward recounting of the life and music of its subject (Quebecois pop sensation Celine Dion), but for a few curious changes that flirt with a broader, campier take on the material that never totally blooms.

Through the mind of writer-director-star Valerie Lemercier, Aline speeds us through the life of Aline Dieu, a deliberately-fictionalized character “based on” Celine. When we first see her, she’s lying in an all-white bed, dressed in all-white pajamas, staring at all-white walls while listening to her 2016 song “Ordinaire” on all-white headphones.

From there, we quickly flit back to her origins as the youngest (and most unusual) of 14 children, the daughter of a working-class Quebecois couple quickly dazzled by her Streisand-caliber pipes, who look to find a way to bring that voice to the rest of the world. From there, her star begins to rise thanks to her much older manager (and, later, lover and husband) Guy-Claude (Sylvain Marcel, based on René Angélil), and the rest is history.

My Lungs Will Keep Functioning: One of the most fascinating things about Aline is the way it ambitiously straddles such a gonzo approach to its subject. On the one hand, Lemercier has noted that this is an earnest, unbridled love letter to Celine Dion, and in long stretches of its two-hour runtime, it seems committed to taking Céline’s story seriously.

Like many a biopic before it, it’s a story of a woman going from rags to riches, the complicated relationships that follow, and the stifling pressures of fame clashing against her desire to be, as she’ll sing in the film’s closing minutes, “une femme bien ordinaire.” 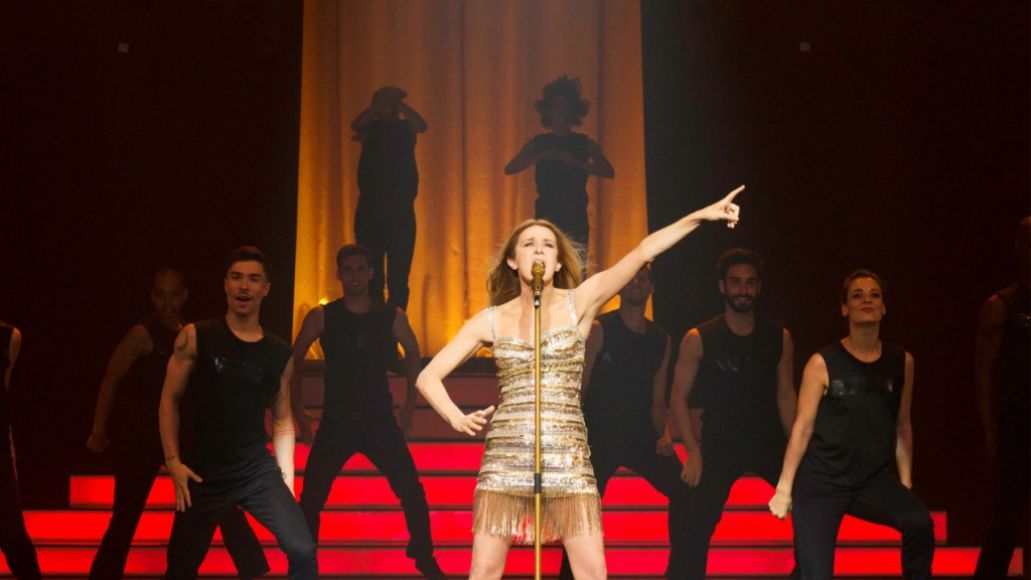