All Things Go Festival is officially a go for 2022.

Beyond the musical lineup, All Things Go will host a creator summit at the Eaton Hotel in Washington, DC on Friday, September 30th.

All Things Go is just the latest festival added to Lorde’s busy schedule; in the coming months, she’ll also be making the rounds at the inaugural Primavera Sound LA, Glastonbury, and Life is Beautiful in Las Vegas in support of her 2021 album Solar Power. That’s in addition to her ongoing headlining tour. You can get tickets to Lorde’s upcoming dates here.

Meanwhile, Mitski released her sixth studio effort Laurel Hell this past February, and will embark on her own headlining tour this summer ahead of the festival. The trek across Europe, the UK, and North America begins later this month — on April 21st, to be exact — at Bristol, England’s Marble Factory. After playing everywhere from Glasgow, Dublin and London to Paris, Amsterdam, and Stockholm, Mitski will head stateside starting July 14th in Minneapolis. Grab tickets for the tour here.

Bleachers are also currently in the midst of their “the 2022 tour” in support of their latest album, 2021’s Take the Sadness out of Saturday Night. Joining the Jack Antonoff-fronted band as openers along the way are Wolf Alice, Blu DeTiger, Charly Bliss, The Lemon Twigs, beabadoobee, and Allison Ponthier. While the tour began March 24th with back-to-back nights in Boston, it’ll pick up again in May, and includes stops at Primavera Sound in Barcelona and Bonnaroo. Buy tickets here. 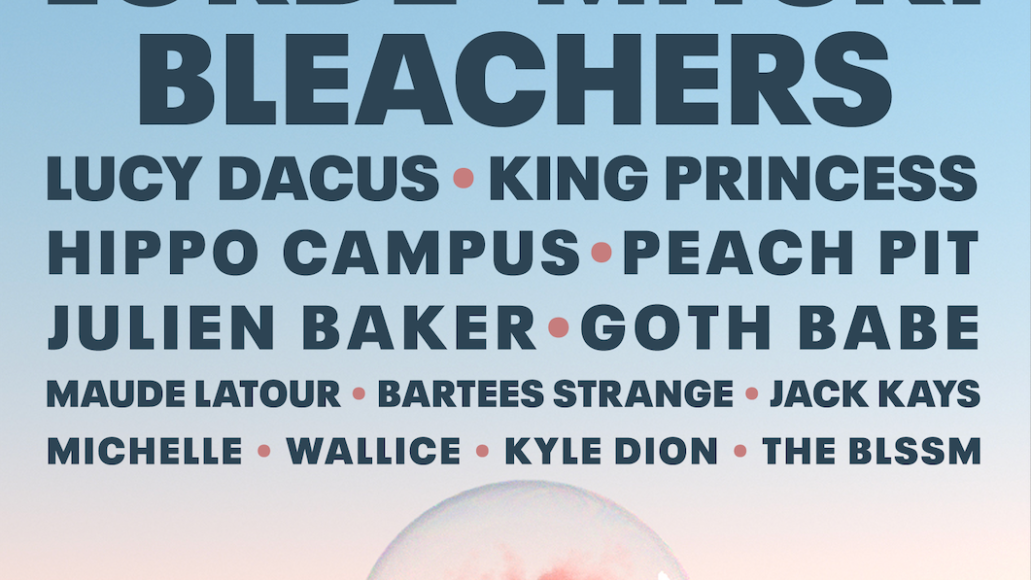 Lorde, Mitski, and Bleachers to Headline All Things Go Festival 2022