The Pitch: Coming back after one of the longer pandemic-era delays on record, the third season of Barry is all about consequences. The HBO dramedy has never strayed far from depicting the brutal repercussions of hit-man Barry’s (Bill Hader) decision to attempt transitioning out of the assassination-for-hire game for a new life as an actor. But the stakes feel even higher now, with reason for serious concern not just for the lives of every character in Barry’s circle, but their souls.

That means yet more of the brilliantly nuanced character work nurtured by creators Hader and Alex Berg, but also yet more of the show’s unconventional action and fascinating directing choices. With the cast all returning at the top of their game, the only potential concern one might have about the new season of Barry is how difficult it’ll be for people to wait for each new episode.

Layers Upon Layers: One interesting quirk of Season 3 is that while it picks up to a degree where the Season 2 finale ended, there are some notable time jumps for certain characters that mean some big shifts in the status quo.

For one thing, Sally (Sarah Goldberg) has built upon her triumph at the acting showcase in the Season 2 finale and is now working on her very own streaming dramedy series; while that might feel like a huge victory for her almost out of nowhere, Barry‘s far more interested in exploring how even success like this can end up being its own sort of disappointment.

Meanwhile, the always-lingering threat of a Chechen storm brews, though the season opens with NoHo Hank (Anthony Carrigan) even more torn between loyalties than before. Monroe (Stephen Root) is up to his own scheme, one that could also lead to Barry in more danger than ever before. And of course, Gene Cousineau (Henry Winkler) has a huge fact to process — Monroe’s confirmation that Barry killed Gene’s girlfriend — and however that affects him could have unexpected consequences. 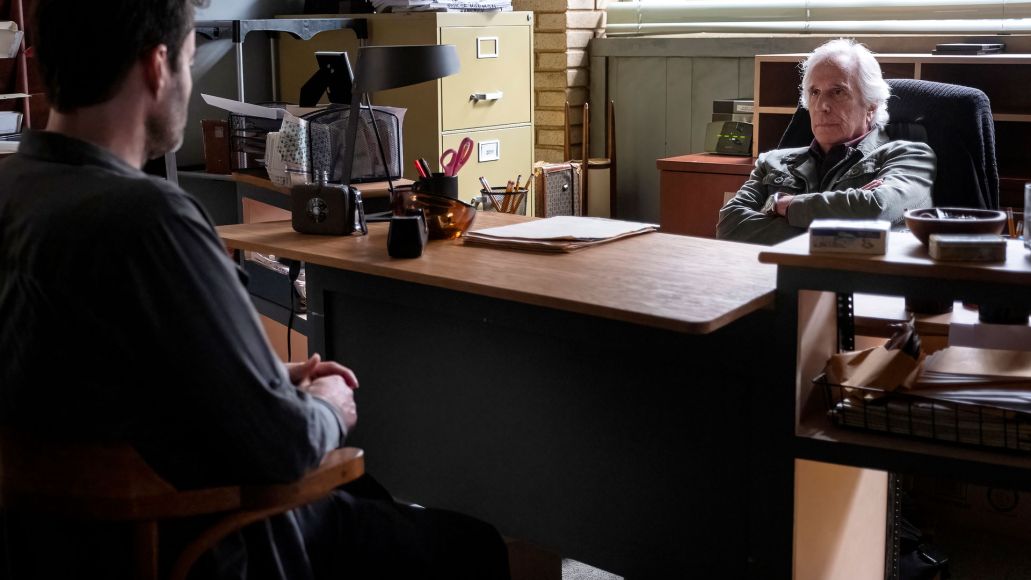 Not that you’d really be able to tell, as Hader’s performance as Barry is all about deception and control, with the “real” Barry (whoever that might be) buried deep under layers of artifice. Whether it’s Barry lying to other people or Barry lying to himself, the man remains one of TV’s greatest enigmas; simultaneously one of our most likable protagonists and most terrifying villains, because you’re never sure which Barry you’re going to get.

The rest of the regularly Emmy-nominated/winning cast continues to evolve their characters: As Gene, Winkler only gets better and better, with this season devoted to revealing some of the nastier moments of his character’s past; with Winkler having become a bit of a pop culture sweetheart in recent years, it’s fun to see the show’s dedication to giving Gene a raw and unpredictable edge as a character.