Better Call Saul will end with the beginning in more ways than one, as series co-creator Peter Gould has confirmed that Breaking Bad stars Bryan Cranston and Aaron Paul will be returning in the final season of the AMC prequel as Walter White and Jesse Pinkman.

Exact details as to how their return may happen were left unclear by Gould during a Paleyfest panel on Saturday evening. “I don’t want to spoil things for the audience, but I will say the first question we had when we started the show was, ‘Are we gonna see Walt and Jesse on the show?’ Instead of evading, I’ll just say yeah. How or the circumstances or anything, you’ll just have to discover that for yourself, but I have to say that’s one of many things that I think you’ll discover this season,” Gould said.

The Better Call Saul cast was tight-lipped about revealing too much more about the final season of the beloved drama, with Bob Odenkirk, Rhea Seehorn, Giancarlo Esposito, Jonathan Banks, Tony Dalton, Michael Mando, Patrick Fabian, and Gould taking the stage after a screening of the premiere. The PaleyFest crowd gave the crew a standing ovation when the cast walked onstage, with especially loud cheers for Bob Odenkirk, who they were elated to see.

(Odenkirk responded to the cheers with “You’re all too nice. I’m not a good person. I’m a fallen angel.”)

His co-star Rhea Seehorn talked about the day Odenkirk had a heart attack while on set — where, after a long stretch of filming, they took a break and, she said, “Bob looked like he was about to pass out.” Seehorn credited their assistant director, who had EMT training, and their COVID officer, who had previous experience as a war medic, for tending to Odenkirk until he was taken to the hospital.

Odenkirk said that there are eight days after the heart attack that he doesn’t remember clearly, though the memories slowly came back to him. He told the crowd he appreciated “the warmth, love and support on social media” and said he’s feeling totally great now. Odenkirk added, “Amazing things happen this season – the heart attack is almost one of the biggest things.”

Seehorn also joked, “It was a well-timed heart attack,” as the rest of the cast kept shooting while Odenkirk recuperated. Jonathan Banks snapped, “Bob catches a heart attack and then they impose on a senior citizen to work nights.” 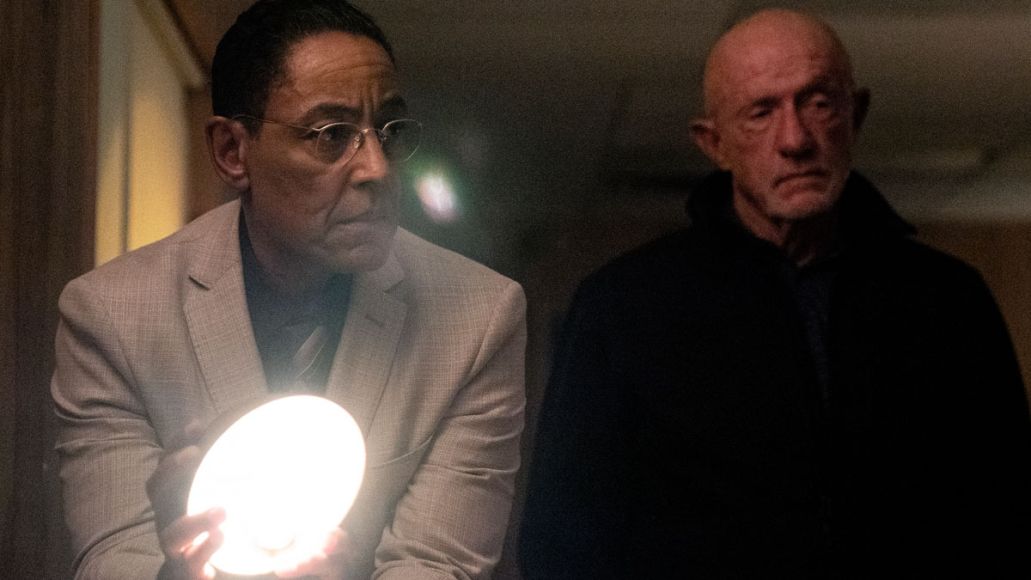 Odenkirk talked about how the Jimmy McGill to Saul Goodman transition is going in the final season, noting that “He’s on the edge of Saul. The thing that happened in Season 5, in the desert with Mike, being hunted, it really shook Jimmy and it shook his confidence, which fuels Saul. In the course of thirteen episodes (in the final season) he goes full fucking Saul. He says “Fuck you world, I’m gonna be this guy.”

Asked if Jimmy/Saul influenced Kim Wexler, Rhea Seehorn said, “It’s the nature/nurture question – was it always there in Kim or is the outside world turning her? Does Jimmy turn something in her? She has her own agency.”