When last we left our heroes (as far as heroes exist on Better Call Saul), Nacho was fleeing the scene of Lalo’s attempted assassination in Mexico — which Lalo had the bad manners and quick wit to avoid, meaning that as the season begins he’s still alive, on his own, and determined to bring those who tried to have him killed to his own sort of justice.

Nacho, meanwhile, has only a tenuous lifeline to help in escaping Mexico himself, making his way on foot from Lalo’s compound to hide out in a seemingly deserted motel to wait for instructions; his fate is just one of many that Gus seems to hold in his hand at the moment, showing no inclination to rush into a move.

Meanwhile, Kim and Jimmy are creeping back to their old lives after the scare which led them to hide in one of Albuquerque’s nicer hotels. But while Kim’s throwing herself simultaneously into the public defending game which has become a real calling for her, she’s also simultaneously pushing Jimmy into not just fully exploring his Saul Goodman persona, but pursuing their own illicit actions against Howard Hamlin. It’s clearly a long game the two of them are playing, but as cautious as Kim might seem at this moment, bigger danger looms.

D.P. Marshall Adams not only brought it on a whole new level with the sumptuously photographed opening sequence (so many details, so many tiny stories being told with no words as we shift from black and white to color), but also delivered perhaps the episode’s standout shot: The intense zoom out from the ant on a dead man’s fingertip to the wider tableau of chaos surrounding him.

It’s the sort of shot choice which says so much, with so little — in that moment, we see how one dead man is an entire universe from the right perspective, a whole new perspective on the aftermath of Lalo’s violence. It’s the sort of hyper-focused attention to detail that is fundamentally why this show operates on a whole other level beyond other crime dramas. 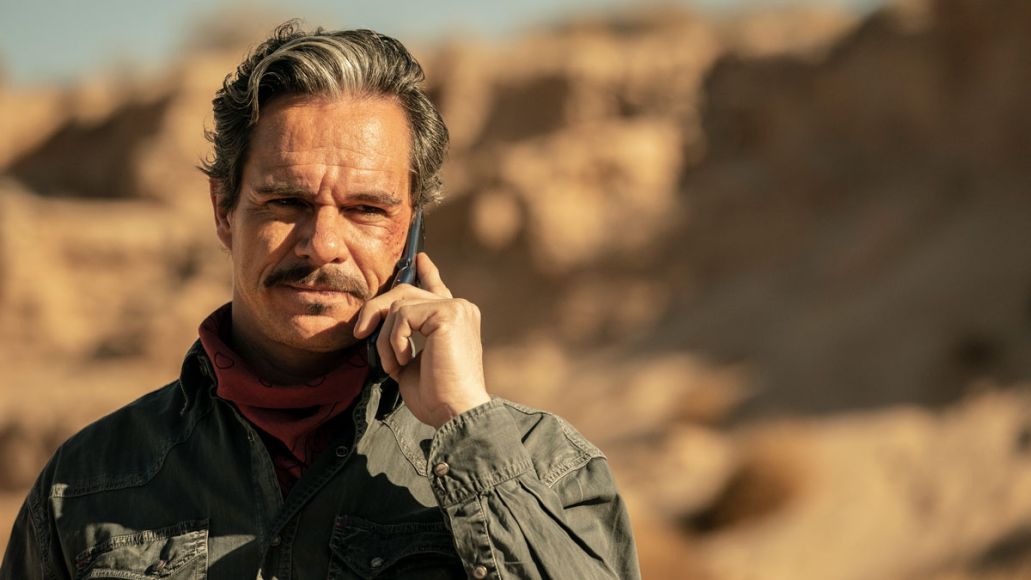 Murder is never kosher, and while we might not have seen the bodies left behind by Lalo’s breakfast-time visit to one of the small homesteads within Salamanca territory, there’s no doubt that the nice couple he imposes upon is no longer alive afterwards.

Why did Lalo target them in particular? Well, aside from a change of clothes and presumably whatever cash they had in the house, the fact that Lalo encourages Mateo (the name of the “mountain man”) to shave off his beard to match Lalo’s own facial hair might hint that Lalo wants to use Mateo’s papers for himself. (Or, potentially, leave behind Mateo’s body as yet another decoy.) Whatever his motivations, it’s a reminder that Lalo never acts rashly, is always on the move, and is always a few steps ahead.

Better Call Saul Recap: A Season Premiere That Revs the Story Into Gear