While other things happen in the third episode of Better Call Saul, “Rock and Hard Place” should be forever remembered as The Nacho Episode, for very good reason. Nacho isn’t the first series regular to perish over the course of the show’s run — that honor belongs to Chuck McGill (Michael McKean).

But Michael Mando delivers a simply staggering performance in his theoretical swan song, facing a fate which might have seemed inevitable from the beginning, but is still heartbreaking to watch. Writer/director Gordon Smith delivers Nacho to his end with an episode so deliberately paced that the dread builds more and more with each detail, each quiet moment.

The actual events, as they occur, are pretty simple: Nacho successfully escapes from the Salamancas, but knows his freedom is temporary and his father is in real peril. So he connects with Gus and makes the deal — if he confesses to Bolsa that he was the only person in the cartel involved in the attack on Lalo (a surefire commitment to his own death), Mike will personally guarantee his father’s safety.

The ultimate outcome is basically that, though Nacho doesn’t go gently into that good night. Instead, when Gus brings him out to the middle of the desert to meet Bolsa and the Salamancas, Nacho does make his confession, but then uses a broken shard of a drinking glass to free himself from the zip-ties and then stab Bolsa in the leg, getting his gun. But instead of using the gun on Bolsa and making yet another escape, Nacho uses the gun on himself. Sometimes, impossible situations make for Hollywood endings. And sometimes, you run out of escapes.

When it comes to the cinematography, there are two sequences in this episode worth discussing. The first is just a quick shot that perhaps another show might not have even thought to include, but the fact that Better Call Saul included it is why it’s one of television’s best shows: a close-up on the shattered glass rattling around in the bed of Nacho’s stolen pick-up truck, enhancing the chaos and panic felt by Nacho as he makes his getaway from the motel even as it visually wows.

But really, let’s talk about that cold open, one of the series’ most daring to date simply because of how the episode withholds its meaning until the final moments. That shot of rain falling on the terrain, droplets clinking against Nacho’s discarded piece of glass, could take place hours after Nacho’s last stand, or weeks. Or months. Or years. It doesn’t really matter, how much time has passed. What matters is how in the end, we don’t necessarily leave behind all that much. In the harsh desert of time, all of us are barely a blip. 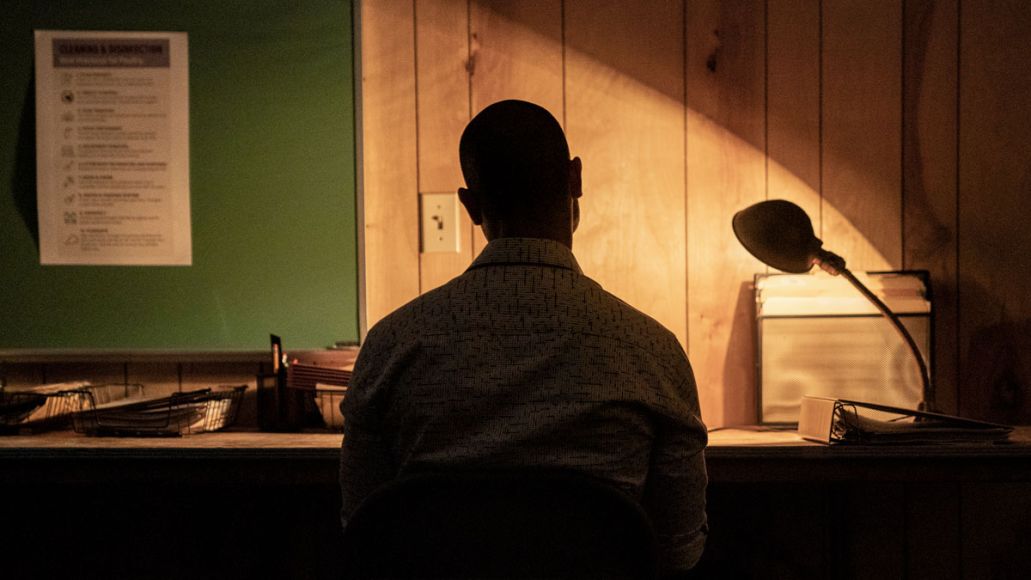 On The Journey From Jimmy to Saul

In their limited appearances in this episode, Jimmy and Kim continue to move their schemes against Howard Hamlin forward, this time using Huell (HUELL!) to run a valet scam to get Howard’s car key and key fob. (Not an easy thing to do, as high-end Jaguars, even in 2004, have reasonably good security.)

When Kim and Jimmy work out their plans initially, it’s all… well, calling it good clean fun isn’t exactly accurate, because for one thing, the scene in which they talk out the idea of using Howard’s real car (versus a fake) for whatever they’re planning is dangerously close to pornographic. Yes, watching two people put on clothes together isn’t typically considered to be all that erotic, but that’s before we got to see Rhea Seehorn and Bob Odenkirk do it. Even if the scene hadn’t ended with Kim mussing up his tie and planting a big wet one on her husband, there’d be no doubt as to what happened in between then and their arrival at court.

Better Call Saul Recap: When You Can't Run Any Further