Lisa Simpson will catch her big break when she meets Billie Eilish in “When Billie Met Lisa,” a new short from The Simpsons streaming April 22nd on Disney+.

The short begins with Lisa looking for a quiet place to practice her saxophone, but her rehearsal is accidentally discovered by Eilish and her brother FINNEAS. According to a statement, Eilish “invites Lisa to her studio for a special jam session she’ll never forget.”

This is the fourth in a series of high-profile crossover shorts made possible by Disney’s 2019 merger with Fox. Previously, the House of Mouse has brought Star Wars (“Maggie Simpson in ‘The Force Awakens from Its Nap'”), Marvel (“The Good, The Bart, and The Loki”), and the entire Disney vault (“The Simpsons in Plusaversary”) to Springfield. Check out a poster previewing “When Billie Met Lisa” below.

As for Eilish and FINNEAS, they may not have taken home any trophies at the 2022 Grammys, but they just about stole the show with a performance of “Happier Than Ever” that paid tribute to late Foo Fighters’ drummer Taylor Hawkins. Later this month Eilish will be headlining Coachella, and this summer she’ll embark on a European tour. Tickets are available here. 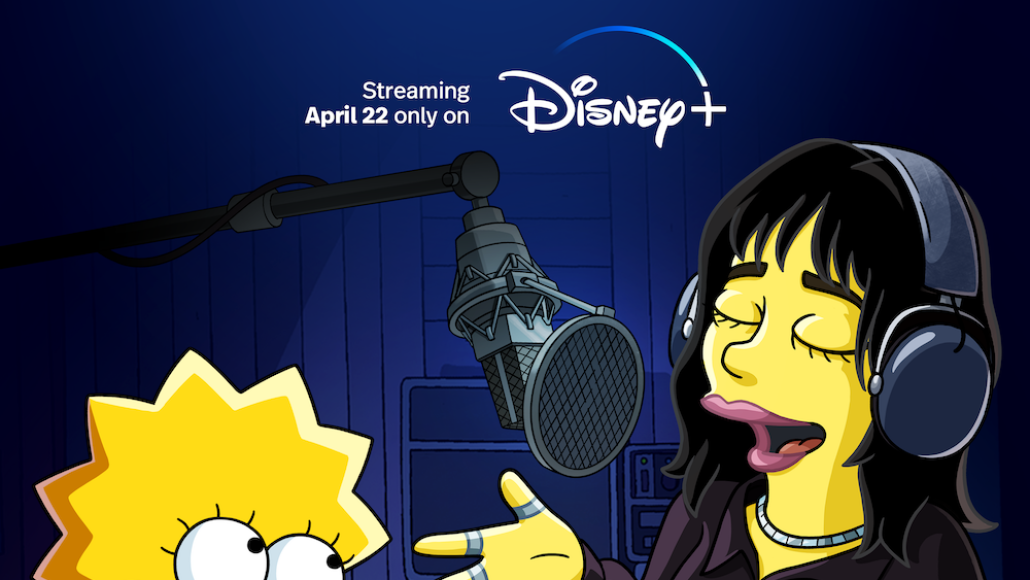