Eddie Vedder has once again recruited some pretty big names to join him at his annual Ohana Festival.

Ahead of this year’s Ohana Fest, Vedder will regroup with Pearl Jam for the band’s long-awaited Gigaton tour (tickets are available here). Among their schedule dates is a headlining appearance at Louisville’s Bourbon & Beyond Festival alongside Jack White. The band is also working on a new album.

Over the weekend, White kicked off his own major headlining tour, and in the process got married on stage. You can get tickets to White’s upcoming shows here. 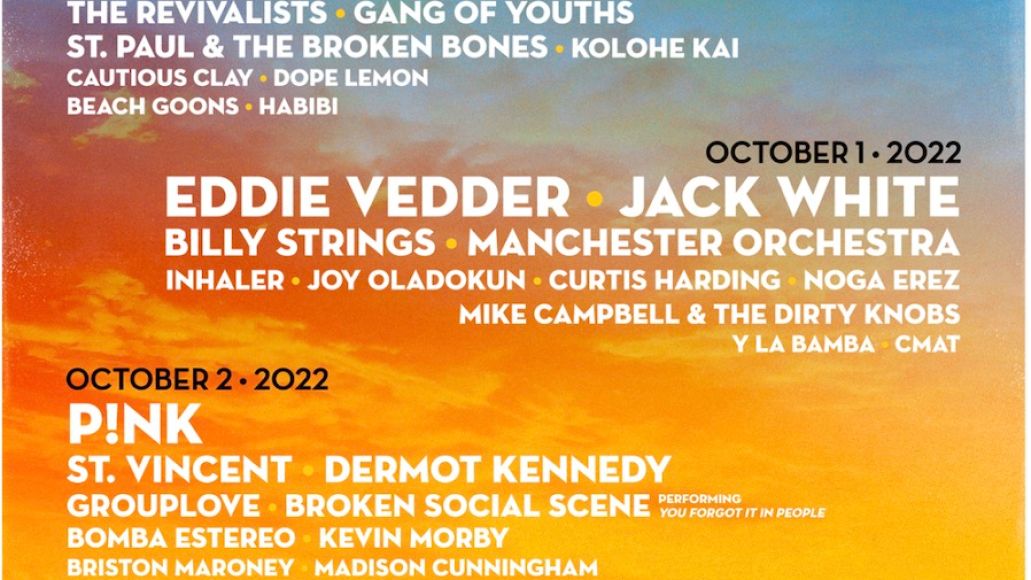