Elon Musk, who last week became Twitter’s largest shareholder, has abandoned his plans to join the company’s board.

Twitter’s CEO, Parag Agrawal, shared the news of Musk’s surprising about-face in a tweet posted late Sunday night, writing, “Elon Musk has decided not to join our board. Here’s what I can share about what happened.”

“The Board and I had many discussions about Elon joining the board, and with Elon directly,” Agrawal said. “We were excited to collaborate and clear about the risks. We also believed that having Elon as a fiduciary of the company where he, like all board members, has to act in the best interests of the company and all our shareholders, was the best path forward. The board offered him a seat.”

“We announced on Tuesday that Elon would be appointed to the Board contingent on a background check and formal acceptance. Elon’s appointment to the board was to become officially effective 4/9, but Elon shared that same morning that he will no longer be joining the board,” Agrawal added. “I believe this is for the best. We have and will always value input from our shareholders whether they are on our Board or not. Elon is our biggest shareholder and we will remain open to his input.”

“There were will be distractions ahead, but our goals and priorities remain unchanged,” Agrawal wrote to conclude his statement. “The decisions we make and how we execute is in our hand’s, no one else’s. Let’s tune out the noise, and stay focused on the work and what we’re building.”

Musk acknowledged the news in a since-deleted tweet featuring a hand over the mouth emoji. 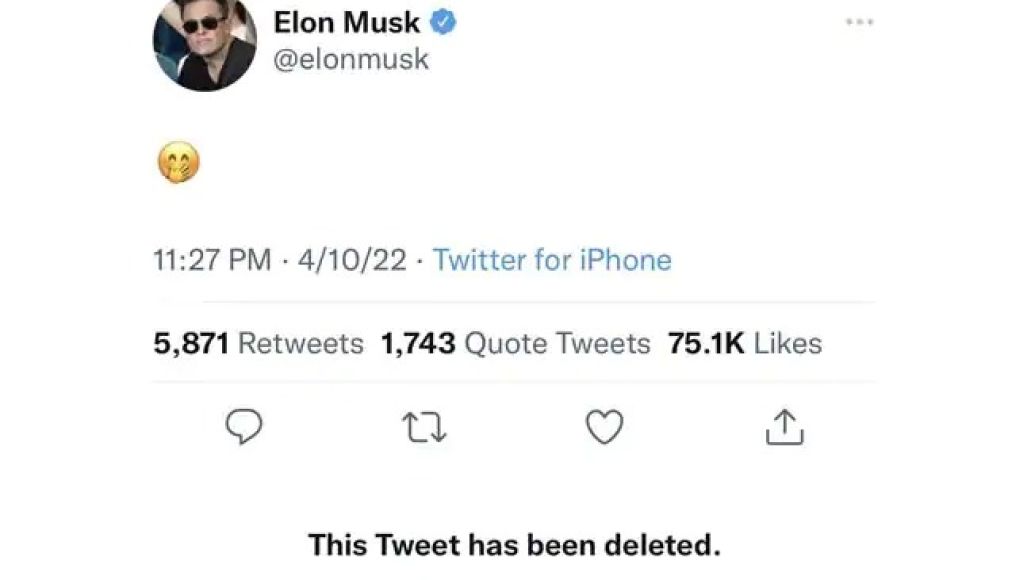 As such, it’s not entirely clear why Musk has reversed course. But in the hours preceding the news, Musk posted a serious of erratic tweets (many of which have since been deleted) in which he asked his followers, “Is Twitter dying?”, and suggested that the social platform change its name and convert its San Francisco headquarters into a homeless shelter.

It’s possible Musk has his sights set on a bigger stake in Twitter. By not joining the company’s board, he is no longer bounded to  a “standstill” agreement preventing members of the board from owning more than 14.9% of Twitter’s stock.

Elon has decided not to join our board. I sent a brief note to the company, sharing with you all here. pic.twitter.com/lfrXACavvk

So Long, Internet Explorer: Microsoft Finally Kills Off Browser at 26

The Winklevoss Twins Cover Rage Against the Machine in New Band: Watch

Elon Musk Decides Not to Join Twitter's Board