Ed. Note: Lucas Ovelar is a teacher based in Paraguay who served as a tour guide and interpreter for Foo Fighters during their visit to Asunción on March 21st and 22nd — days before the tragic passing of his hero, drummer Taylor Hawkins. Ovelar was kind enough to recount his experience with Consequence.

Hi, my name is Lucas. I’m a teacher from Paraguay, South America, and the week of March 21st was probably the craziest week of my entire life. It all started that Monday when Foo Fighters, my favourite band ever, landed in my country for the first time ever. “The wheels were down,” one might say.

Imagine my excitement when I found out that the Mighty Foo Fighters, the band that soundtracked my life since I was a teen, were finally coming to my own country, to my own home city. For me it felt like the Pope was coming to town.

I had been been a fan of Foo Fighters since I was about 13 years old, and my entire teenage years were consumed by the band. So much so that my girlfriend Ailyn and I followed them whenever they toured South America, traveling to nearby countries like Argentina and Brasil. The passion we shared for the Foos tightened our bond. Our travels took us to unexpected locations in South America like Colombia and Chile, and as far away as Europe for shows in Spain, Belgium, and France. 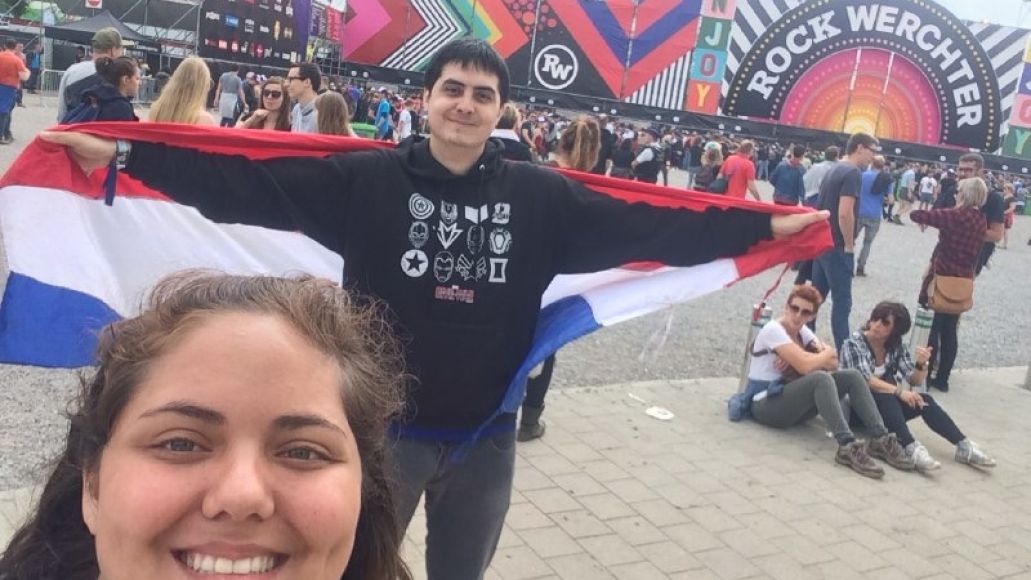 One might think we were crazy, but Foo Fighters just brought so much joy and excitement to our lives. This all changed with the pandemic, of course; of all the things we missed most during those hard times, seeing the band perform live was at the top of the list.

After being hired by the local producers to serve as the band’s interpreter and tour guide, I arrived to Foo Fighters’ designated hotel in Asunción, Paraguay on March 21st. Upon their arrival, each member of the band greeted me, starting with the backup singers: Barbara, Samantha, and Laura. Then the band’s manager, followed by the crew, and finally the band: Rami, Pat, Chris, Nate, Dave, and Taylor.

That night they wanted to try Paraguayan beef, so we went to the best restaurant in town. They liked the food, and were super enthusiastic, talkative, and very easy to speak to. It was also obvious how much they were looking forward to playing here the following day. They went to bed that night expecting to perform at the festival the next day — but no one would imagine what destiny was preparing for all of us. 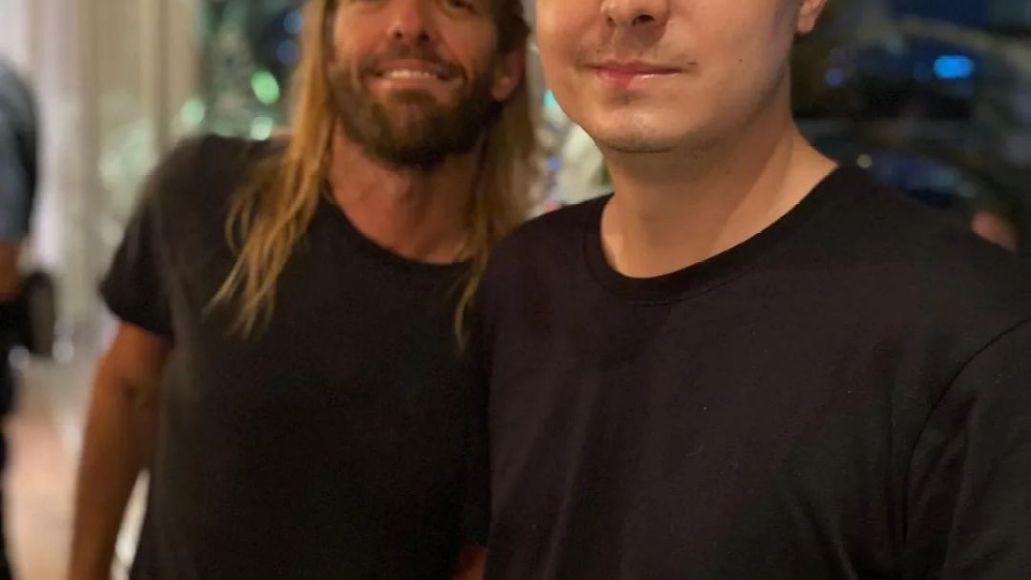 On Tuesday, Foo Fighters were scheduled to headline the most important festival in the country, Asuncionico. Because of the pandemic, Paraguay hadn’t host such a large concert since 2019, and the country was brimming with excitement. In turn, the band was ready to storm the stage.

Sadly, the storm was literal that day. Just as Foo Fighters were getting ready to head to the venue, an unexpected storm flooded the streets, leaving the entire city under water. (It was the same storm that caused lightning to strike Miley Cyrus’ plane.) For safety measures, the festival was canceled.

That evening, a number of Foo Fighters fans congregated outside of the band’s hotel and began chanting their name. Among those present was a nine-year-old girl name Emma Sofía, who brought along her drum kit and began playing Foo Fighters songs in the middle of the street. 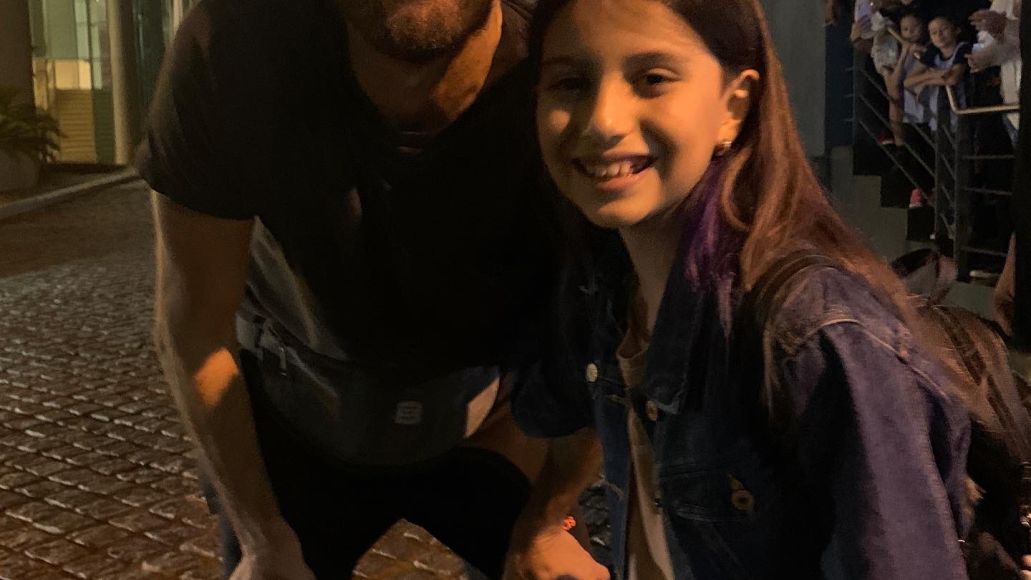 Within minutes, Taylor himself was outside of the hotel, greeting fans and promising to come back to Paraguay as soon as possible. He posed for photos (including with young Emma), and then returned to his room.

The following day, Foo Fighters were due to fly to Colombia ahead of their appearance at Bogotá’s Festival Estéro Picnic. Though still bummed about the previous evening’s rainout, the band’s members were noticeably excited about continuing their Latin American tour. Taylor, in particular, was happily chatting with bandmate Pat Smear about Foo Fighters’ recent on-stage collaboration with Perry Farrell.

Minutes before their departure, I asked them for a photograph, and they happily obliged. Without knowing it, I captured one of the last happy moments of the entire band together.

Two days later, on Friday, March 25th, the bad news arrived: Taylor Hawkins had passed away inside of his Bogotá hotel room. I was shocked and devastated. I still am.

They say “never meet your heroes,” because they will disappoint you. That didn’t apply to Taylor Hawkins. Before ever meeting Taylor, he had a monumental impact on my life. He was proof you could be a kick ass drummer, an awesome frontman, and an amazing human all at the same time and all while remaining humble. He was the reason I became a drummer in the first place, and he taught me to appreciate other rock greats like Roger Taylor, John “Bonzo” Bonham, and Neil Peart. All of these qualities and more were apparent when I lived out a real-life rock ‘n’ roll fairytale by spending two days with Hawkins and the rest of Foo Fighters. 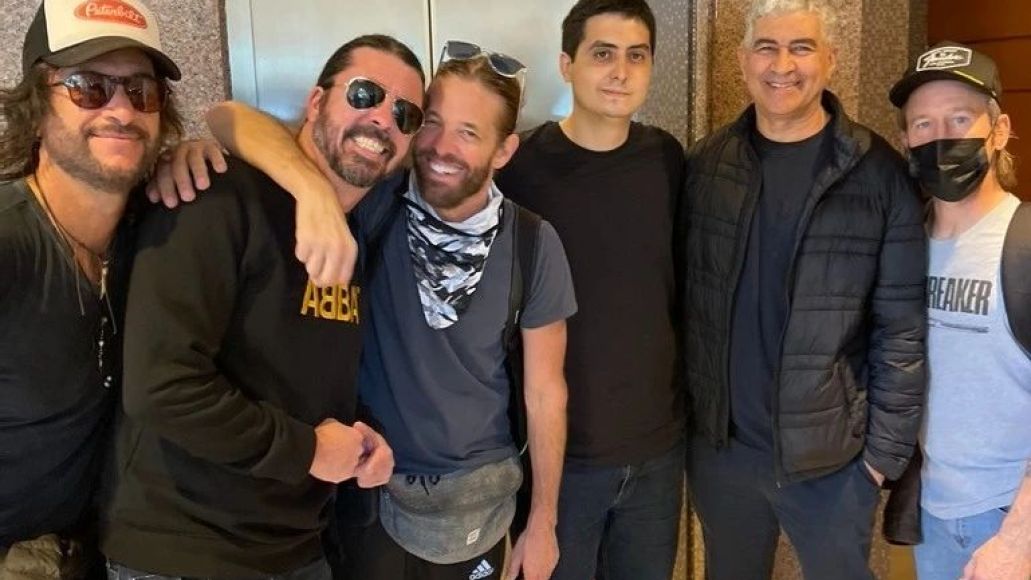