A new festival is headed to Atlantic City this summer. HoldFast Records and promoter Todd Abramson have announced Frantic City, a one-day event taking over the Orange Loop Amphitheater in New Jersey on September 24th.

Frantic City looks like an indie kid’s dream, with Car Seat Headrest, Yo La Tengo, and Snail Mail topping the bill. Titus Andronicus, Superchunk, Rocket from the Crypt, Protomartyr, Murder City Devils, Shannon and the Clams, The Raveonettes, Samiam, and Control Top are also set to perform. Regional vendors will set up shop at the festival, and Fred Armisen will serve as host, so you can expect his specific brand of musical comedy to move the acts along.

Abramson and HoldFast Records’ Joe HoldFast explained the origins of Frantic City in a statement, where they stressed a commitment to showing off the best of Atlantic City while trying to make the notoriously stressful festival experience as convenient as possible for New Jersey locals.

“Obviously, it starts with the stellar line-up but beyond that I think we are aiming to make it very comfortable and we are also being very considerate when it comes to the audience’s needs in terms of food and culture,” Abramson said. “We want to grow this festival by not only getting the repeat business of people who attend this September but we also want those individuals to tell all their friends about what they missed.”

Tickets to Frantic City go on sale this Friday, April 15th at 10 a.m. ET via the festival’s website. 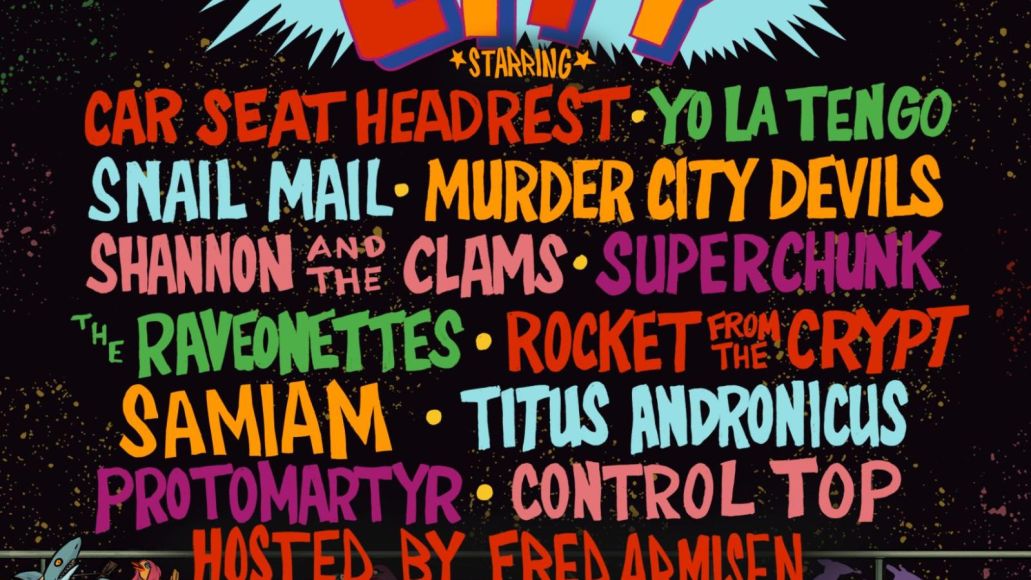