Ghost mastermind Tobias Forge has revealed that the new costumes worn by the band’s Nameless Ghouls were inspired in part by Star Wars.

The ghouls serve as the backing band for Papa Emeritus IV, and their new look certainly has a more steampunk vibe as compared to clergy-like attire they wore in the past. At first, we thought Forge and company took a cue from the cover of Black Sabbath’s Never Say Die. Although vintage fighter-pilot helmets played a part, another main inspiration came from a galaxy far, far away.

“I wanted a sort of militant look, but any time you have people in uniform and in plural, you end up with a slight military vibe,” Forge revealed in a new interview with Revolver. “But I wanted to progress that from cult members to more like an army. So you have a little bit of ’30s European there, and also old air-pilot helmets.”

He continued: “As a Star Wars fan, I’ve always been into the Tusken Raiders (see below) and their sort of lifeless look, so that was also part of it.”

In the extensive interview, Forge also drew comparisons between the 1920s and the 2020s — dystopian themes that influenced the material on Ghost’s latest album Impera (i.e., the song “Twenties”) and possibly the ghouls’ new militaristic aesthetic.

“There are several things that seem cyclical, almost to the year, in terms of a hundred years ago because of the Spanish flu and — we’re obviously not there yet, but there are world war vibes,” Forge said. “Luckily, we seem to know a little bit better now. There seems to be a concept that because of trade and our fondness of our lifestyles, war is extremely impractical. But right now is very similar to the early 1900s, where one wrong decision could start off a really not good situation.”

Ghost are currently on tour in Europe with Uncle Acid and the Deadbeats and Twin Temple, with tickets here. See a Nameless Ghoul from Ghost above, and an image of a Tusken Raider from Star Wars below. 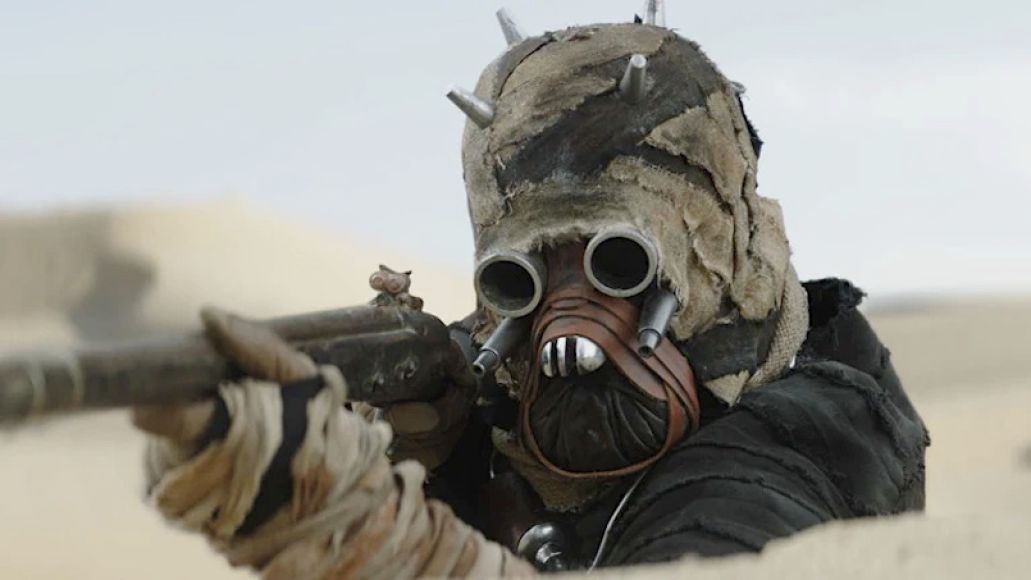