The genre-defining video game Halo has been in development for a potential screen adaptation for nearly a decade now, and over that time one question has loomed large: Would we ever see the face of the franchise’s main character, a taciturn super-solider named Master Chief Petty Officer John-117, who has never been unmasked over the course of 16 video games made over 21 years?

It’s a question that the Paramount+ series, which debuted this spring, answered towards the end of its first episode, as Master Chief (brought to life here by Pablo Schreiber) removed his helmet while being held at gunpoint by the terrified Kwan (Yerin Ha), in an effort to connect with her. Up until that point, Master Chief had been a man of action but always held at a distance by the show because of the full suit of body armor that protects him from the world, but then he revealed the man beneath.

It’s a trend that continues to some degree over the first three episodes, with Master Chief in full armor when the occasion calls for it, but more often than not John-117’s face can be seen — he even wears non-uniform clothing from time to time, as human beings are wont to do. And seeing Schreiber’s face as often as Halo ends up exposing it on-screen brings with it a charged thrill, similar to how we often imagine Victorian-era gentleman swooning at the sight of a lady’s exposed ankle. What luxury, what indulgence, to be able to see the face of a TV show’s main character! 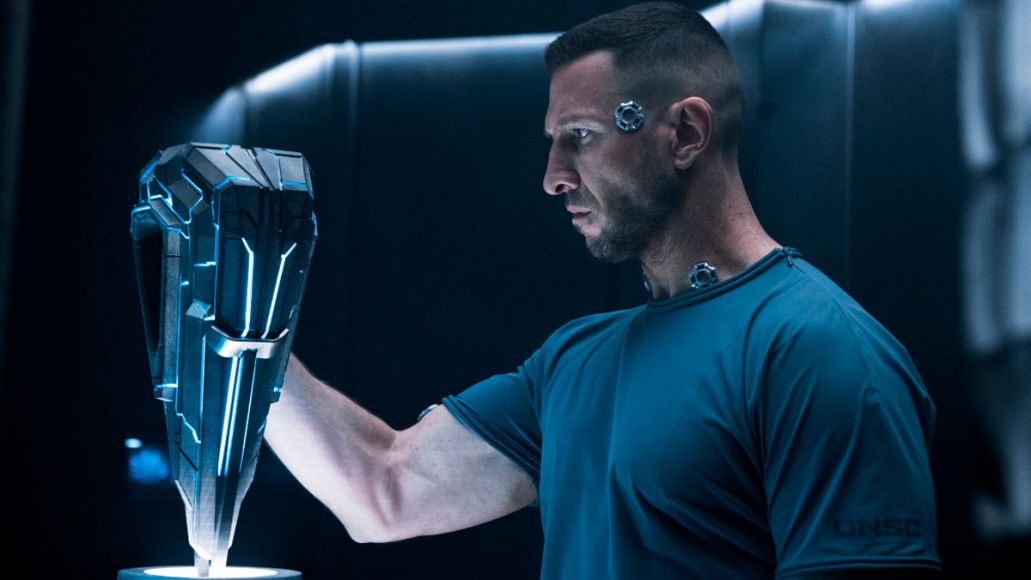 Perhaps this feeling is due to the prolonged after-effects of watching multiple seasons of Star Wars shows where it was literally against the main character’s religion to take off his damn helmet… Wait, no, it’s definitely that.

In The Mandalorian, Din Djarin almost always keeps his helmet on due to the requirements of his religious order, though the choice to keep his face largely obscured over the course of the show’s run may have had more to do with Pedro Pascal’s production schedule on other projects.

As for Master Chief, he does explain Kwan at one point that he needs his helmet because “all of my diagnostic command and control systems run through here.” But it’s not a requirement for his existence, and the fact that the show doesn’t overextend itself to justify keeping the helmet on is a blessing.