Electro-pop veterans Hot Chip are coming to save your summer. Freakout/Release, the British quintet’s eighth studio album, will arrive on August 19th via Domino, and today, they’ve given a sample of what’s to come with the lead single/album opener “Down.”

Without losing the poppy charm that’s made Hot Chip so loved, this album promises deeper themes and more ominous emotions. “We were living through a period where it was very easy to feel like people were losing control of their lives in different ways,” Goddard said in a press release. “There’s a darkness that runs through a lot of those tracks.”

With “Down,” Hot Chip instantly grab you by the ears, blending elements of funk and disco into their well-worn electronica. As Taylor sings of “dreaming [his] life away,” the music video — directed by Douglas Hart and Steve Mackey — references Stanley Kubrick’s The Shining, using distorted imagery to convey a sense of looming hysteria. Listen to “Down,” and see the artwork and tracklist for Freakout/Release, below.

Freakout/Release is the proper follow-up to Hot Chip’s 2019 album, A Bath Full of Ecstasy. Back in 2020, the band shared a 19-track Late Night Tales compilation album that included three new songs and a cover of The Velvet Underground’s “Candy Says.” You can also catch Hot Chip on their North American tour right now; get tickets over at Ticketmaster. 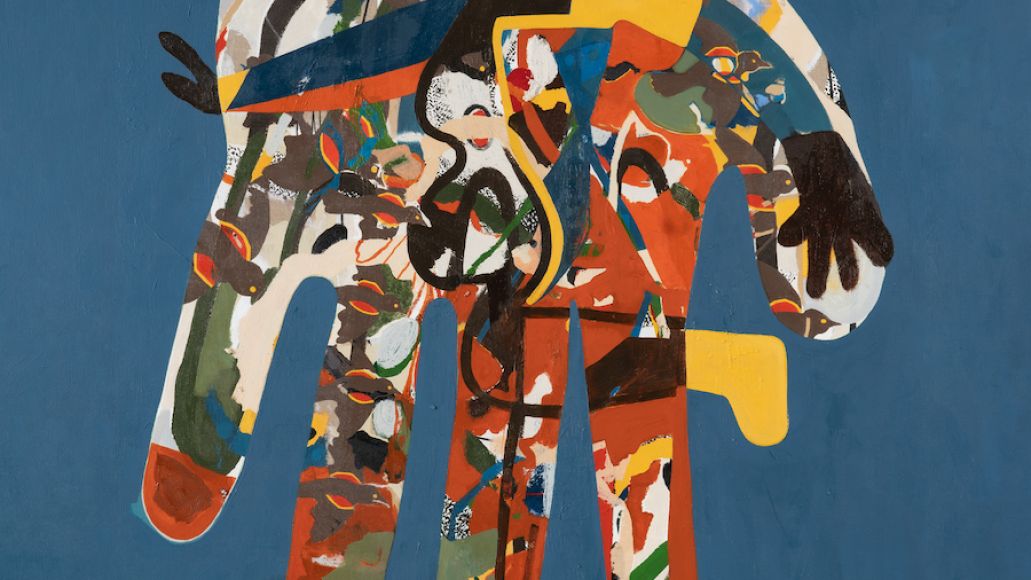