In Starz’s critically well-received series Shining Vale, the “shit-com” (to quote co-creator Sharon Horgan’s invented term for the genre) blends horror and comedy for an unconventional story about a writer and mother (Courteney Cox) who thinks she’s seeing ghosts. Or she’s experiencing a mental breakdown? That’s just one of the show’s mysteries.

The show’s stellar cast includes Cox, Greg Kinnear, Gus Birney, Merrin Dungey, Dylan Gage, and Mira Sorvino, but TV fans might especially spark to the inclusion of Judith Light, whose legendary career on screen and on stage has recently included a number of unforgettable performances in shows including Transparent and The Assassination of Gianni Versace: American Crime Story. These days, as the veteran actress tells Consequence, she mostly gets offered roles but she’s not at all afraid of auditioning.

Light plays Joan, Pat’s passive-aggressive mother, who may or may not have helped contribute to Pat’s problems with mental health. Aside from having problems with her back on the set, Light had a great experience working on the show, and opens up here about this point she’s at in her career, and also her feelings about the name of this humble website. (Spoiler alert: She likes it!)

Hi, I’m with Consequence. How are you today?

How are you? Consequence? I love that title. That’s fabulous.

Yeah. The site used to be called Consequence of Sound, but we shortened it. It’s fun. You have to say it with purpose, I’ve found.

It does! For example, you star in a TV show, you end up having to do some press for it.

Love it. [Laughs] Listen, if you didn’t do this, how would anybody know about it?

I’m so grateful for press. I say that to my people at Rogers and Cowan all the time, I say, “Oh, so thank you for putting this together. 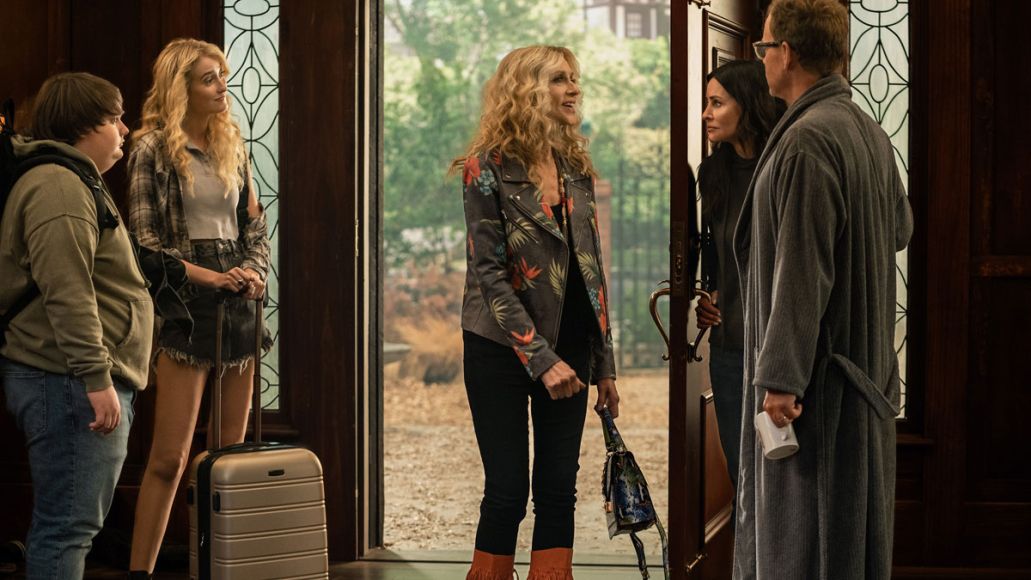