Finally: Kendrick Lamar is set to return with a new album. Entitled Mr. Morale & The Big Steppers, the Compton rapper’s first record in five years arrives on May 13th, 2022.

Kendrick shared the news via a post to his website oklama.com, under the letterhead of his multi-media company pgLang. He initially linked to the announcement by quote tweeting a fan who said the rapper had retired.

Mr. Morale & The Big Steppers is Kendrick’s fifth album to date and first since 2017’s DAMN. The forthcoming project also marks his final release with Top Dawg Entertainment. Last August, the rapper announced that he would be leaving his longtime record label in favor of pgLang.

In the lead up to announcing Mr. Morale & The Big Steppers, Kendrick headlined Las Vegas’ Day N Vegas festival last November, and performed alongside Dr. Dre at the 2022 Super Bowl Halftime Show back in February.

So far, he has two live appearances on the books in 2022: at Miami’s Rolling Loud in May and at Glastonbury in the UK in June.

As is par for the course with Kendrick, he’s keeping most of the details about his new album close to the vest. “All factual information for this release will come directly from this source only,” he wrote to close today’s announcement post. 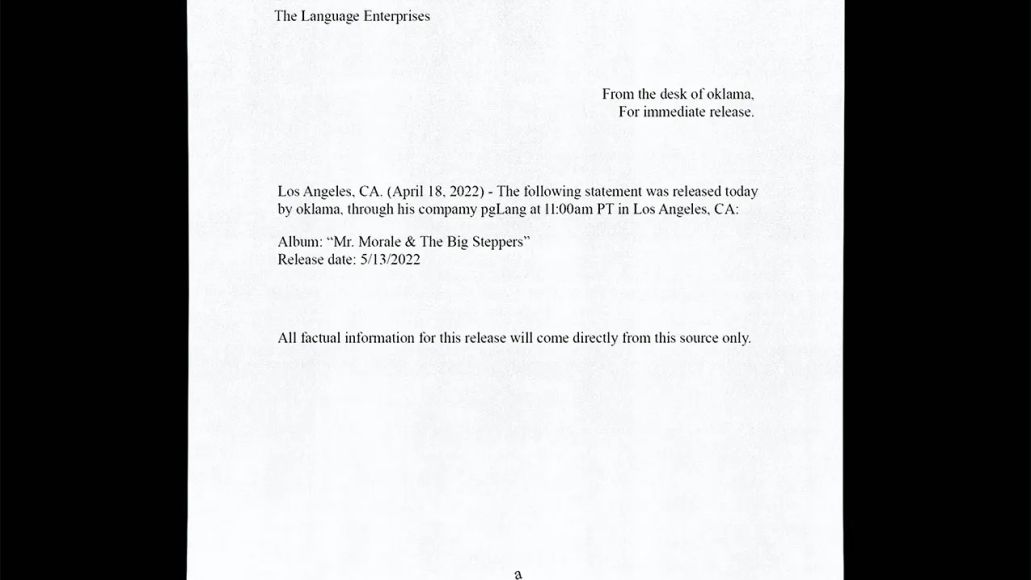