She has risen. Lorde returned to the stage in New York City — on Easter Monday, no less — just days after postponing a number of shows due to laryngitis. Maybe there was some residual throatiness to the Kiwi pop megastar, but it barely registered. The beauty of her full-fledged “Solar Power Tour” production at the iconic Radio City Music Hall was enough to cure any ill feelings.

Talking about “post-pandemic live music” is already becoming cliché, but we can’t discount how the last two years impacted performances. On one hand there are acts like Lorde’s opener, former Artist of the Month Remi Wolf. Here’s someone who broke out during a lockdown where the only music absorption came via streams and TikToks. Now, with touring back in full swing, she’s playing Radio City. Think about the mental gymnastics that have to take place when going from a small headlining set at Music Hall of Williamsburg to Radio City Music Hall opening for Lorde in just six months.

Could any young performer who’d barely gotten their stage legs handle such a big venue?

For Remi, the answer is a big, fat, stinking, steaming, star-making yes. With absolutely zero stage production and only a guitarist and drummer (and backing track) behind her, the Juno singer completely devoured her show. She used the ramparts on both sides of the stage, the aisles between the seats, and her own infectious energy to reach every inch of the great concert hall.

A lesser up-and-comer may have garnered polite applause as an opener in a city like this in a venue like that; Remi Wolf had the whole room on their feet by the end, proving she’s a performer only beginning to express her live dominance. 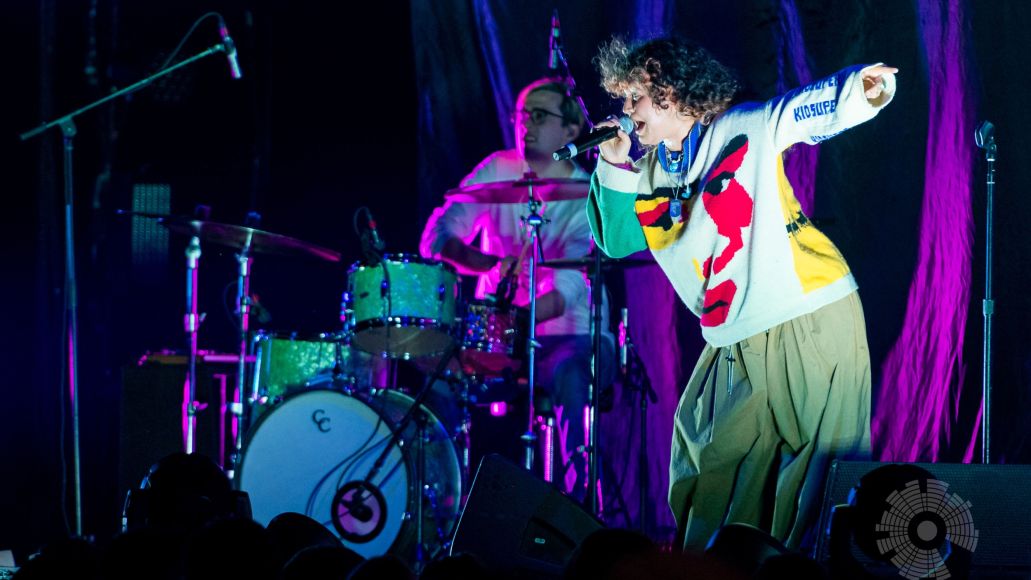 Then on the other hand there’s Lorde. Firmly a modern pop icon, even a so-so received pandemic album isn’t going to slow her down. Where Remi could do little but dream of performing live over the last few years, Lorde and her resources were able to dream up whatever they wanted, knowing that when live returned, they could welcome it with open wallets.

This, perhaps, is why so many shows from major artists recently have been precisely choreographed theater experiences. The “Solar Power Tour” features a setlist broken down into Acts (literally; it’s on the production crew’s notes), each marked by a costume change (one of which takes place on stage in silhouette), all carefully blocked around a custom constructed set. 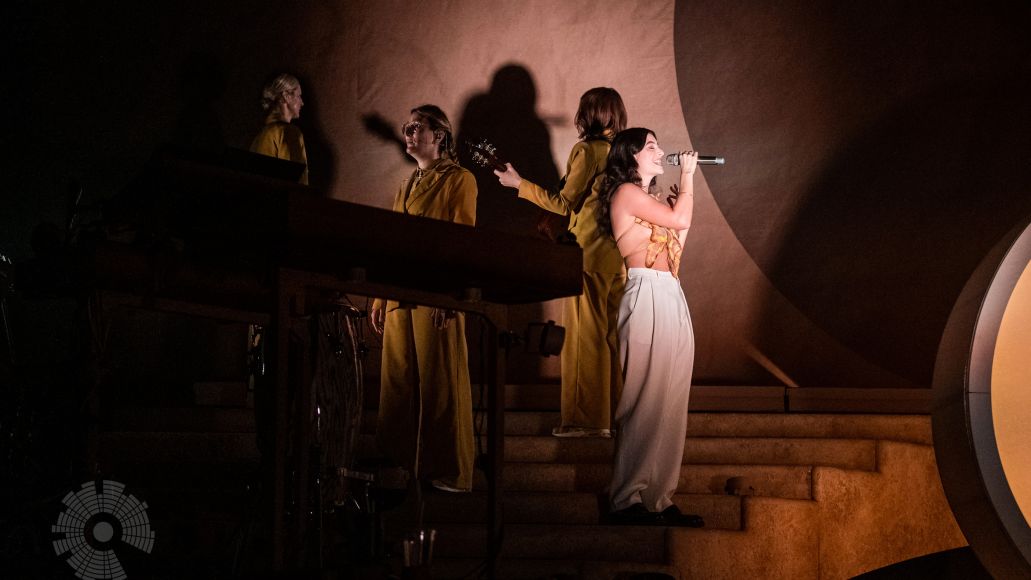 Still, the very nature of these sort of pre-plotted concerts saps some of the earnestness of the performance. You could make arguments about music – pop in particular – being most powerful in its abilities to manipulate emotion, same as a Broadway experience, so a theatrically laid out concert is just an extension of that dynamic. But the dichotomy of that is acknowledging everything an artist says and does in these situations is predetermined, which removes the spontaneity – or at least, the illusion of it – that can be such an important part of concerts.

So perhaps all the banter about her songs focusing on the way “emotions affect our bodies – how feelings can change the way we feel” was somewhat scripted; to some extent, isn’t most stage banter? What truly felt rehearsed about the “Solar Power Tour” was the small, deliberate movements of both the stage and Lorde’s band.

Dressed in matching mustard-colored suits, the musicians and backup singers moved slow and stiff through different songs, so subtle that sometimes you forgot they were there – which is kind of a shame, because there were moments when they really shined musically. It felt like a less energized David Byrne production, which isn’t meant as a criticism, as it fit the sort of melodramatic (pun) pop Lorde delivers at her best.

Plus, the meticulous positioning of the band members lent itself to the shapes (as my high school theater teacher would describe it) of the stage design. Lorde’s team came up with a relatively simple looking set: a staircase rising toward a vanishing point propped against what looked like the shell of a giant bass drum, positioned on a rotating base surround by asymmetrical stairs, all in front of a projection screen with a giant circle at its center. (Okay, it’s a little more complicated in description than in reality.) 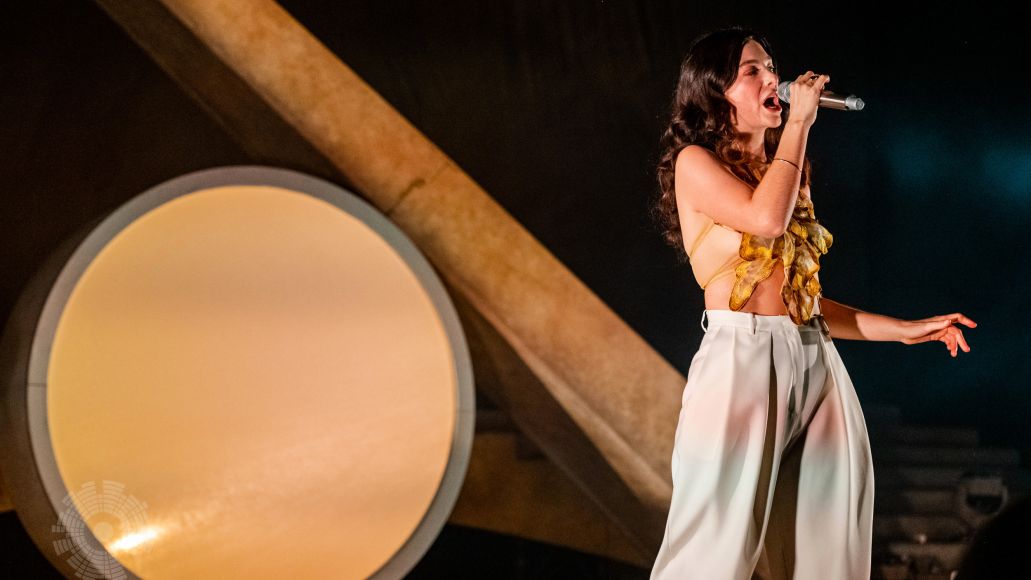 It gave the impression of a giant sundial (see what Lorde did there?), and kept what was occasionally static choreography (save for when Lorde let herself go, as she’s wont to do) from seeming fully… well, static. Everything felt constantly layered and leveled, elevated even further by some incredible graphic design, like when that giant circle turned into an eclipse or was surrounded by mirrored projections of Lorde.

Look, there’s so much focus on the stage here because that’s precisely the type of show Lorde is bringing to audiences: one that’s about the design as much as the music. The tracks off Solar Power tended to blend together if you weren’t a superfan (and Radio City was filled to the brim with those; and no, Lorde didn’t shush the crowd at any point). Standouts included “Mood Ring,” “California,” “Stoned at the Nail Salon,” and the confetti-cannon assisted “Solar Power” itself. That the main highlights came from Melodrama (“Hard Feelings,” “Supercut,” the still perfect “Green Light”) and Pure Heroine (the one-two encore of “Royals” and “Team”) probably doesn’t shock anyone.

So what becomes truly interesting is how it was all presented. The “Solar Power Tour” is very much Lorde in 2022, less about the bangers and more focused on subtler beauties. Her costume changes were often stunning (the dress worn for the encore was red carpet-worthy); the set, at worst, intriguing; and the songs themselves showcasing a matured, individualist pop performer comfortable in her identity. It was not like the raucous energy of Remi Wolf, but it was a fascinating and equally engaging contrast.

Both performers put on captivating performances, both from different sides of the post-pandemic spectrum. One tore up a large, empty stage, one fashioned a beautiful production based on her quieter aesthetics. The fact that both worked so well in a space the size of Radio City Music Hall demonstrates that no matter your approach, a good show is a good show — especially in 2022.

Ed. Note: Lorde’s “Solar Power Tour” continues in the US through August. Get tickets here. 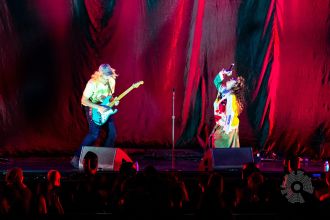 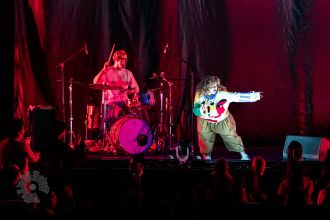 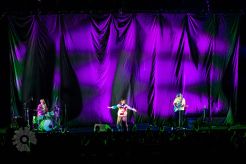 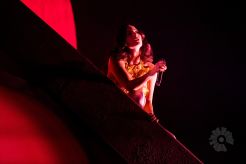 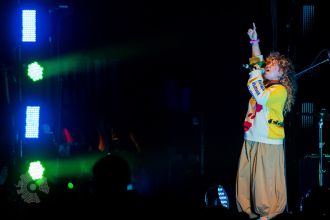 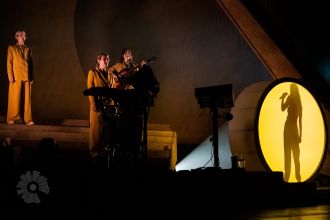 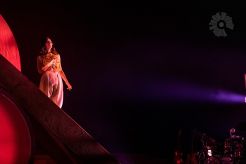 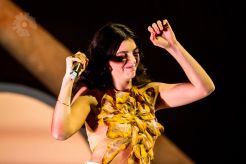 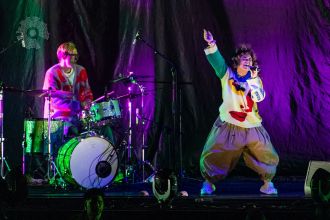 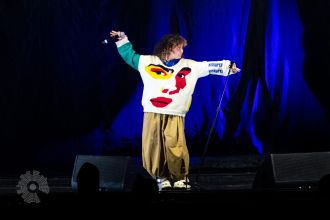