Mac DeMarco is heading out on a US tour this fall following a European leg and California run of shows this summer.

The Pepperoni Playboy’s new dates kick off in Phoenix on November 2nd and will hit cities in the South and Midwest including Dallas, New Orleans, Memphis, Atlanta, Detroit, Chicago, and Milwaukee. The tour runs through November, with the final two shows stretching west to Denver on November 25th and Las Vegas on November 27th. Check out the full itinerary and hand-drawn tour poster below.

In a statement, the enigmatic indie star shared: “I’ve been driving around North America for the last couple months in my Toyota, making five easy hot dogs. I’ve been to a lot of new places, a lot of old ones. Seen a lot of old friends, made some new ones too. Keep your eyes peeled, maybe I’ll pop up in your zone soon.”

DeMarco will be plenty busy this spring and summer. After first opening for The Strokes at Brooklyn’s Barclays Center on April 6th, he’ll hit the road for European legs in June and September with a string of California dates sandwiched in between that will showcase his recent Mac’s Record Label signee Vicky’s Farewell. He’ll also be giving a special performance at Seattle’s Day In Day Out Festival to celebrate the 10th anniversary of his Rock and Roll Night Club EP and the album 2 in August. Tickets for all those shows are available now via  Ticketmaster.

His most album, Here Comes the Cowboy, was released in 2019. 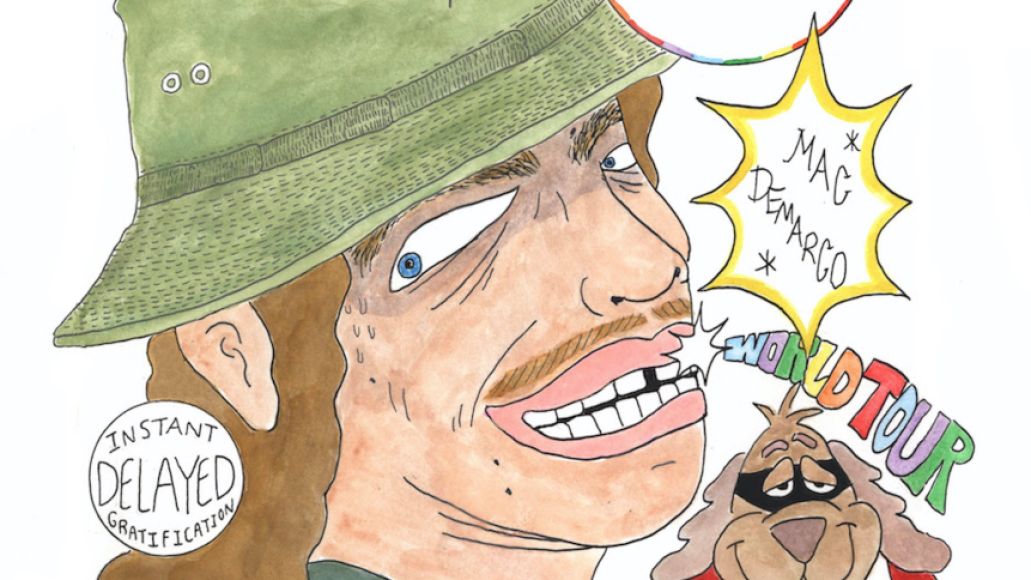