The new Showtime series The Man Who Fell to Earth isn’t a remake — it continues the story of the cult classic Nicholas Roeg film, which starred David Bowie as Thomas Jerome Newton, a mysterious alien whose arrival on our planet ends in tragedy. So while the show starts decades after the film, with the arrival of a new titular man who’s fallen to Earth (Chiwetel Ejiofor), the original man is still there, albeit with a new face in veteran stage and screen actor Bill Nighy, beloved from roles in Love Actually, Pirates of the Caribbean, and Shaun of the Dead.

Despite Bowie no longer being alive, there was never a question of continuing the story without the presence of Thomas Jerome Newton, according to co-creator Jenny Lumet. “He’s important — the first alien and the second alien that was always the thread. I don’t know how you actually tell the story without the character of Thomas Jerome Newton,” she tells Consequence.

“It just would’ve failed,” Kurtzman agrees. “Then, if we had tried to have an actor who was doing an impersonation of Bowie, we would’ve failed even more. Yet if we’re really looking to honor the source material, as Jenny said, you really can’t tell the story without it.”

As Kurtzman explained at the TCA Winter Press Tour earlier this year, they knew it would be an incredibly difficult casting process, “because there’s really no way of looking at it in any other way than saying ‘Someone is stepping into David Bowie’s shoes.'” So the approach became, as he said, to choose “an actor who would not be doing a David Bowie impression but, in fact, was going to be bringing his own very unique soul to the character of Thomas Jerome Newton, which is separate from the human being that was David Bowie.” 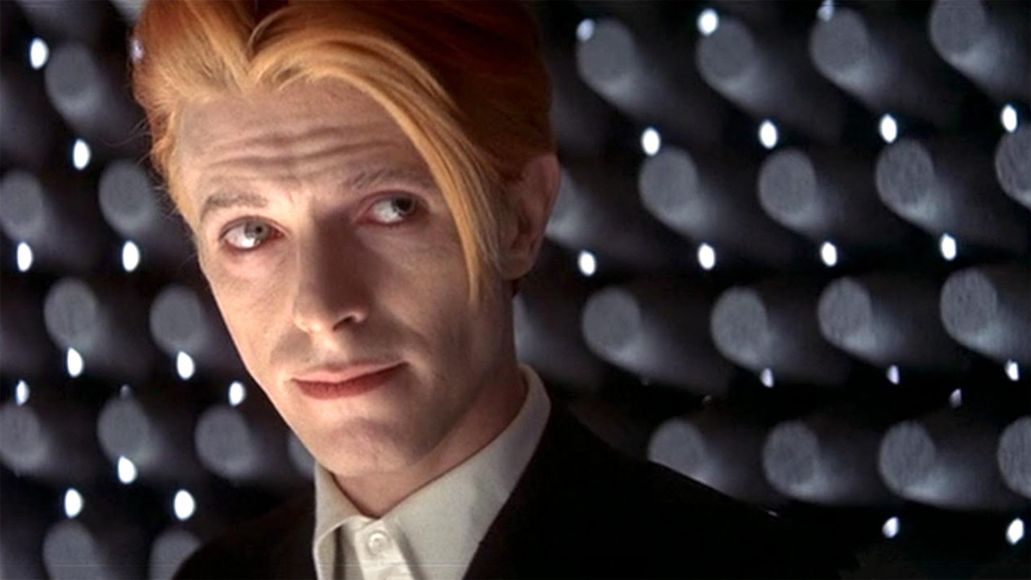 The Man Who Fell to Earth (British Lion Films)

Nighy, added Kurtzman then, “is everything you want him to be as a human being. He really is. He is dedicated, collaborative, beautiful, soulful, thoughtful. He never relents until he has dug as deep as possible to get where he needs to go. He understood fully and completely what it meant to take on this role… There really was nobody else that we could have imagined for it. It was perfect, right? You need a legend to step into the shoes of a legend. It’s really the only way to do it.”

Key to the casting choice isn’t just that Nighy has his own take on the character, but because the Showtime series serves as a continuation of the original film, the character has changed a great deal over the passing decades. Newton shows up as a sort of guide to Ejiofor’s character (who takes on the name Faraday) — albeit one who’s been totally transformed by his treatment here on Earth, and whose reasons for making contact with Faraday might be suspect.

“Thomas Newton, in the film and in the novel, is essentially a passive character. In a beautiful way, right? The story’s about an innocent who really gets destroyed by human vices,” Kurtzman says. “We knew that that wasn’t going to make for good drama here, and we knew that if we were going to tell a new story, then you take this character who’d fallen in love and been betrayed by the woman that he loved, who’d become an alcoholic, who’d been blinded by the CIA, the worst of the worst. And you go, ‘Well, who would that character be 45 years later?’ Because he’s not going to be the same guy. He’s going to be a very different guy.”

This means, as Lumet teases, that as the first season continues, “There’s an extremely complicated relationship between Faraday and Newton.”