The mysterious and newly “reunited” punk band Max Creeps have announced a new album and shared the video for the new song “Burn It Down.”

In their own words, Max Creeps are a “highly-influential Seattle band who formed following a chance encounter at David Bowie’s 1973 Hammersmith Odeon show.” The duo, which consists of members PC Bullshit and Max Blastic, claim that they revolutionized music, “inspiring a legion of bands including the Sex Pistols, The Clash, Wire, and Devo, while simultaneously creating what we now call ‘punk rock’ and abstaining from cementing their songs to vinyl or any format du jour.”

Considering the band’s profound influence on the course of pop culture, it was no surprise that many punk and hard rock luminaries lamented the sudden breakup of Max Creeps earlier this week. Henry Rollins, Killing Joke’s Jaz Coleman, Laura Jane Grace, Slash, Duff McKagan, Phil Campbell, Green Day’s Billie Joe Armstrong, and many more tweeted their bewilderment and disbelief at the sudden disbandment. Or perhaps it was just a clever marketing campaign?

“Just got the news about Max Creeps,” wrote Rollins. “This is hard. How many times have we all been at their shows singing every word of ‘Be My Douchebag’ and ‘The Doctor Had To Amputate’? I know you know what I mean.”

Following the public “outcry,” Max Creeps announced that they were immediately reuniting and even have a new album, Nein, set to drop on May 13th.

For those who still don’t get it, the backstory on Max Creeps appears to be embellished, to say the least, but who could be behind those middle-finger masks? A glimpse at the “Burn It Down” video might provide some clues. The guy in the red wig sure looks a lot like Duff McKagan, and considering the amount of celebrity musicians who were in on the joke, it wouldn’t be surprising that a big name or two would be in the band.

“I feel we’ve made the record we meant to have made back in the day. If the topics seem familiar, well, WE WROTE THEM FIRST,” commented Max Creeps’ Max Blastic in a press release. “I don’t actually REMEMBER what the songs are about but I KNOW we were the first and the best. We were and are ALWAYS the first and best.”

Pre-order Nein via Velocity Records. Watch the video for “Burn It Down” and see the album art and tracklist below. 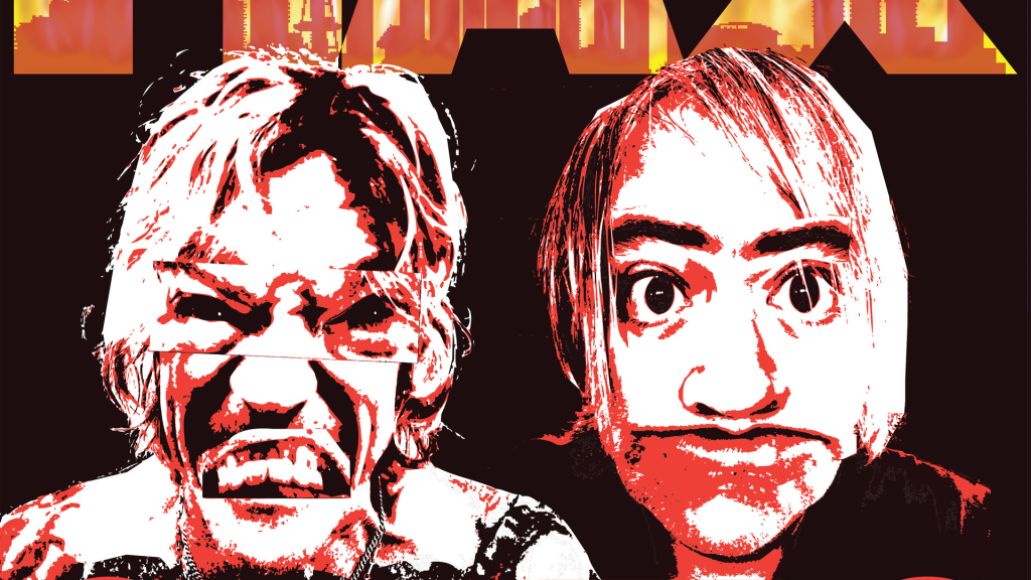