The Pitch: Heavy metal, with its knowingly ridiculous embrace of deafening volumes and over-the-top violent imagery, and predominantly young male audience, has been fertile territory for comedy since This Is Spinal Tap.

And over the last few decades, some enduring comedies have irreverently paid tribute to hard rock bands and the adolescents who love them, including School of Rock, Bill & Ted’s Excellent Adventure, and Detroit Rock City. Screenwriter D.B. Weiss, best known as the co-creator and co-showrunner of Game of Thrones, has brought us a potential new addition to that canon with Metal Lords.

In 2019, Weiss and his Game of Thrones creative partner David Benioff inked a $200 million deal to produce films and series for Netflix. And while some of Benioff and Weiss’s more ambitious projects for other companies have fallen by the wayside, including films in the Star Wars universe and an alternate history series for HBO called Confederate, their productions for Netflix so far have been lighter fare: a Leslie Jones standup special, the campus activism satire The Chair (co-created by Benioff’s wife Amanda Peet), and now… a teen comedy about an aspiring metal band.

For Those About To Rock: Kevin (Knives Out’s Jaeden Martell) is a nerdy high school marching band drummer. His best friend Hunter (Adrian Greensmith in his feature film debut) is a guitar player who convinces Kevin to join his “post-death metal” band, and learn how to play blastbeats with a double-bass pedal.

Hunter’s plan for rock stardom and world domination runs through Glenwood Lake High’s battle of the bands, where his underground metal heroes Killaton got their start (no relation to the real life Syracuse metal band Killaton). So they work diligently on songs with titles like “Machinery of Torment,” plotting to vanquish their crowd-pleasing soft rock rivals Mollycoddle. There’s just a couple of problems: they don’t have a bassist, and their band name, SkullFucker, won’t fly at a school event.

When Kevin finds out that his crush Emily (Isis Hainsworth from Emma.) plays cello, they jam together, and the drummer starts passing Hunter’s metal lessons onto her. Their relationship blossoms as Kevin primes Emily to join SkullFucker — unfortunately, Hunter is an emotionally stunted meathead who says things like “no Yokos” and “having a cello player instead of a bass player would be completely gay.” 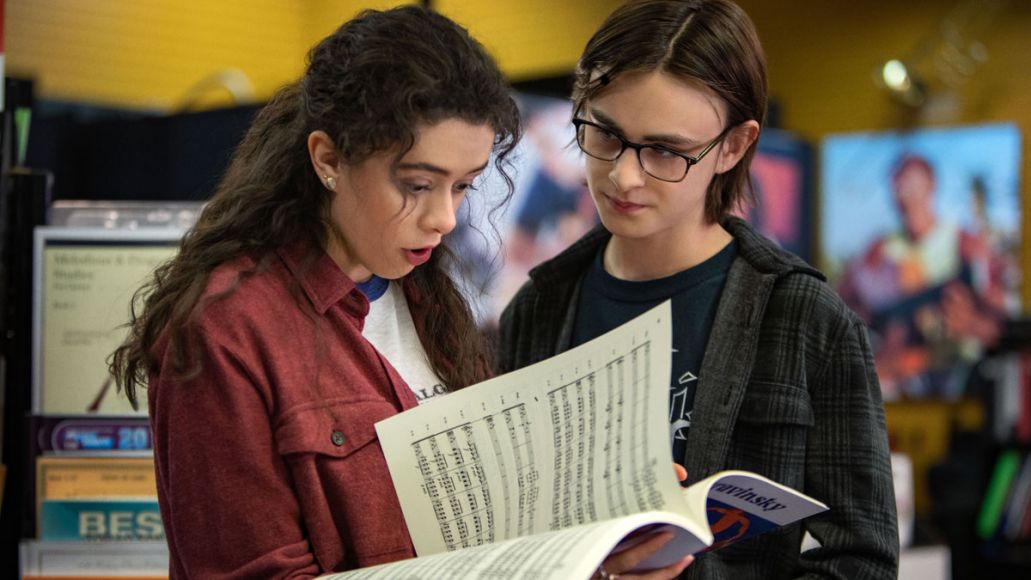