Metallica’s All Within My Hands Foundation has donated $500,000 to help feed Ukrainian refugees. The money is going to the World Central Kitchen, which is providing meals for millions of people who have fled Ukraine as the country continues to come under attack by Russia.

World Central Kitchen was founded by Chef José Andrés to provide “meals in response to humanitarian, climate, and community crises.”

Metallica drummer Lars Ulrich said of the donation, “The work that Chef José Andrés and the dedicated World Central Kitchen cooks do on the frontlines in a humanitarian crisis is nothing short of incredible. We are inspired, humbled, and beyond proud to support their teams currently in six European countries serving the millions of Ukrainians who have been forced to leave their homes.”

He continued, “WCK represents everything that Metallica and our All Within My Hands Foundation stand for by providing meals with dignity and hope worldwide.”

While the donation through Metallica’s foundation is quite generous, the band is looking to raise even more money for the cause, with a goal of raising the total to $1 million over the next two months.

To help reach that goal, Metallica artist Andrew Cremeans has created a unique t-shirt design (see below) that is currently available via Metallica’s webstore. All proceeds from the sale of the shirts will benefit World Central Kitchen’s #ChefsForUkraine campaign. Straight-up donations are also welcome via the All Within My Hands Foundation website, where you can choose the World Central Kitchen from a drop-down menu.

In addition, band members James Hetfield and Kirk Hammett will support the cause by auctioning off the guitars they use to play “The Star-Spangled Banner” at the San Francisco Giants’ upcoming annual “Metallica Night” on May 24th.

Metallica will kick off a South American tour at the end of this month, before returning to the States to play the Boston Calling and BottleRock festivals. The band is also scheduled to perform at Lollapalooza in Chicago this summer, as well as a couple of headlining stadium shows. Pick up tickets to Metallica’s upcoming concerts via Ticketmaster. 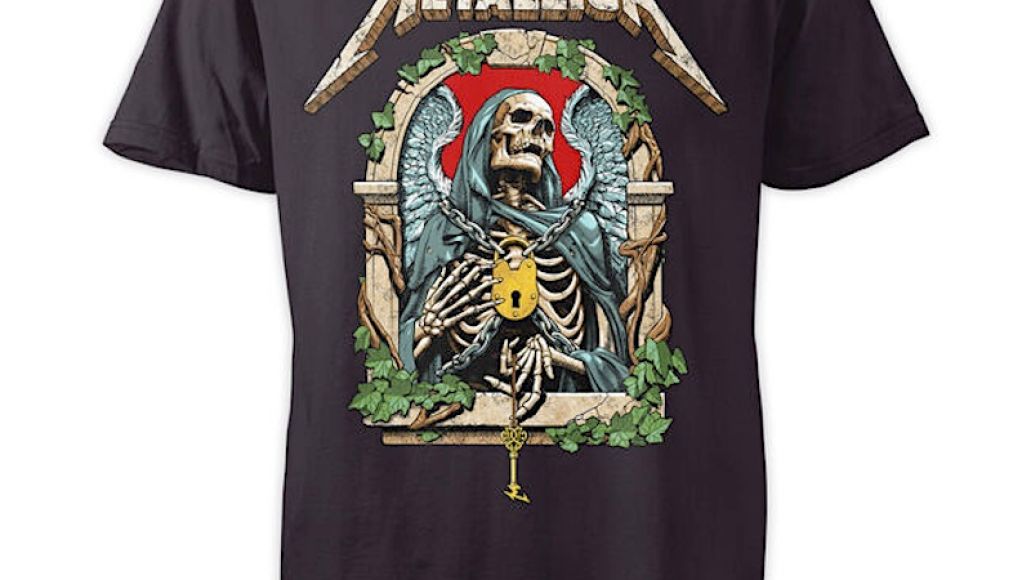