The band’s upbeat brand of crossover thrash metal is always a joy to hear, and the Virginia-based act keep the foot firmly on the gas on “Grave Dive.” Hooky riffs push the song forward while energetic frontman Tony Foresta is backed by a healthy dose of gang-vocal shouts.

“It’s in the vein of songs like ‘Headbanger Face Rip’ and ‘Wave of Death’,” Foresta said in a press release. “It’s an inspirational song for our fans to cause bodily harm to themselves, but in a loud and healthy way, of course.”

“We’re not writing any love ballads to sell records,” Foresta notes. “We’re just doing what we’ve always done since the band started — and that’s try to write loud, fast, and ripping hardcorepunkmetal. We hope you walk away with some bloody ears, blown speakers, pissed off parents, black eyes, and a healthy distrust of authority.”

Ahead of the album release, Municipal Waste will be hitting the road for a short US tour in May with support from a stacked bill including Pig Destroyer, Dwarves, and Spy. The trek kicks off May 13th in Reno, Nevada, and runs through May 18th in Portland, Oregon. Get tickets via Ticketmaster.

You can pre-order Electrified Brain via Municipal Waste’s website. Stream “Grave Dive” and see the artwork, tracklist, and tour dates below. 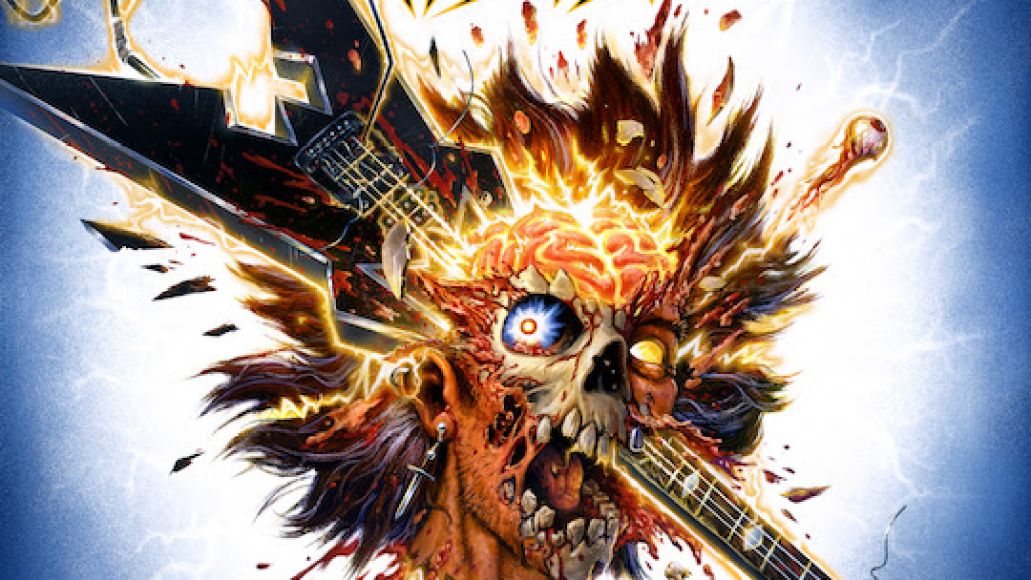 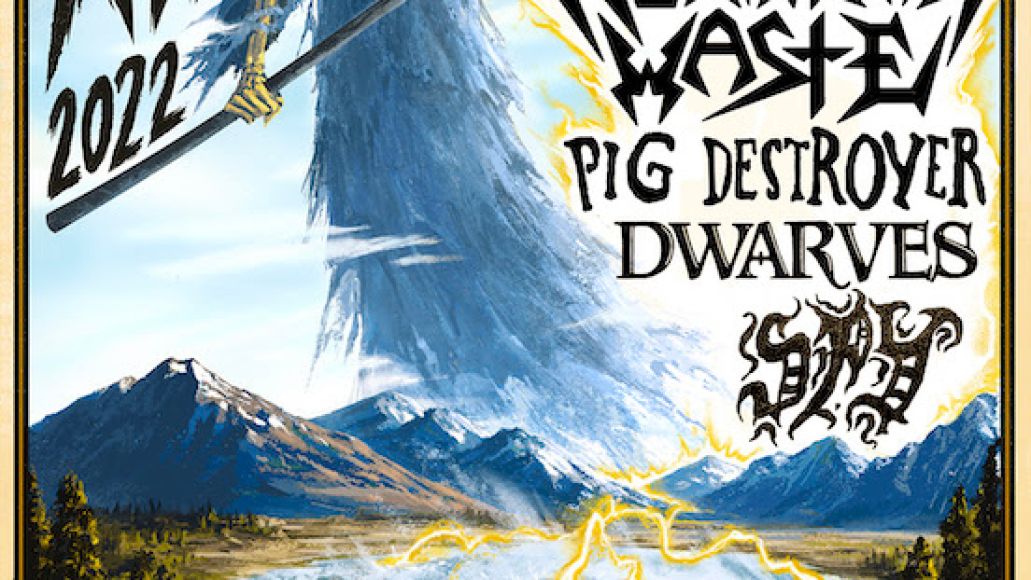