Nine Inch Nails have announced more details for their upcoming 2022 tour, with Yves Tumor, 100 Gecs, and Boy Harsher now set to join the Rock & Roll Hall of Famers for various US dates.

The Trent Rezor-led outfit had previously announced a September performance in Cleveland with fellow industrial titans Ministry and Nitzer Ebb. Now, NIN have unveiled more company for the road, starting with Boy Harsher, who will join the trek for opening night in Raleigh, North Carolina on April 28th as well as a stop in Franklin, Tennessee on May 1st. 100 Gecs come aboard for a two-night stand in Philadelphia, while Yves Tumor steps in for six shows in September.

Along the way, Nine Inch Nails will play festivals including Shaky Knees, Primavera Sound, and Louder Than Life, as well as Boston Calling and Welcome to Rockville, where they’ll be replacing Foo Fighters.

Check out the full itinerary below and get tickets to the upcoming shows here. 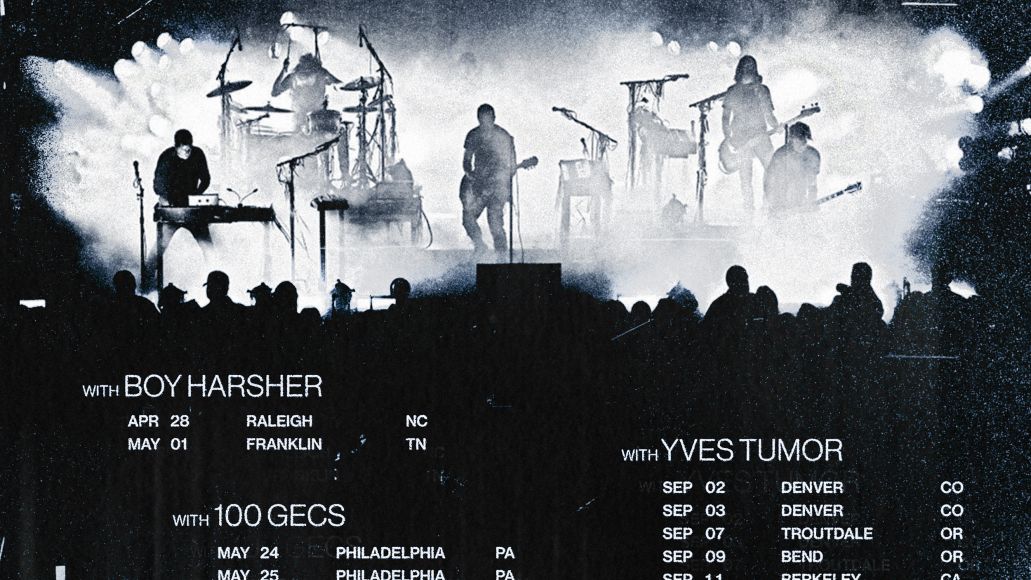