The Pitch: After a four-month hiatus, the Netflix overlords have dropped the last half of Ozark’s final season (maybe in time to recoup some of the viewers they lost recently). It’s one last hurrah for one of the streaming service’s most successful shows, having garnered several Emmy nominations and over four billion viewing minutes when its episodes premiered back in January.

It stands to reason that many of those fans will come back to see how it all wraps up, and it is perhaps this guarantee that has made many of these last episodes more subdued and less captivating than previous ones. Having said that, the show does fulfill the promises it’s set out to keep.

The storyline picks up in a very similar place to its season opener — with Ruth (Julia Garner) overwhelmed by grief. After the death of Darlene Snell (Lisa Emery) and Wyatt Langmore (Charlie Tahan), she is set on making things right, whether that means avenging her beloved cousin’s death or finding a way to make a clean living, away from the Byrdes’ ties to the Navarro cartel.

Meanwhile, Wendy (Laura Linney) and Marty’s (Jason Bateman) marital tensions are at an all-time high due to their opposing views of how best to achieve legitimacy. Their frayed relationship with Omar Navarro (Feliz Solis), Shaw Medical and the shady politicians connected to their foundation is complicated even more when Camila Navarro (Verónica Falcón) — Omar’s sister and Javi’s (Alfonso Herrera) mother — become a key player in that quaint family business that is drug trafficking.

But even this threat pales in comparison when Wendy’s father (Richard Thomas) comes into town, ready to shine a spotlight on Ben’s (Tom Pelphrey) disappearance and question Jonah (Skylar Gaertner) and Charlotte’s (Sofia Hublitz) safety.

With so many moving pieces, the Byrdes are starting to lose a sense of control. Then again, the question has always been, were they ever really in control in the first place? And if so, for what purpose? Because, as Ruth points out, all their criminal activity can’t have been about protecting the family. 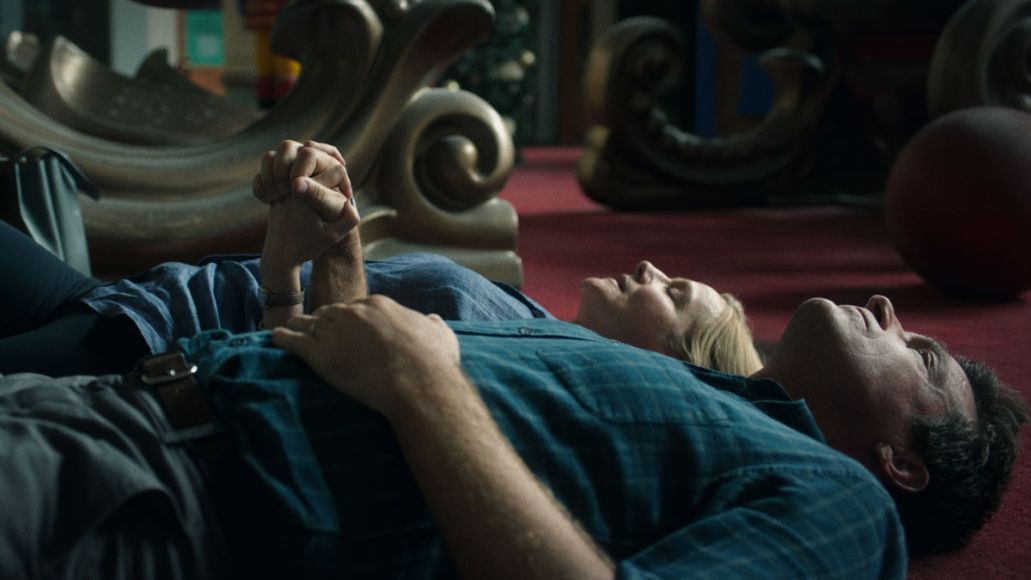 Bureaucratic Ordeals Provide the Drama — For Better or For Worse: Though there are plenty of heart-pounding scenes of violence, and the specter of death looms large, a lot of the conflict is played out with, uh, bureaucratic procedures.

Sometimes, it truly does make for nail-biting situations, given that the any wrong move in the part of the characters can unleash a torrent of devastating and cruel consequences. Will the annoying traffic jam cause Marty to snap? Will Ruth’s juvenile record manage to get expunged? Will a key witness show up to family court? This is by no means a joke; these moments of dealing with low-level authorities and local nuisances are some of the most effective, because they highlight how tight the walls are closing in on the Byrdes.

On the other hand, for them be as effective, viewers need to have a clear sense of exactly what scheme the Byrdes or Ruth or the Navarros or any other player is trying to pull off. And this is where the hiatus might have hurt this final season more than it has helped. The dizzying number of real deals, fake deals, backtracks, psych outs, sabotages, and runarounds have the capacity to both confuse and slow down the pacing.

What’s worse is that it can lull viewers into spacing out precisely when these significant details are being exposed. The result are episodes with stretches that feel like a bit of a chore, even though you know you’ll be rewarded eventually.